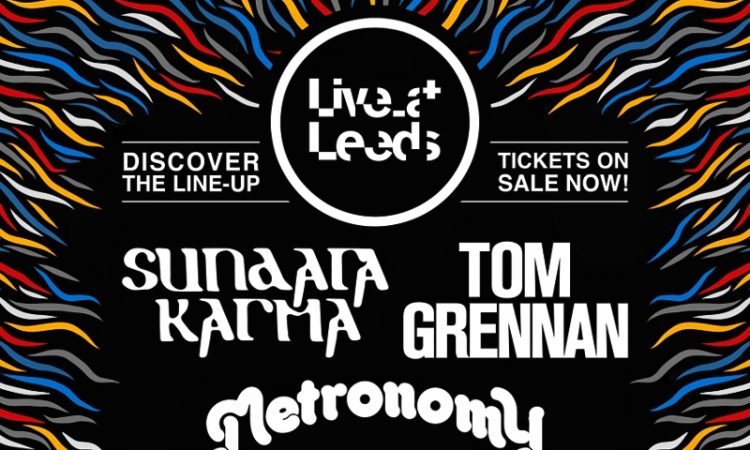 Live at Leeds 2019 with Sundara Karma, Tom Grennan and Metronomy

Returning for its eleventh year, LIVE AT LEEDS this week announced the start of what they promise will be their biggest line-up to date. ARCHIE WHINCUP has the details and chooses his five acts to see from the artists so far announced …

As intrinsic to Leeds’s identity as pints of Tetley bitter, mocking Bradford and football fans living fifteen years in the past [Easy tiger -Ed.], music institution Live at Leeds champions itself as the place to hear the essential sounds of the year ahead, commandeering dozens of venues across the city to play host to the most exciting new acts in music.

Headlining the event in 2019 are Sundara Karma and Tom Grennan, alongside Metronomy. They are joined by Swim Deep, Dream Wife, Black Honey, with hotly tipped Beach Boys obsessives Marsicans making up the local contingent.

“Sundara Karma and Tom Grennan cut their teeth at the event,” says festival director Andy Smith. “It’s amazing to welcome them back topping the bill.” And with hotly tipped new acts Easy Life, Heavy Lungs and Sports Team joining them, Smith added. “This is just the first wave of names. There is plenty more to be announced.”

Live at Leeds can be a logistical nightmare. Seemingly endless queues are commonplace as everyone is desperate to say they were there to see the Next Big Thing. Proper preparation is needed to ensure you avoid that panicked last minute dash across town. Here are 5 acts to plan your day around …

Sports Team Closing their summer with a headline slot on BBC Music’s Introducing Stage at Leeds Festival, goofy London based six-piece Sports Team’s witty and irresistably catchy indie-pop has made them one of the hotly tipped bands for 2019.

Marsicans For anyone even remotely invested in the Leeds music scene Marsicans should be a familiar name. This indie-pop four piece have found themselves going from strength to strength lately, playing huge stages at festivals and regularly featuring on the playlists of national radio. Radio One’s Huw Stephens is a huge fan and, after catching them live, you will be too.

Far Caspian Local outfit Far Caspian formed while students at Leeds College of Music and are signed to Leeds label Dance to the Radio. Combining beautiful, summery guitar lines with dreamy evocative vocals, the band featured as Ones To Watch at a Live at Leeds showcase earlier this year.

Ørmstons Off the back of only two singles, together with some impressive live performances, rising Leeds/Bradford based indie-rock group Ørmstons have rapidly made a name for themselves. Singer Jess Huxham’s powerful vocals and Ørmstons’ punchy choruses make the sickeningly young four-piece one of the most exciting new bands in West Yorkshire.

Metronomy Returning to the city for the first time since 2014, Metronomy’s polished celebratory electo-funk makes them the one show you won’t want to miss when it comes to town.

Tickets for Live at Leeds 2019 are on sale now, details here.