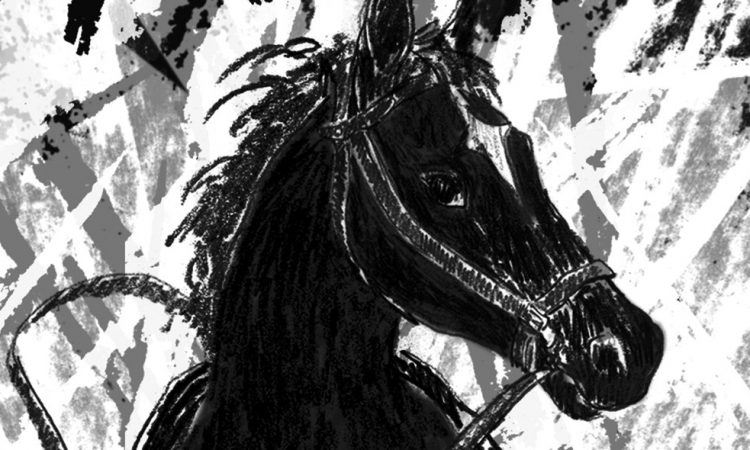 Until now ANNIKA JONES has done a spectacular job of avoiding War Horse in any form. No mean feat. So, who better to send along to Leeds Town Hall to review the Story in Concert?

Michael Morpurgo’s children’s book War Horse, about a young boy and his horse in the First World War, has proved infinitely adaptable: a Tony award-winning play, a Hollywood blockbuster directed by Steven Spielberg and the Story in Concert, with music by Adrian Sutton, the composer behind another adaptation, The Curious Incident of the Dog in the Night.

As odd as I find this fascination with the story of a horse set against the backdrop of an event which resulted in the death of 35 million people, far be it for me to accuse anyone of flogging a dead quadruped.

Beyond the Opera North orchestra – worth attending for in itself – it was difficult to know what to expect. The delightful Juliet Stevenson and author Michael Morpurgo acted as narrators and made for a fantastic combination, bar one or two dodgy German impressions from Morpurgo. Into this mix was added vocalist Ben Murray, not to mention the large choir accompanying him, all undeniably talented, but by this point stretching the limits of my focus.

But, we’re not finished yet!

Above the stage a large screen displayed illustrations by Rae Smith who provided backdrop scenes for the original National Theatre production. These were expressive rather than pleasing, some being completed in real time during the performance.  At one point I stopped listening entirely as I wondered why Smith felt little Emily from the farm in France deserved to be so hideous.

When the performance is an imaginative vehicle for Adrian Sutton’s score, the multitude of accompanying elements starts to feel like compensation, or an overzealous attempt to moisten as many eyes as possible.

Morpurgo compounds this with an anecdote from his years as a teacher, how he had hated that children gazed out the window as he read, instead of at him. By looking at the illustrations taking up half the stage, we were all just naughty school children.

While two and half hours of this did not make for the best collective experience, the quality of the performers was outstanding and worthy of the semi-standing ovation given by the audience at Leeds Town Hall.

No doubt the CD version of War Horse – the Story in Concert (with Joanna Lumley narrating rather than Stevenson) would be gratefully received by fans of the book, play or film.

To find out more about War Horse – the Story in Concert, or to purchase the official CD, click here