When you hear that you’re going to review an underground exhibition with a theme of seeds, love stories and crimes against humanity it raises plenty of questions for the curious – and I’ll be honest – the sceptical. Amar Kanwar: The Sovereign Forest + Other Stories at The Yorkshire Sculpture Park is that rare thing, a collection of evidence with the purpose of telling a story, highlighting a travesty of justice and loss of human life but that also raises more questions that it can possibly answer. I’ll come back to this point a bit later.

The Sovereign Forest is a constellation of film, objects and stories – each element in dialogue with the others. Central to the installation is The Scene of Crime, a 42-minute film shown in the UK for the first time. The film presents the natural landscape of the eastern coastal state of Odisha ahead of enforced acquisition and division by industry for commercial use.

Sat on a wooden bench, in utter darkness, not really knowing what to expect, with all senses entirely focused you become aware of the sounds of the ocean.

An image of a fragile leaf comes onto the screen and stays there for a few minutes and I was filled with a sense of feeling very small – as if the ocean is this great beast that can, in an instant, change the landscape, lives and fortunes of those around.

Through a series of maps, the viewer is taken on a journey that the artist describes as a ‘war against the people and their land.’ There are a few poignant quotes that run through the film, one in particular that appealed to me read, ‘the river was opened out into the sea yesterday’. What did this mean? Surely the river always opens to the sea? By way of explanation the next image reads, ‘it took 4 days of digging to the clear the sand.’ Ah, now it made sense but let’s think about that for second. This is a powerful statement. What it’s saying here is that industry would stop at nothing to make its progress; regardless of the human and environmental cost.

Further on in the film, map 4 shows an image of bindings, old fishing nets wrapped around a wooden pole used as a primitive anchor. The image stays on screen for a while and shows the constant pulling away and tensions around the pole – a metaphor perhaps, poetic evidence against the terrain of conflict or perhaps an allegory to the love story?

The next stage of the exhibition are the organic materials such as the 272 different varieties of rice seed brought together from the terrain of crime, which point to the preservation of knowledge systems as well as the disappearance of indigenous crops. There are handmade books with printed text accompanied with projected images. Read the stories, take time to digest the rice seeds, laid horizontally depicting (to me) a final resting place that further impacts on your sense of injustice and loss. Kanwar has, with compassion and respect, gathered personal histories and delicate narratives that culminate in the Evidence Archive.

The second film in the exhibition ‘A Love Story’ lasts just 5 minutes and documents the breakup of a romance in four acts through music, pace and visual sequences. Set on a rubbish dump at the edge of an expanding Indian city the film presents a world of continuous migration and separations. 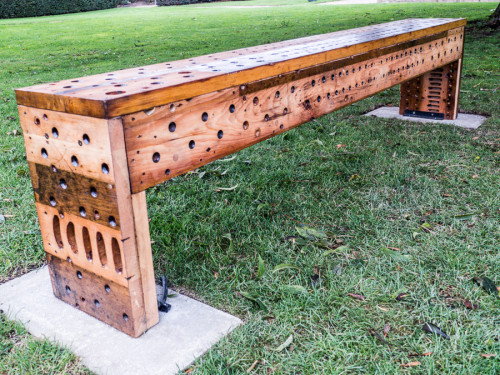 Onwards to the outside installation ‘The Listening Benches’. Produced from recycled timber of a 19th-century organ that was once part of the YSP Chapel the benches line The Bothy Gallery and gives voice to the storytellers whilst allowing the listener a chance to reflect and contemplate.

I have to admit that this exhibition stayed with me for a long time after leaving YSP. I find myself going over the quotes and questions and slowly and through reflection elements of the installation that seemed unconnected at the time suddenly fall into place, meaning lots of ‘aha’ moments and nods of understanding. So much so that I feel compelled to visit again, just to make sure.