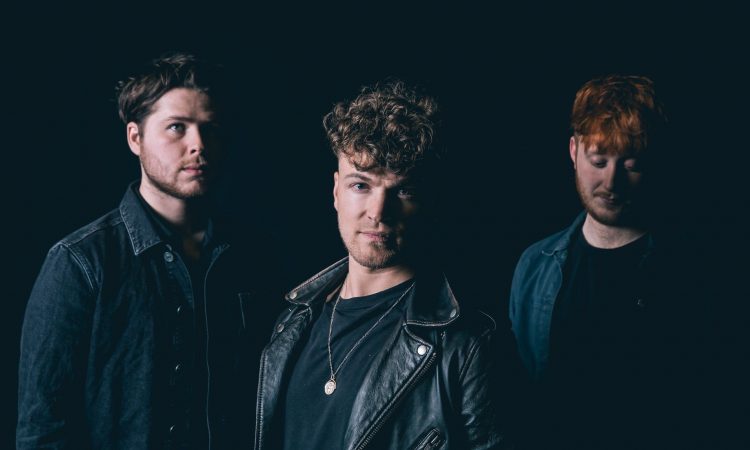 Hotly tipped Silsden three-piece VELVELA are on the road to success, having won the Sound Waves competition under their former name The Escapades. Vocalist SEAN KILDUNNE talks to KERRY MCGHEE about friendship, whiskey and rock ‘n’ roll.

Why did you choose the name VELVELA?

Todd came up with the band name. It is a Latin American phrase for wolf and is a metaphor for the chase between a man and woman, something that is the focus of a lot of our songs.’

Which song in particular?

At the time Prowl was for me, about my ex. We were in the early stages of our relationship, and it was all about the chase. It was all very much about sex and I wanted to take that and put it into something. It’s animalistic and out there at times.

What are your aspirations?

No one is going to achieve what the Rolling Stones have done, but you’d like to be up there and have songs that touch people.

Sean recalls watching a documentary on the Rolling Stones who performed a gig at a town who never had live music there before. Afterwards, the people turned into super fans. Sean would like to connect with people on that level.

(We) want to play at Leeds or Reading Festivals next year and ultimately would like to play the main stage at Glastonbury.

Talk me through the music making process?

We make it as a unit with Todd coming up with a riff; Bowman is on the drums and I can play bass, so I get on that. The lyrics are last and some were finished a week before the Keighley gig.

Who is your audience?

I’ve gone through a process on Facebook to market the band and to push tickets. We’ve found that our audience is slightly biased as 55% are women and 45% men, ranging from 24-35. So there you go, a very precise answer.

What is the best gig you’ve performed?

The best one to date has got to be the O2 Academy when we won the Sound Wave competition. The following year we watched the competition and a band came out with a chainsaw. They were a bit Gothic for me, but style wise I thought, Bloody hell! How do I top that? So I climbed to the roof and chucked a shirt into the crowd.

Do you have any pre-gig rituals?

It entails quite a bit of drinking. I’ve saved a bottle of whiskey for a year specifically to crack open at the Keighley gig.’

What challenges do you face?

As a band we know we have to stay motivated constantly. We are always emailing and looking for future opportunities. There are a million bands doing the same thing as us. It’s about who wants it more.’

How do your session musicians fit in?

We’ve fallen on our feet with these two because they are class musicians. It’s hard to get people in straight away when you are so full tilt. You have to drip feed them in because there is a lot of money involved.

Talk me through you’re latest single?

Our session musicians had a lot of input on how we played Bottomless Rosé live, but the it was created by us three. I was struggling to think of a title. A friend of ours had came across a bar in Australia advertising ‘Bottomless Rosé for $5.’ We thought it was cool and used that.