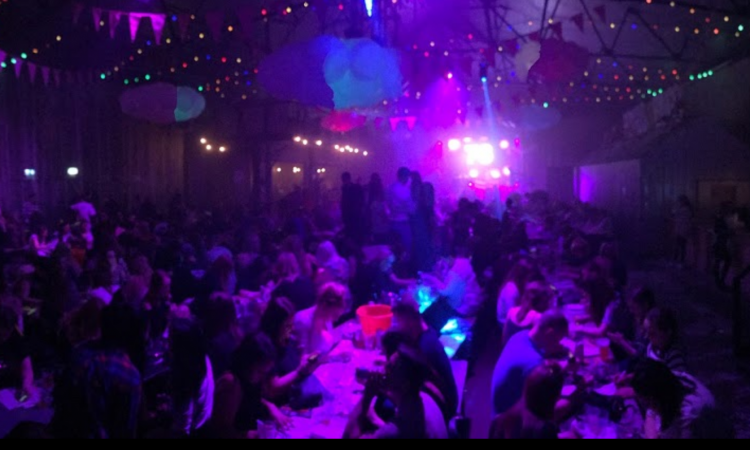 Bongo’s Bingo is the perfect mums night out, as HELEN ROBINSON finds out.

The first time I went to Bongo’s Bingo I woke up the next morning with a giant fluffy pink unicorn happily ensconced on my sofa. My housemate woke up dressed in an inflatable sumo fat-suit, which we vaguely remember her dancing onstage in, to a cheering crowd. It was a Wednesday night and it was lots of fun.

That post-bingo feeling can best be described as an intense yet highly pleasurable shock to the system, leaving a not insignificant amount of confusion afterwards. Rather like you’d be “Tangoed” – which veterans of the 90s will remember from these equally ridiculous adverts…

But with the addition of a whopping hangover.

That was a few years ago, pre-parenthood, when the hangover survival stakes were much, much lower.

Fast forward to May 2019, and the opportunity for a girls night out at Bongo’s Bingo arose again. Only this time, it was a Friday night, and the girls have kids.

MUMS ON THE LOOSE.

Now mums have a bit of a reputation on a night out. Like caged animals we don’t get out very often. So when we do, it can get a bit feral. Some might say we peak too early. But those few hours away from the kids are precious and every last ounce of fun needs to be squeezed out of them.

And let’s not forget that us 30-something mums are seasoned veterans to the party scene. My introduction to partying was with my older brother and his mates, who came of age during the acid house party days, driving round listening to pirate radio to find the location of the rave.

We learned to have fun during the ’90s, famous for hedonism and hardcore. Famous for Trainspotting, all-night parties and weekend benders. We know the score. When it comes to fun, we’re consummate professionals. Go hard or go home. Except now we have to go home at midnight, because there’s no escaping that loud 5am wake-up call that is your kids, screaming for a bottle or poking you in the eye and repeating “can we get up now, can we have breakfast now, what’s for breakfast Muuuuuuuum?!”.

And that’s why Bongo’s Bingo is the perfect mums night out.

It packs a punch right from the start. Within five minutes, everyone is up dancing on the tables, singing along to the carefully selected tune that accompanies each number call (think Homes Under the Hammer-style, pun-based music score.) Imaginatively curated prizes and an MC, Jimmy Sweets, who should have his own stand-up show add to the event’s unique personality. Prizes on our night ranged from a cardboard cut-out of silver fox Phillip Schofield to £500 cash. Not bad for a night’s work.

Before the event, one of my friends asked me what it was like. Trying to describe the indescribable nearly put me off writing this review. I said “it’s like a mix between a bingo night, a techno night, and a karaoke disco”. But that doesn’t really do it justice.

What founders Jonny and Joshua describe as starting as “a bit of a laugh” with a laptop, bingo machine and empty warehouse space in Liverpool, has within four years become an internationally renowned event. Guests have included Vengaboys and Fatman Scoop. You can now Bingo in Bordeaux, Brisbane, Ibiza and even the world-famous Gorleston-on-Sea.

If you’re not a 30-something mum and a night with us sounds awful, don’t let me put you off. It’s a predominantly student crowd. But ultimately everyone is there to have a laugh. So if that’s you, give it a go. You’ll know when you’ve been Bongoed.