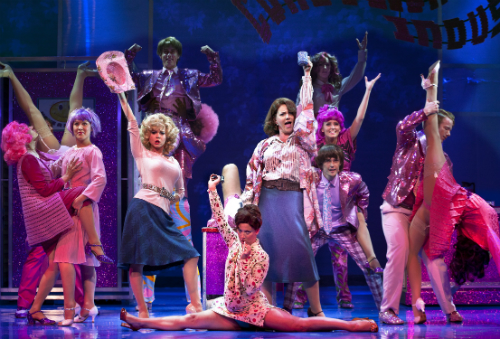 Taking time off from his role as minor irritant in the flesh of the body politic of the city, @LeedsCitizen goes to The Grand to see 9 To 5, The Musical … and knows all the words …

Up goes the curtain and there’s the REAL Dolly Parton, talking to us from the face of a big clock suspended above the stage, like a friendly, hillbilly Mekon with ringlets.

Remember, this was back in the 70s, she beams down as she introduces the characters tumbling out of bed and stumbling to the kitchen, pouring themselves a cup of ambition …

Here’s Violet, the feisty widow who wants to move ahead, but the boss won’t let her in.

Here’s Judy, the shy, gawky one who’s never touched a typewriter, on her first day in the pool because her brute of a husband’s left her for his secretary.

And here’s Doralee, the sassy office Barbie with the quick wits and big blonde hair.

“Girls” like them on the job from 9 to 5. What a way to make a living! In the office where they work it’s all taking and no giving.

If you’ve seen the 1980 film (with Dolly, Jane Fonda and Lily Tomlin) you’ll know pretty much what happens. Franklyn, the boss man, is a bullying lech of a jerk, who ogles and gropes and keeps the “girls” down … you get the picture.

When he goes too far, they plan and execute their revenge, singing as they go.

It’s Dolly. The songs are good. Nothing as memorable as the title song (we all stood up, jigged about and whooped and hollered along with Dolly – Thank you, Leeds! – beaming down at us at the end), but plenty of that bluesy, country-inflected pop that she does so well.

In fact it’s a boisterous romp of a musical, with plenty of sharp, one-liners of the sub Nora Ephron variety, and Dolly’s brand of brassy, cartoon feminism centre stage:

Under this hair is a brain, not that you’d ever care/And you only see tits, but there’s a heart under there, sings Doralee in what’s the best new song of the show, ‘Backwoods Barbie’.

You do that again, your ass is grass and I’m a lawnmower, she quips to the boss.

I’d like to take those double Ds, hold them oh so close to meeee, croons the boss, nose pressed up to Doralee’s ample cleavage in a reverie, like a cross between Dick Dastardly and Benny Hill.

The biggest whoop of the evening from the mostly female audience came when Doralee/Dolly thumped the villain in the crotch to escape his attentions.

No complaints about the four leads either, and there’s even a show-stealing cameo from veteran singer and hoofer Bonnie Langford, who I hadn’t seen since she was the apple of Hughie Greene’s eye. 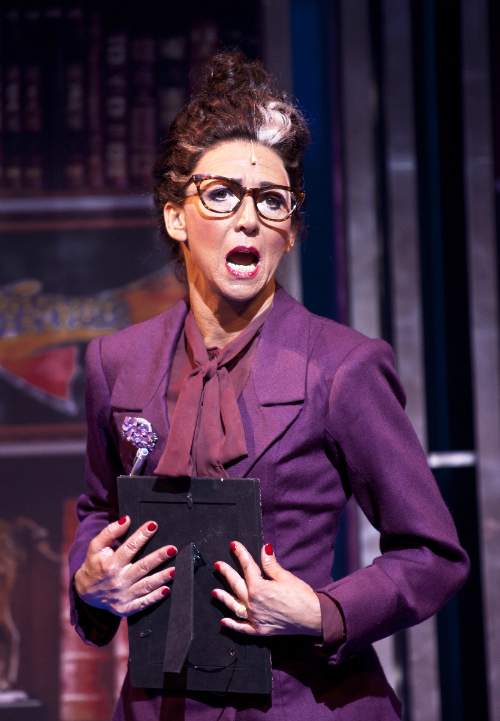 Remember, this was back in the 70s. The whole world is going to change, Dolly warned us at the beginning.

Those offices of the 70s with their typewriters, oranges and browns, man-made fibres, weird hair and big lapels are like a foreign land. No more bullying male bosses, no more ogling and groping, no more seeing the tits and not the brain, no more glass ceiling, no more you mean the men are getting better pay than us!…

What say you, sisters?