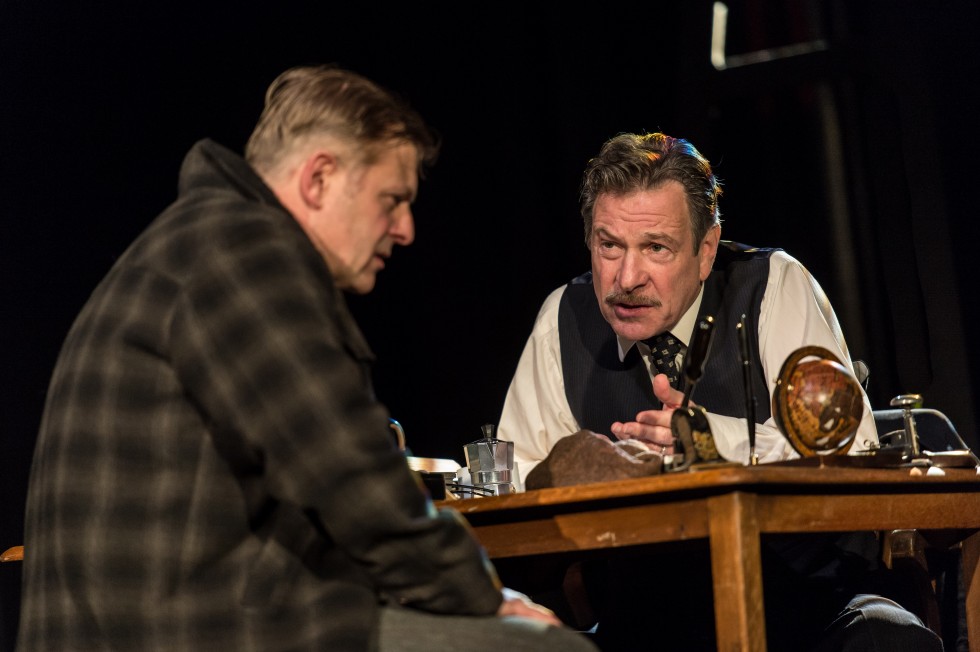 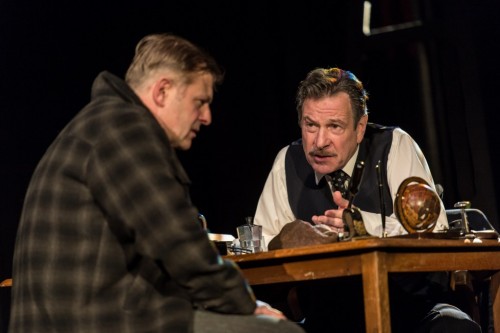 This Touring Consortium production of Arthur Miller’s seminal play on the failure of the American Dream gradually builds tension to a fever pitch. It explores the psyche of longshoreman Eddie Carbone whose repressed sexuality and bigoted homophobia are fired up by the appearance of Italian immigrant Rodolpho.

Alfieri (the very capable Michael Brandon) is the voice of sanity and reason in a tempestuous world and recounts the narrative as it takes its shape as both the voice of Miller and his lawyer character too. Jonathan Guy Lewis’ Eddie is played with gusto and a great range of emotions. While Daisy Boulton’s Catherine captures her naivite and innocence whilst also seeing her ready to fly from the nest without upsetting Eddie, her over-protective guardian who has done so much for her.

James Rastall as Rodolpho is a camp, blonde-haired, falsetto-voiced youth, who idealises New York and the American Dream. But there is a growing almost unbearable animosity between him and the head of the house, Eddie, with the constant threat of violence that inevitably eventually becomes real. Teresa Banham is Eddie’s longsuffering wife in a sexless marriage who is irritated by her husband’s obsession with their niece. 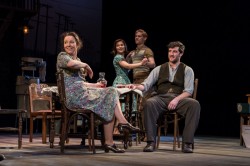 Philip Cairns is the colossus Marco, a hard-working and down-to-earth family man who sends his hard-earned dollars back to his family in Italy. His part in the denouement is particularly shocking as he had done everything to please Eddie as his guest but now seems him as a ‘rat’. The show benefits from crystal-clear direction by Stephen Unwin and functional but inventive and atmospheric design by Liz Ascroft. A compelling play that reveals Miller’s genius as one of America’s greatest playwrights in this his centenary year.