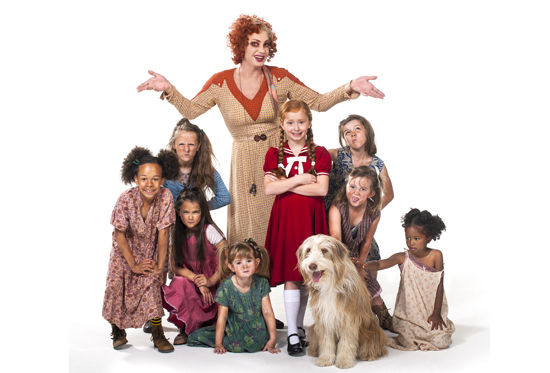 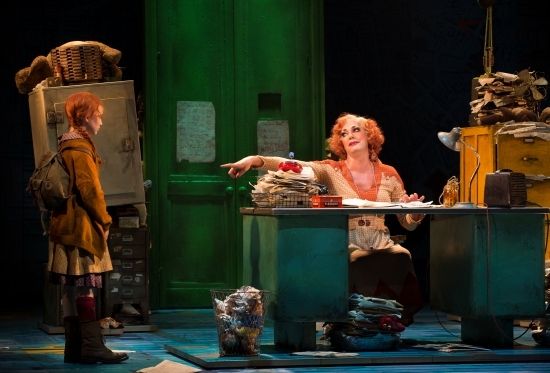 Annie is a very likeable, charming and witty character. She is determined to leave the orphanage and she is resilient throughout even though her circumstances are pitiful at the beginning. As the protagonist Madeline Haynes’ singing ability was incredibly strong and it was like watching a grown voice coming out of a small child. Her performance, as well as the other child cast, had so much energy and conviction. I could identify with their situation and how being in that environment might be really tough to cope with.

In terms of the musical theatre the whole cast did remarkably well and the musical numbers carried the show along seamlessly, it was a flawless show. Overall it made me feel inspired to be optimistic

The direction was very cleverly done because each scene linked to the next piece of narrative effortlessly so every scene supported the next. There was never a moment which didn’t engage you because the dances and the singing were breathtaking. 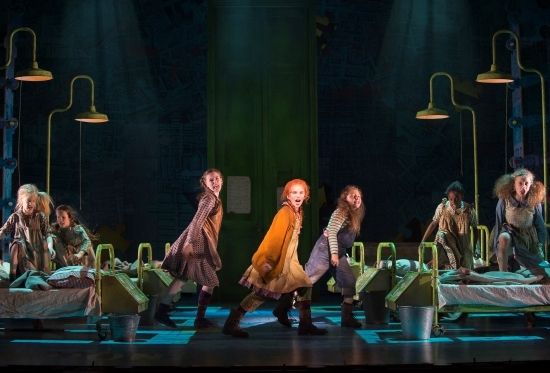 The staging was very functional yet also quirky and creative. The use of authentic props and Americana objects were very funky. The set design and lighting merged together wonderfully as the various jigsaw pieces lit up to help the atmosphere change for each scene.

It just goes to show that when tough times happen keep hope for the future because your life can turn around so never give up! This was as an excellent show to see and any age can relate to it.

Reviewed by 13yo Ava Sims on 29 September at the Alhambra Theatre where it runs till 3 October http://www.bradford-theatres.co.uk/whats-on/annie and touring http://anniethemusicaltour.uk/tour/