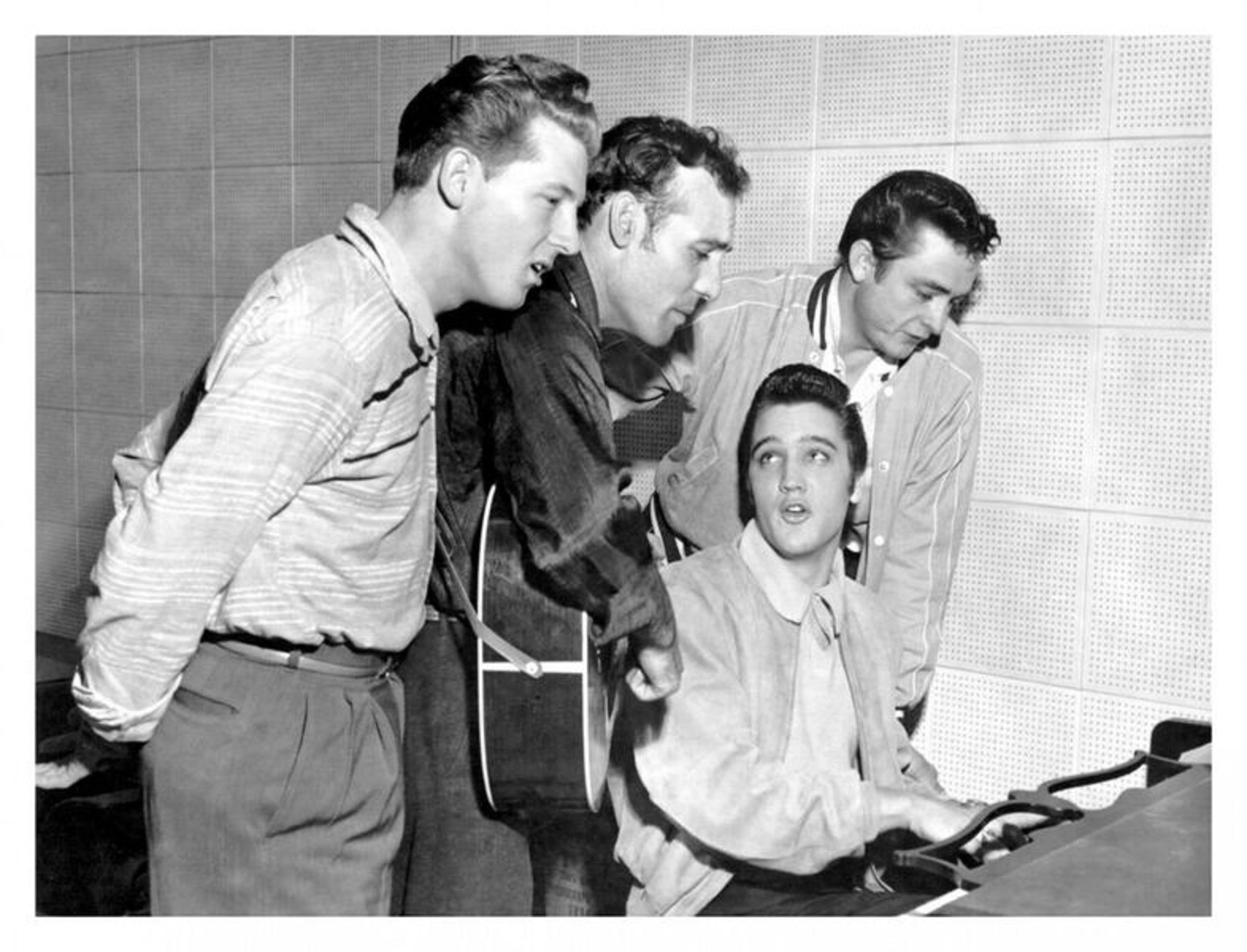 Last week Pam Ayres launched her autumn 2017 tour at York Theatre Royal and now former Blue Peter presenter Peter Duncan is starring in the opening night of the tour of the Million Dollar Quartet at the theatre.

These tours are quite different, but have one commonality. Pam Ayres is Pam Ayres live on stage reciting her poetry and as the curtain rises for the Million Dollar Quartet an announcement reminds us that everything we are going to hear this evening is likewise, being performed live on stage. In a world where we have perhaps become too accustomed to hearing auto-tuned pretty faces being propelled to number 1, it is worth the reminder that Million Dollar Quartet is a depiction of one night in the recording studio of Sun Records in December 1956, when records were played and recorded live by artists like Elvis Presley, Carl Perkins, Johnny Cash and Jerry Lee Lewis.

What happened that night was a gathering of these stars organised by Sun Records founder Sam Phillips, played by Peter Duncan.

This is no casual just passing type of gathering, each of them has a very specific reason for being there. Even Mr Phillips, himself is considering a very attractive opportunity. But what decisions will they make and how with those decisions affect their future careers?

As the different characters arrive they use the songs they have written and performed to reminisce about their shared past, both the good and the bad times and the reasons why they have had cause to fall out. It’s something that we all do. But, not all of us can claim to have written or performed the songs that define our memories in the same way that this group of young men can. The result is an evening packed with rock’n’roll classics, that has the room pumping until the curtain comes down!

Yes, I know that the Million Dollar Quartet is essentially a juke-box musical of which we have seen a lot in recent years. But, Million Dollar Quartet has what it takes to make a good musical, a damn good story. It has a well written script which gives the characters the opportunity to display all of the emotions they are experiencing as they each deal with their individual dilemmas about the future, and manage how that conflicts with the loyalties they hold to their past and their present.

We get to see how the personalities and egos clash as some see their stardom rise, whilst others are realising that success does not go on forever. We also see what binds these musicians and how that enables them to support each other, in the unspoken way that young men do. As a result we see them grow and move on, each letting go of the past and reaching out for their dream.

Throughout Million Dollar Quartet every piece of music blends seamlessly into the plot, so that, if like me you are only marginally familiar with the songs it does not matter.

The cast is led by Peter Duncan, as Sam Phillips, a man who has to deal with wanting his prodigies to be both successful and yet stay the same. He is joined by Jennifer Caldwell who plays the girlfriend of Elvis Presley in supporting the four main male characters, Ross William Wild as Elvis, Matthew Wycliffe as Carl Perkins, Robbie Durham as Johnny Cash and Martin Kaye as Jerry Lee Lewis.

Caldwell has two songs which she performs expertly, demonstrating that rock’n’roll was not an exclusively male genre but Million Dolar Quartet is a show about the men.

It is difficult to pick out any single performance. It is evident that they all share the same love for music, as the characters they portray. They are born musicians for whom their instruments are an extension of their bodies. There can be no other explanation for the way in which they perform so adeptly with both ease and evident passion. They can play, they can sing and they can act, all at the same time, so watching Million Dollar Quartet feels like being a fly-on-the-wall of the studio rather than an audience member in a theatre.

Where did they find these guys?

Well, I don’t know but I do know that you can find them as the Million Dollar Quartet at York Theatre Royal until 23rd September