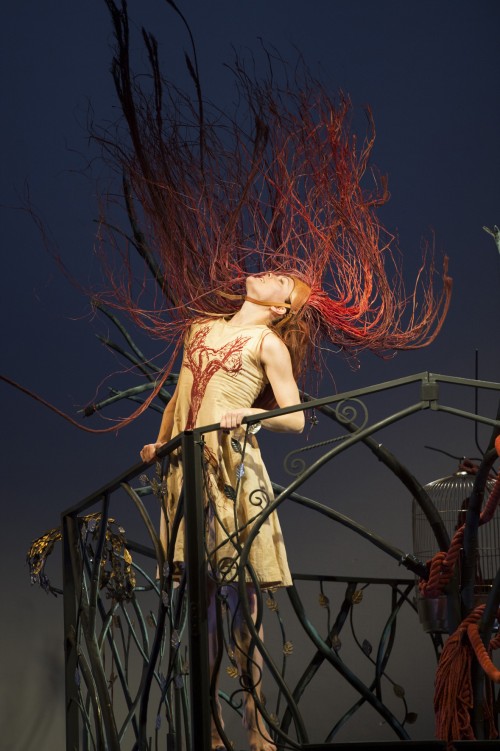 This is a modern take on Rapunzel, having been specially written by poet laureate Carol Ann Duffy and is a return to the original dark Grimm story. Choreographer-Director Liv Lorent is working with a ‘dream’ team as well as Duffy in this collaboration: costume designer, Michele Clapton, who also worked on the swords-and-sorcery television series Game of Thrones; and musician Murray Gold, whose work includes Doctor Who. There is a seamlessly integrated community cast, who are gathered from the local area near each venue the production visits. We see some gorgeous moments which add such warmth to the production.

For me, a production based on a fairytale is a huge selling point. According to Bruno Bettelheim, the fairy tale speaks to our adventurous side, eliciting courage, persistence and the over-coming of obstacles – very relevant in our current culture. The story of Rapunzel is probably my favourite of the Grimm stories – all that embracing of powerful femininity. It reminds me of Angela Carter’s Bloody Chamber, with it’s quality of both the enchanting and the very human. Duffy has done a great job here: the language is inviting and clear, lulling us into the story in darkly magical ways.

The opening image of wrought iron walls is very striking: one by one young Rapunzels fill the stage, enacting childhood games, and we are transported to a world of innocence. There is a sense of themes running through multiple areas of the production: the quality of Rapunzel’s hair is reflected, in the ‘rampion’, the design, the costumes. There is a theme of gliding too: the walls and bed glide around the stage, and the witch has roller skates on as she prepares to claim the baby Rapunzel. This is really effective tool – giving her that mystical enchantress quality. There is a wonderful scene in the second half when the witch tricks the prince with rapunzel’s hair, and as they struggle, the shadows of this fight are projected in quadruple on the backdrop. The music is also fabulous and characterises the action so well.

My favourite costume designs are the creatures played by Gavin Coward and John Kendall who are just so watchable. They look prehistoric and mythical: heads and scales sit on the dancers’ backs, and their writhing and crawling movements really bring these creatures to life. As Rapunzel grows, we see them bond with her like they are her pet labradors: they leap around her, she rolls with them, even climbs on their backs, which is just lovely. 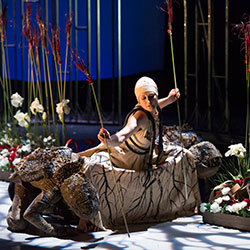 For me this was well worth the 120 miles round trip from Leeds to Hull, despite the heavy rainfall that had me sliding around the M62, and I think the packed audience at Hull Truck Theatre agreed with me about the quality of this work. I was speaking with one audience member at the end of the show, who had come to see this piece because she had resolved to see more ballet. New to balletLORENT, she brought three friends with her, and they all really enjoyed the show, using words like ‘mesmerising’ ‘exquisite’ and ‘expressive’ to describe it. I loved this idea of having an ‘arts resolution’! In the current climate of Arts cuts, perhaps we could all be resolving to see a bit more of what we love? And even better, bring our friends with us? It is said that ‘dreams are something that we grow into’. Maybe we ‘art culture lovers’ can grow into ours?

So, my request: go see one extra show, exhibition or your own personal ‘flavour’ of culture this season. Then tweet about it with hashtag #Firstofmany. Better still, go see Rapunzel – I dare you NOT to be delighted.
More images from Rapunzel: 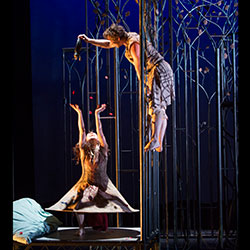 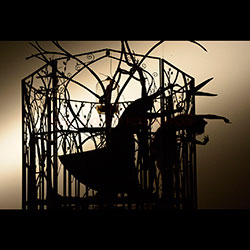 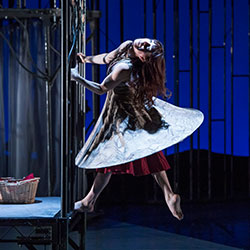 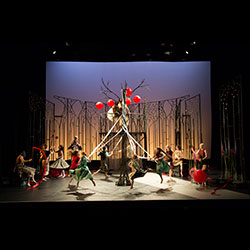 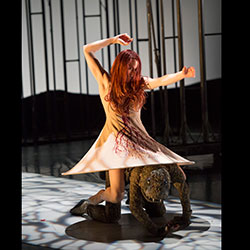 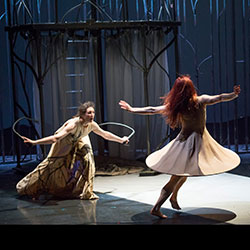 Zoe Parker is a choreographer and dance artist who blogs about culture, dance and wellbeing.

She is one part of @yorkslifeaqua a dry land synchronised swimming team coming to a water feature near you.