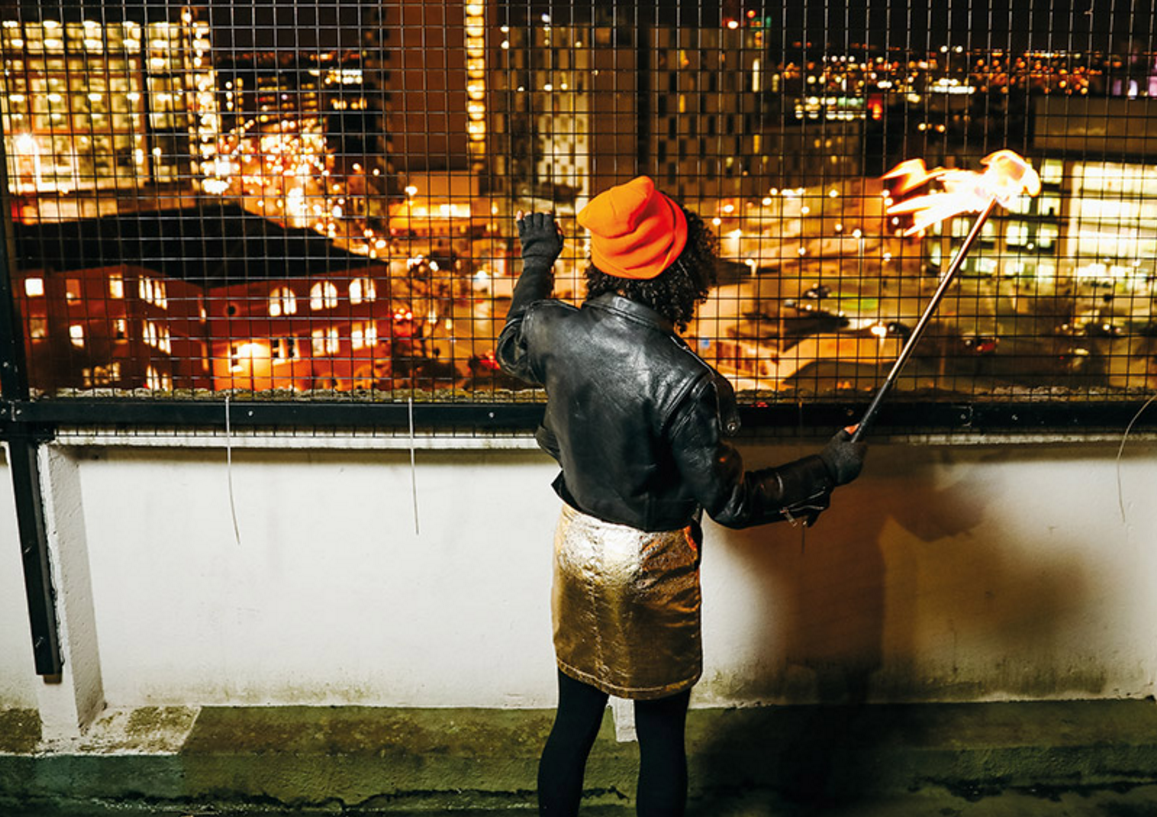 We assembled in some kind of industrial yard in Holbeck, a fitting setting for the darkest corners with a sea of glowing headsets from the audience as we perched on pallets, there is a lit stage area in front of us with a warehouse as a backdrop and an open sided van with instruments set up in it. The fact that we are quite far away and that the space is so vast makes you feel rather small in comparison to the large stark area around you.

As a female audience member I could relate from the word go to the inner dialogue from the main character I’m sure most women at some point have had the walking home alone paranoia, thinking anyone who comes anywhere near you is a potential rapist or murderer. It was interesting to hear it verbalised and actually made me feel more validated for thinking it but also question it.

The show took us round different Countries showing that the same problems were experienced by women all round the world and in the cases of India and Mexico some incredibly extreme rape prevention methods were available such as the ‘Rape Axe’ which is a device like a condom but with wire barbs inside that would stick into a perpetrator (I’m sure you get the picture!) It is very shocking and sad to think that these devices are necessary. This was reiterated in the punk style song ‘we don’t want to carry knives’

There was a lot of references to the media’s coverage of ‘rape culture’ labelling women as victims and wanting to present all the gory details of cases in the media while at the same time condoning products like a ‘Keep calm and rape me’ T-shirt.

The highlights of the show for me was the ensemble cast who were collectively amazing singers, musicians and dance performers, the dance sequences were really great. The use of car headlights to light the characters recreating that feeling of dread you would overtake if you walked past a car and its lights suddenly went on. There was also every woman’s worst nightmare scenario of being locked in a taxi with a murderer.

Though this is a very heavy subject matter I did leave the performance with the message of hope that, even if you have experienced this type of violent crime or are just afraid of it happening, it does not define you or run your life. It is not about being a victim but simply being vigilant but not to let fear rule your life shown in the ‘What we would do if the night was ours’ sequence. Reclaim the night ladies.