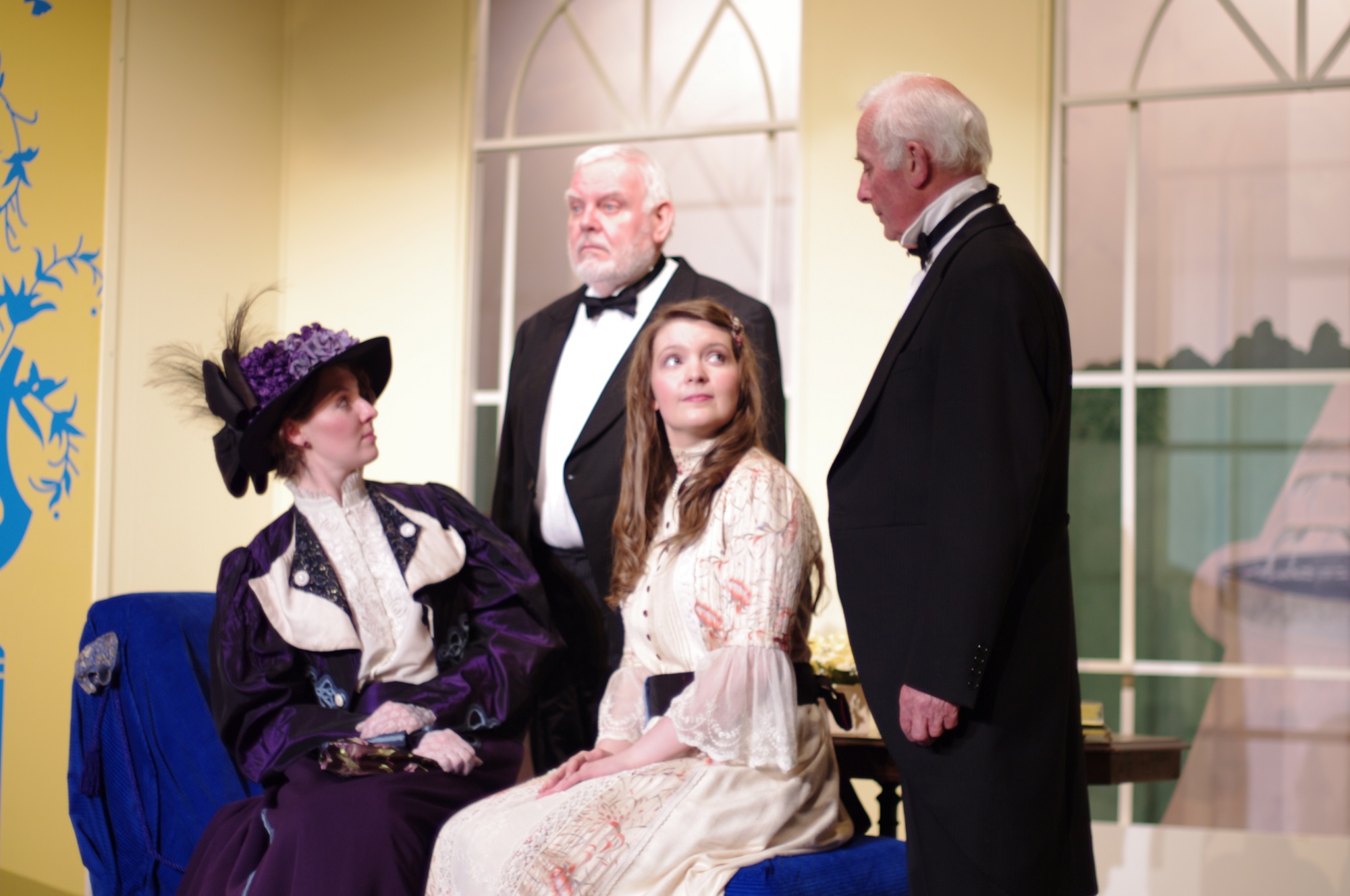 Oscar Wilde may have written that ‘details are always vulgar’. But in Adel Players’ latest production of Wilde’s The Importance of Being Earnest, it was the details which truly made the show. Accompanied by some jaunty music, the curtain opened to reveal a wonderfully realised set, complete with a fireplace, china dogs, a chaise longue, some golden drapery, and a vase of sunflowers and irises. So far, so Wilde.

Once the play began, the performances enlivened the backdrop further, particularly the witty ripostes thrown back and forth between Algernon, played by Chris Andrews, and Jack, played by Jon Holmes. Their fast-paced interaction was a highlight, especially as they became sharper and quicker as the play went on. Jon Holmes truly embodied the earnestness of Ernest – he even smoked in a deliberate, studied way – and also captured the character’s absurdity. This was especially true in his scenes with Gwendolen, played superbly by Helen Duce, whose mannerisms, sharp inhalations of breath, and high-held chin brought to life Gwendolen’s exaggerated gentility, complete with plummy accent, knowing looks, and graceful sweepings across the stage. 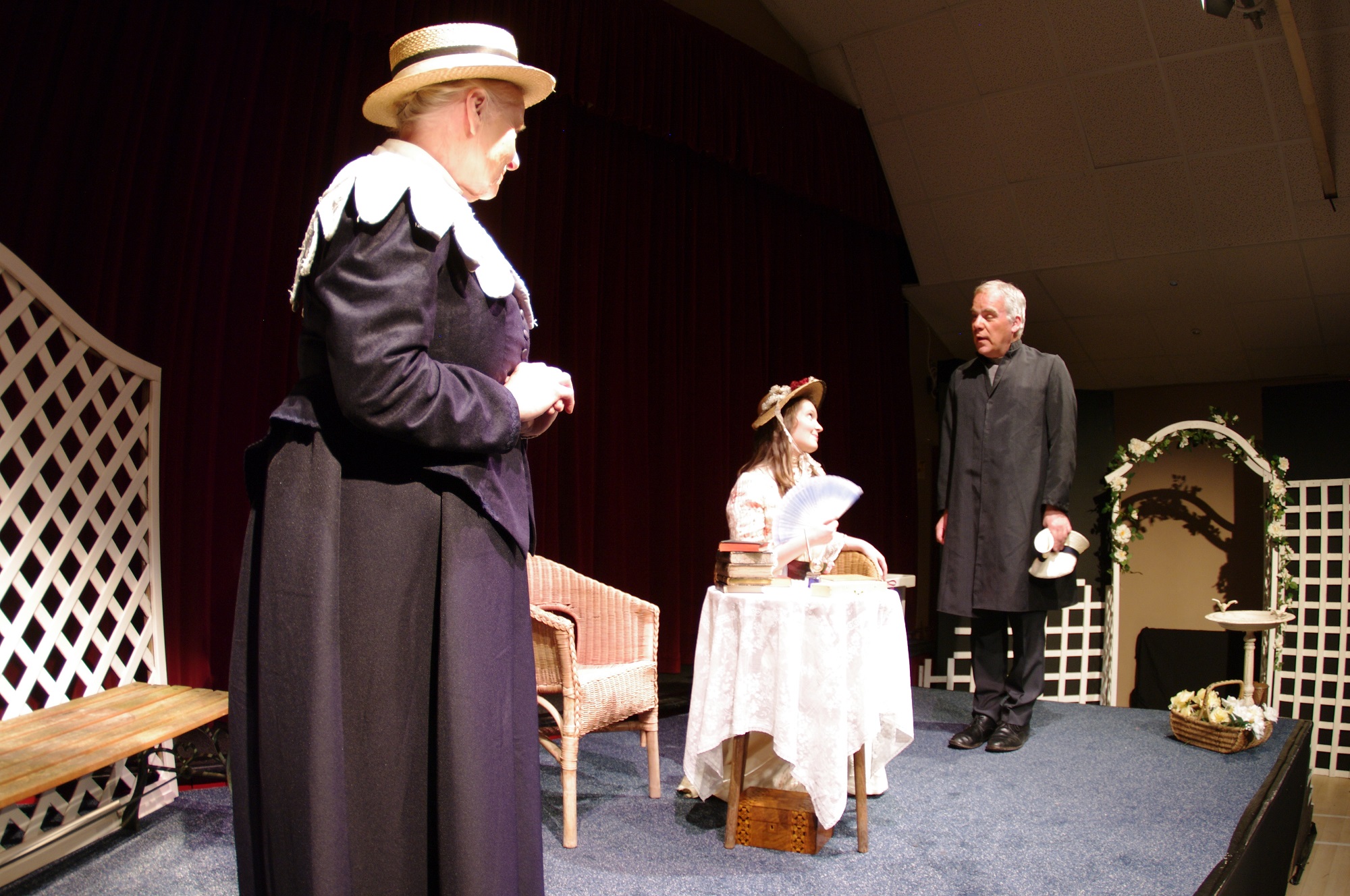 Chris Andrews was a great foil to Jon Holmes’ more serious, but no less amusing, performance. His facial expressions – particularly when discussing his desire to meet Jack’s ward, Cecily – drew much hilarity from the audience, and his ability to balance smarminess with charm was spot on for the character of Algernon. Holly Davenport performed the sweet naivety of Cecily perfectly, and her wide-eyed delivery contrasted well with the double entendres of Miss Prism, played with amusing exaggeration by Pat Riley. Her rolled ‘r’s and habit of exclaiming ‘oh’ whenever Rev Chasuble (the wonderfully deadpan David Pritchard) complimented, touched, or looked at her all added to her performance of the ludicrous Prism.

Carol Crossfield’s Lady Bracknell was a study in understatement, taking the character away from the more typically booming, dramatic portrayals. When she quizzes Jack about his parentage, the little details such as waving her stick, tearing up the piece of paper, and repeating the famous line “A handbag!” twice all encapsulated the snobbery of Lady Bracknell, building to a crescendo at the end when she flounced from the room in outrage. The intermittent appearances of the two butlers, Arthur Duce’s gruff Merriman and Bruce Chalmers’ permanently appalled Lane, injected more laughs into the evening. 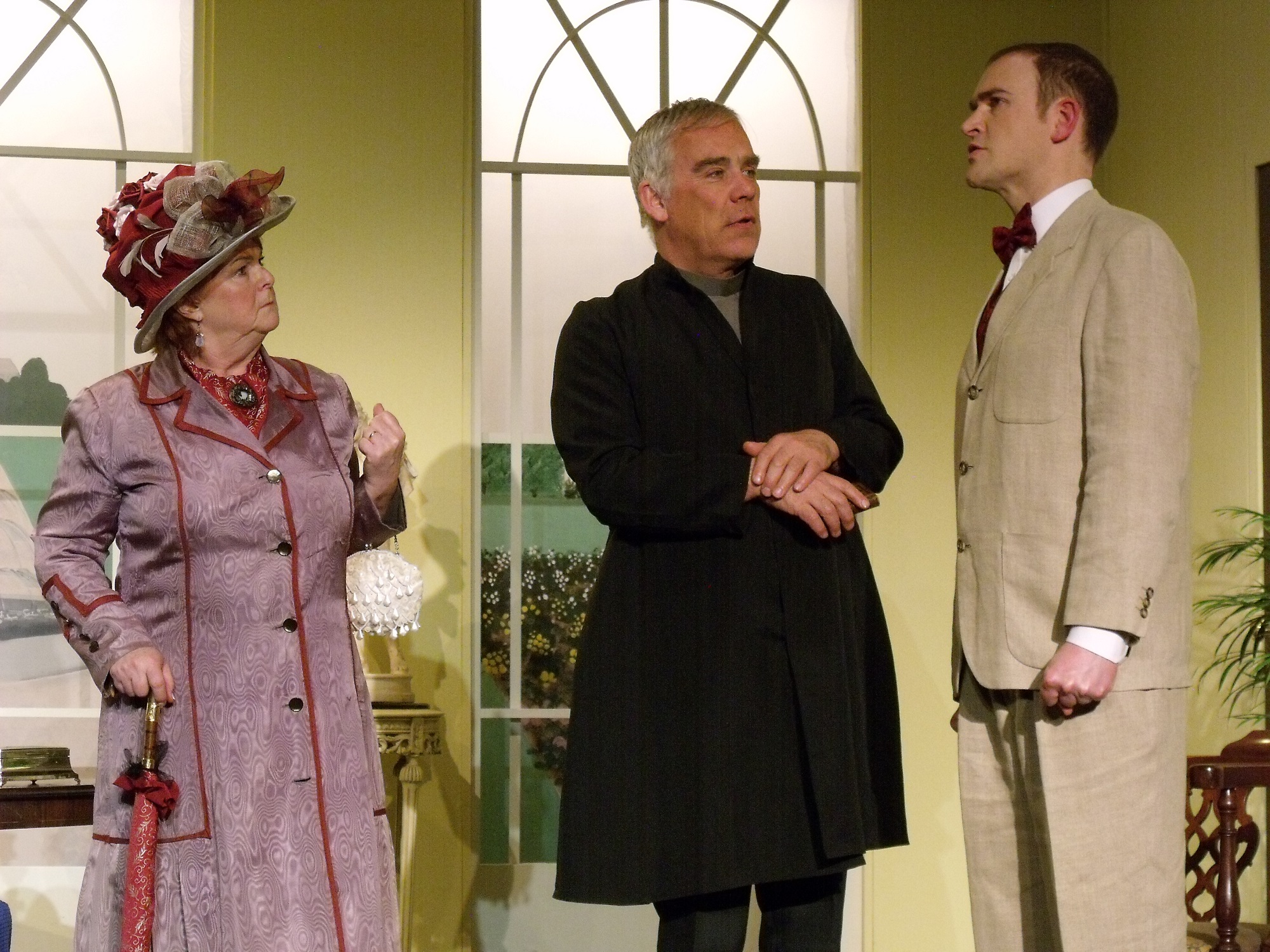 Something must also be said of the costumes. Again, the attention to detail was a treat. For the country scenes, Lady Bracknell’s handbag, cravat and parasol were all in a matching Chinese crimson silk pattern; whilst Gwendolen’s town and country ensembles were suitably extravagant and stylish, in comparison to Cecily’s sweeter and less sophisticated outfit. Gwendolen and Lady Bracknell’s hats were also beautiful features, distinguishing them as city-dwellers not suited to the simplicity of country life, as characterised by Cecily’s simple bonnet.

The play was a delight to watch, particularly since the performers upped their comedic pace with every line, right up to the final moment when the lights dimmed and they all froze mid-embrace, leaving the audience with a lovely cameo image: another wonderful detail. 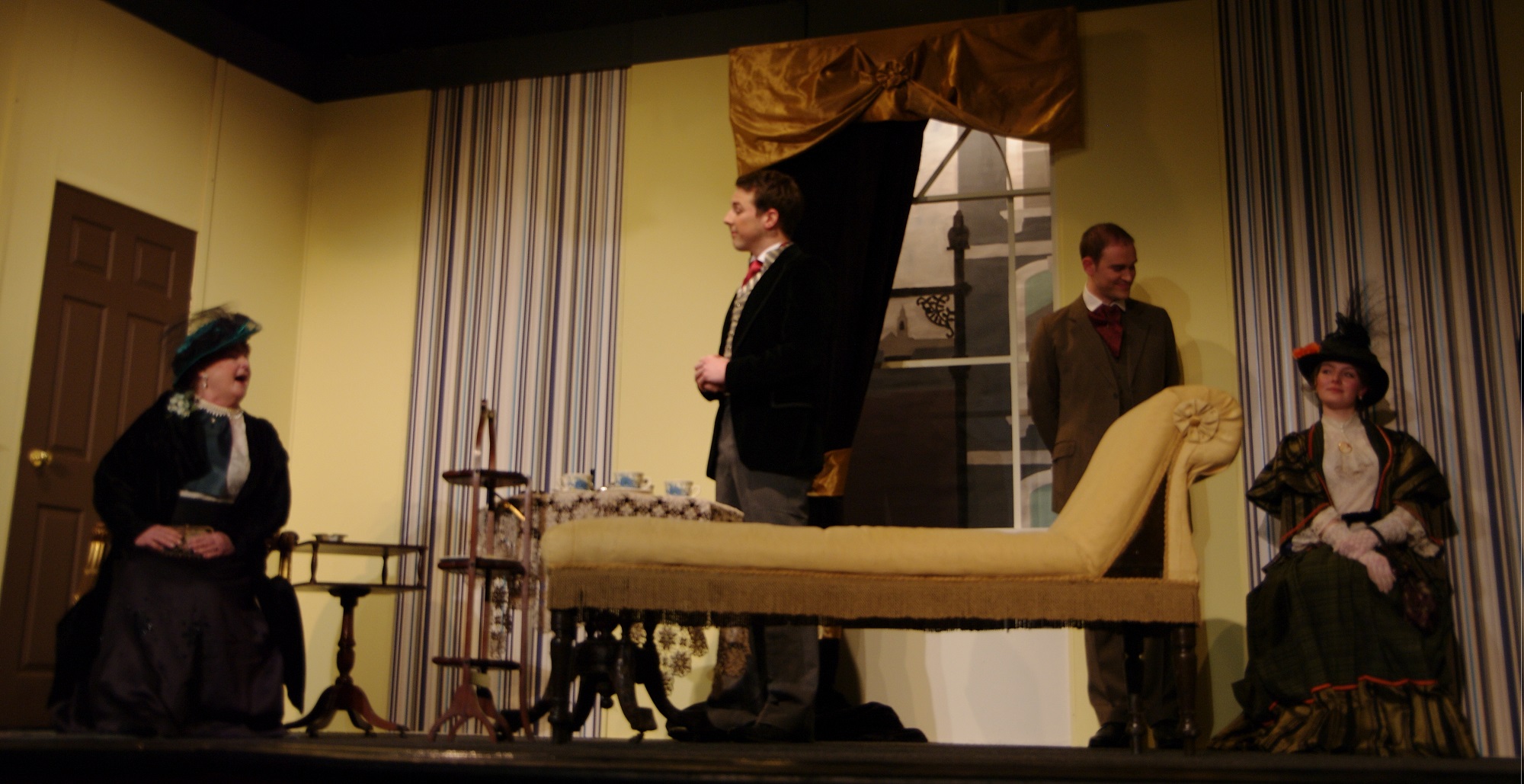