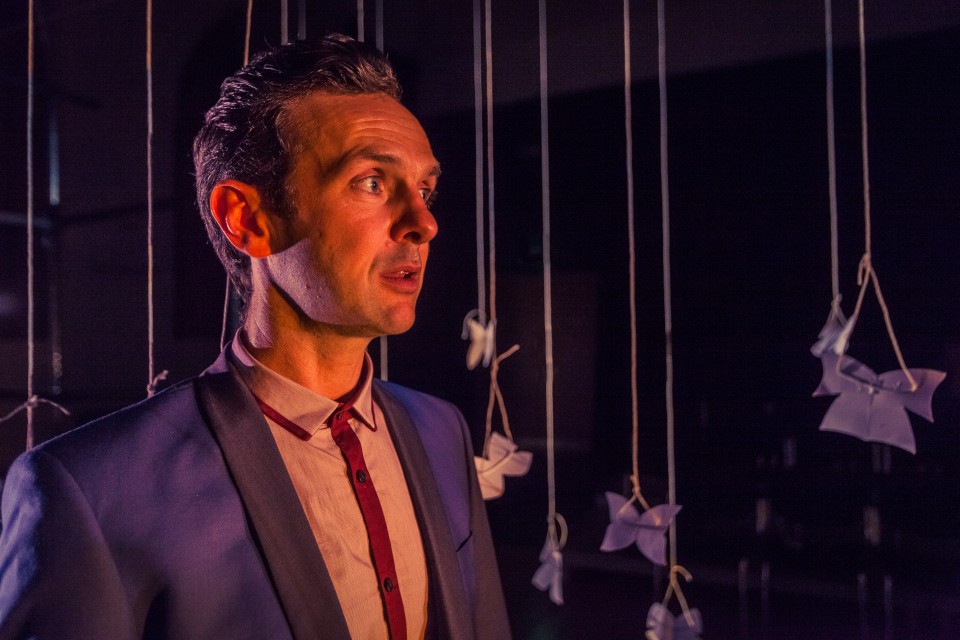 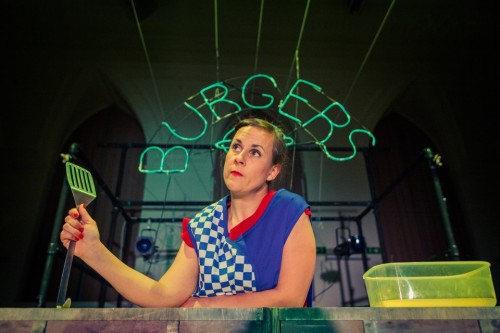 Third Angel’s The Life and Loves of a Nobody is a two-hander performed by the capable if restrained Nick Chambers and Rachael Walton. It consists of the boring ordinary life of Rachel – who we at first do not see but hear in a voice-over – being retold in the form of a game show, replete with cheesy muzak to punctuate specific points in the narrative.

I’m not really taken in by Andrew Stephenson’s deliberately low-tech and make-do design. At one point a group of paper butterflies are brought centre stage and then simultaneously dropped to the floor, but hardly moving the narrative forward whatsoever. And similarly when Rachael exchanges rings with her fiancé it is an awkward and irritating intermission.

In a way Rachael’s life isn’t all that dull: she has a miscarriage, gets divorced and even runs away to join the circus before her job in a nursing home. It is here that she receives a mysterious visit from her estranged father, but again this is not dealt with melodramatically, more just part of a sick game.

The acting is detatched, almost like Brecht’s notion of ‘acting in quotation marks’ but deliberately prefers to depict miserable mundanity rather than existential ennui, Beckett, this ain’t! Without being a spoiler Rachael desires to be immortalised in fame, like a modern-day Marilyn Munroe or Princess Di. But the denouement is totally unsatisying and unresolved, and what’s more, I’m not sure if we really care.

I’ve always enjoyed previous Third Angel productions, and many may disagree with me, but this is simply not the company at its best.