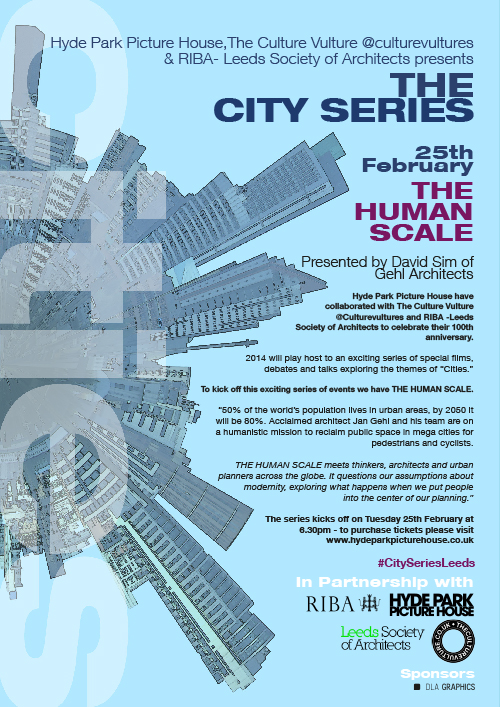 I’ve often poked a bit of gentle fun on here at the idea promoted by our city leaders that Leeds could become the “best city”. I mean, look at the global competition … 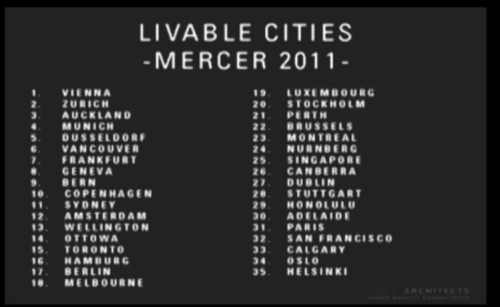 One of the most interesting things about that list of “best cities” is the fact that a guy called Jan Gehl has been involved in designing roughly a third of the centres of those places. He’s someone you’d think we ought to be listening to in our not-quite-top-thirty town, someone we ought to get along for a look around and maybe ask a bit of friendly advice.

Well, we have … almost. Jan couldn’t make it (for personal reasons) but The Culture Vulture has persuaded one of his team, Partner, David Sim who features in the film, to come and talk to us at a screening of a film about the work of Jan Gehl Architects, The Human Scale, later this month …Tuesday 25th February 6.30pm to be precise

In fact we’ve teamed up with the Leeds Society of Architects and Hyde Park Picture House to bring you a series of ten films (to begin with), each one screening on the last Tuesday of every month, looking at what cities mean to us and how we can make our cities more livable. Each film will be introduced by an architect/writer/critic/campaigner and there will be a question and answer session after every show. The Human Scale will kick the series off. 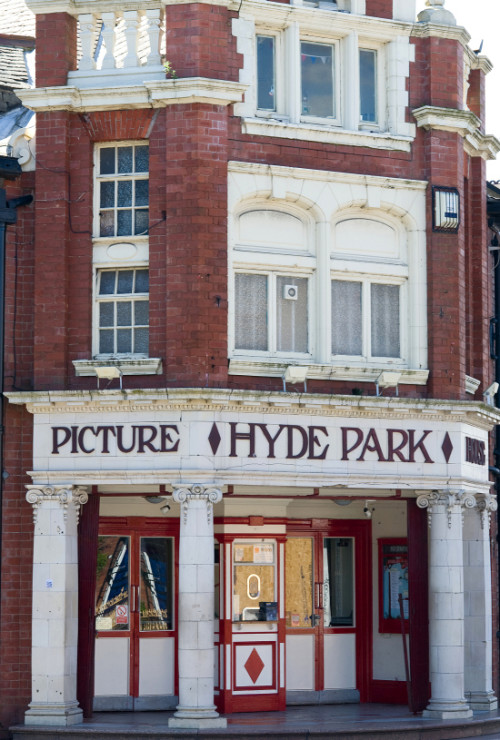 Hyde Park Picture House celebrates its centenary this year and we couldn’t think of a better venue to host this with us. It’s got Gas lighting! A curtain! A balcony as well as stalls! And Hyde Park is possibly the most “human scale” place around … though the humans were about a foot shorter when it was built, so it’s quite cosy and intimate for us six foot types. 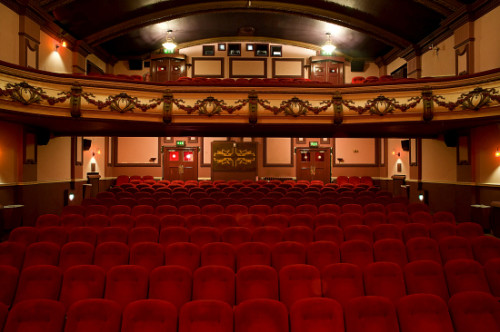 See you there? We’re told tickets are moving fast so don’t delay get yourself booked on to this rare one off evening.