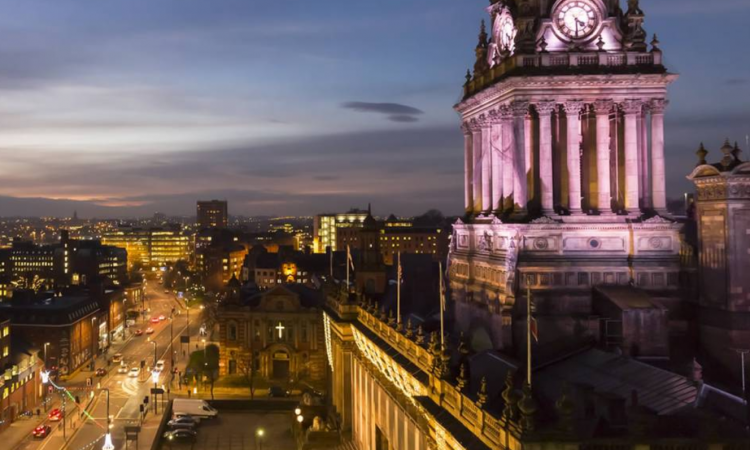 The Orchestra of Opera North put on a truly magical Christmas concert on Sunday afternoon at Leeds Town Hall.

The opening half of the sold-out event saw the audience treated to themes from John Williams’ soundtrack to Harry Potter and the Chamber of Secrets (2000) and Tchaikovsky’s The Nutcracker (1892), the latter complete with accompanying images and spoken narrative.

After the interval, the musicians returned to play the full version of Howard Blake’s The Snowman (1982), Raymond Briggs’ classic animation projected on a big screen.

Conducted by Ben Palmer, the orchestra began by playing five pieces from Williams’ Harry Potter and the Chamber of Secrets, starting with the warming opening chords of ‘Fawkes The Phoenix’.

Adults and children of all ages were utterly engrossed in the concert from the word go, so well-chosen were the pieces on offer.

As the orchestra moved on to Tchaikovsky’s The Nutcracker, the ingenious inclusion of projections of Emily Carew Woodward’s illustrations, coupled with Ashley Wass and Mathew Trusler’s highly entertaining narration, beautifully read by John Savournin, was an even greater delight.

In a world where children are being overwhelmed by digital technology, here was proof that classic fairy tales and masterly music still have the power to enthral young children and adults alike.

As a handsome young prince emerges from the broken nutcracker toy and whisks the young girl Mary away to meet the Queen of Sweets at The Palace of Sweets the images and slightly modernised narration really brought the magical world of The Nutcracker alive.

Mary enjoys “tangoing with a Twirl”, and “playing marbles with Maltesers”, the absurdity of the comic narrative enchanting in its poetic phrasing, with famous themes from the ballet in the background.

Importantly, the narrative did provide a closing moral for children: “always believe in your dreams”.

This adage linked very well with Briggs’ The Snowman, as its powerful, hypnotic notes began to flow from Philip Voldman’s piano.

Following central character James’ extraordinary story, I was struck that some of this young audience would be watching it for the first time, not at home on a small TV, as I did in 1982 and every year thereafter, but in this magnificent arena with a powerful orchestra playing it.

As the voice of twelve-year old treble Faith Palmer broke into the chorus of the film’s classic theme ‘We’re Walking in the Air’, the music was utterly overwhelming, and as my eyes welled up I thought how lucky I was to witness such brilliance, and how everyone else in the audience was, too.