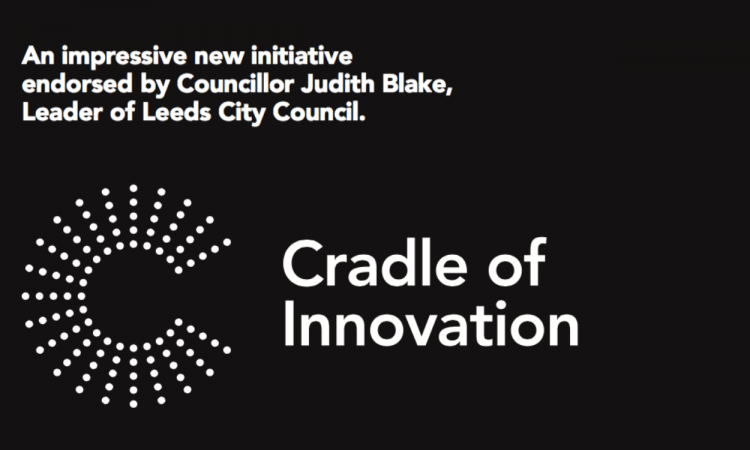 John Sour has some thoughts on Leeds as City of Representations

I had to laugh at being invited to become a “Correspondent” for the CV because unlike say the Theatre Correspondent and others who are out there reporting events, I actually don’t go out much and would probably be classed by the powers that be as “culturally unengaged”.

Just for the record it has not always been like this. I did see a performance by The Free Theatre of Belarus (warning contains nudity) at the Playhouse a few years ago.  I also turned out for jazz concerts in the city centre until they stopped having them at the College of Music. And once, I tried to hear a talk at the Henry Moore Institute but was turned away as the room was “Full”. As for sports events, I was an early adopter of the current craze for cycling, taking the kids to watch the Leeds International Classic in 1995.

Nowadays I argue I don’t need to go out as the city comes to me as I sit at home. But I appreciate this is not quite the same thing as actually “being there” and “joining in”. But on the other hand, by consciously not being present I get a slightly different view – a view of representations.

Taking an interest in representations gives me a very broad tableau to address since people are either trying to reach me with their activities or communications – the city’s movers and shakers wanting me to believe something is important and “making a difference” – or else asking for my views with a notion to convince me that I too am “making a difference”.

Behind some of these formal representations I can get to another layer by gate-crashing “conversations” taking place in the city on topics of interest which I guess the participants and those in the know assume have nothing to do with me at all. Until of course I’m blocked on social media.

Just to list a few city representations, these include: broadcast and print media from the most established to the most ephemeral; the varying output from the City Council from policy documents to public relations; cultural, sporting events and exhibitions which are increasingly a part of the city’s marketing offer both internally and externally; formal publications about the city and everything that flows at me through social media and from the fabric of the built environment of the city itself.

What interests me about these representations is that to a large extent they tell a similar tale of the city’s success, of its heroic industrial and architectural heritage, of its aspiration to be The Best City”, of exciting “world class events”, of inspiring award-winning personalities and successful workplace meetings. Of course, no one would deny that the city still has some residual problems. Homelessness, health inequality and lack of effective transport or poor urban design for example. But fortunately we are a self-styled city of “compassion” which means that philanthropy, social enterprise and faith communities can be relied on to step up and tackle these issues on our behalf as the power of the council recedes.

It is harder to find representations which challenge this story, particularly as the critical press of the 1980’s has all but disappeared. It can be found on the political margins and in cultural undergrowth on social media, but only to a very limited degree in the mainstream or in the sponsored culture of the city. So, in the end you must manufacture this critique for yourself as a keyboard warrior.

In the years around and since the Millennium there has been a growth of coffee table type books about the city often with some imprimatur from the City Council in the form of either sponsorship or actual publication. These vary from the self-congratulatory “From the Tile to the City – A Journey through the Civic Architecture and Design in the City of Leeds” (Leeds City Council 2012), the celebratory “Leeds: Shaping the City” (RIBA Publishing and Leeds City Council 2009), to the academic “Twenty First Century Leeds: geographies of a regional city” (Leeds University Press 2004) . Now another has come out “Leeds: Cradle of Innovation” (Leeds Sustainable Development Group CIC 2018).

This a large and heavy tome which costs over £30 in paperback and over £40 in hardback. It is published by the “Leeds Sustainable Development Group” backed by extensive largely private sector sponsorship. It is edited by Urban Geographer Rachel Unsworth who is “passionate about being involved in shaping the city’s future” and compiled by herself and Steven Burt who has a “lifelong interest in the history of Leeds”. There is a forward by Judith Blake. In short it is a profusely illustrated encyclopaedia of Leeds’s movers and shakers in the field of industry commerce, social reform and latterly “culture”.

The first question to ask is who the intended reader of the book since its price alone would mean it is an unlikely stocking filler for the man or woman in the street. A clue is given in Judith Blake’s forward. “We want the world to know we are open for business. Investors will see from the evidence in this book that there is a culture of innovation that they can tap into”. Ah ha it’s basically a marketing tool.

I am imagining now there is a stack of these available in Civic Hall awaiting the next arrival of delegations from China or a Gulf State sovereign wealth fund.  Or perhaps to be taken out by the next City Council party attending an overseas investment conference, although they would be a bit heavy to take on the plane.

There is an introductory section defining what is meant primarily in business terms by “innovation”. Interestingly judged against what follows it stresses innovation as a collaborative process not specifically derived from one genius individual. But then confusingly innovation is widened to include “creativity”, not only commerce and industry but culture and social enterprise as well.

What follows in the next section “Spirits of Innovation” is a canter through the famous names of Leeds’s Industrial Revolution; Matthew Murry, Benjamin Gott et al.  The catalogue continues into the lesser known fields of printing, loco manufacturing and medicine. This paean to the innovators of industrial technology is moderated by a shorter section on social reformers into which is inserted what seems very much like an afterthought; “motivated and determined women”

We are about 1/3 through the book now and what follows are two sections, “Leeds Legends” and “Beyond 1000 Trades”. But sadly as the modern/postmodern world becomes more complex the book seems to lose any coherence as the biographical-historical focus dissolves into a plethora institutional and company histories, individual “legendary” biographies and short snippets of detailed information, as the story of the “Cradle of Innovation” moves towards the present.

The “Leeds Legends” seeks to stitch together some foundational elements of physical and social infrastructure with a continuing story of the success of Leeds’s industry. The potpourri selection seems hard to justify in any other terms than “their origins were in Leeds.” So lost is this section that its relationship to what is suggested in the contents list is unclear.

The final section celebrating innovation in the city today seeks to broaden the canvass still further to include “place making”, and digital and culture amongst several others. I guess we must take on trust the compilers view that the city today comprises “an intense concentration of creative thinking, conversations, collaborations, experiment, making exchange and fun” or that “Leeds is quite well known for embracing the wild and anarchic side of culture and creativity”. The format of biography, institutional description and notelets of information under very brief headings indicates the structure in this section is very thin and the selection process is nowhere explained. It is purely rhetorical.

We are left with a conclusion that seeks to apply some lessons of good innovation to the city today, showing that it has an increasingly educated workforce, a strong environment for start ups and the ability to “connect smartly” and create a “circular economy”.

What is important is “How we remember the past and draw lessons from its stories”. So, what then can we learn from this book?

First the text gives a lie to the suggestion in the introduction that innovation derives from networks and collective effort since the book from start to finish in composed to a large degree by the biographies of people who have made a difference in their chosen fields. These are largely in the fields of industry and science but latterly “culture” is also introduced.

Second, the institutions which are mentioned are largely ones which grew up in the era of Victorian philanthropy before the establishment of local government or the welfare state. The choices are partial. The Leeds Cooperative is OK, but trades unions in Leeds are seemingly not OK as they get no mention.

However, the story the compilers wish to tell is most apparent in the short section, “Meet the Reformers”. Even the section title is suggestive of individualism. It is here that the significance of the growth of local government in the late 19th and early part of the 20th century is introduced. At this point the Corporation ran much of the vital infrastructure of a modern city, although it is pertinent to point out that this did not apply as the compliers state “through to the 1980’s”.

In the post war period and extending today apparently the public sector in the city and nationally provided no major innovations. Although to be fair some of the wider impacts of national educational reform or the building of the NHS are mentioned in passing. Pointedly, none of the post war giants of Leeds City Council such as the Barons Frank Marshall and Irwin Bellwin or the Sirs Albert King and Karl Cohen get a mention, neither do the originators of major infrastructure works like the rail station, the motorway network or the rebuilding of the city’s housing in the 1960’s, apart from the inevitable reference to Quarry Hill.

It is intriguing at first glance that “In the chapter on contemporary innovators there is no … section on reformers though there are some examples of social entrepreneurs.” This lacuna is fortuitously explained away by the fact that “Arguably, although life is still very far from perfect for many Leeds people today, conditions are less severe than … the early industrial period ….”

As an encyclopaedia the book is useful, but has its omissions and inbuilt biases. If the motivation behind the work is merely to sell the city to potential inward investors it has some value, but if it is designed to tell a story of the city to its residents then its partiality and bias show only too apparently.  Politically it reflects a world before the clash of liberalism and popularism. If a future work is to “tell the story” of the city today we need something with a stronger critical edge.