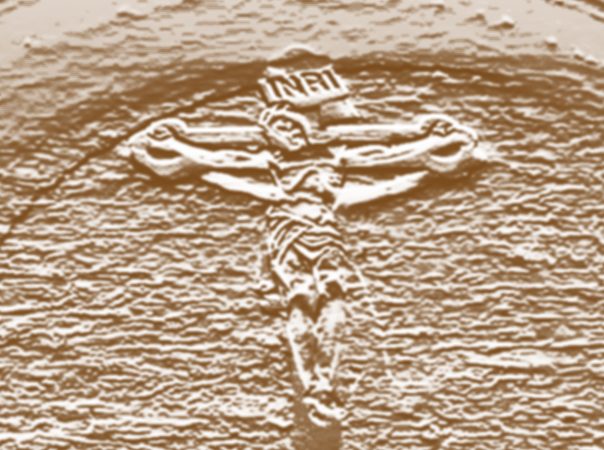 A new story by IVOR TYMCHAK.

From Dust to Glory

A continuous intake of breath captures the flakes; shepherds them towards safety. The brushes beat the carpet like fists on a coffin.

The man is careful to guide the head of the vacuum cleaner into every corner of the room and leave no square inch of the faded carpet untouched.

The hose separates from the body of the machine and the nozzle snorts its way along the surfaces of tables, chairs, shelves and windowsills swallowing the dust down its flexible throat as it carefully maneuvers around the porcelain memento from Lourdes, the wooden crucifix from Jerusalem and the framed photograph of the man’s dead mother.

He finishes, detaches the small cylindrical container from the machine and carries it up the stairs to the spare room in his small house. Near the door, a bulging black bin bag stands against the wall. A piece of silver tape, like a badge, is in the centre of it. Black, handwritten text crowds the left-hand side of it and declares: 31/12/2013 –

He carefully opens the bag – it is nearly full – and fashions the mouth wide open. Holding the plastic cylinder over the mouth he releases the catch – grey matter slips out of the bottom and with a soft plop, falls into the bag. It sits on material that is identical to it.

The man shakes the container making sure all the contents are evacuated. He secures the lid of the cylinder, puts it on the floor and then closes the mouth of the bag, pushing down with his arms to compress the contents. He gets a roll of gaffa tape from a shelf nearby and neatly tapes up the bag with several long strips. He produces a black felt-tipped pen from the shelf and writes on the tape in the space left on it – 31/12/2020. He produces a small passport photo from his pocket. It is of himself taken recently – just a head and shoulders shot staring at the camera. He gazes at it briefly before taping it to the bag, just underneath the dates.

He picks up the bag and carries it out of the room to the stair landing. He puts it on the floor and grabs a pole that rests in a corner. With this he reaches up and unlatches a trap door in the ceiling. With a hook on the pole he pulls down a set of steps. A cold draught envelops him.

After securing the steps he climbs up and in the dark void he fumbles for something. There is the click of a switch immediately followed by a burst of light in the attic space he affectionately thinks of as ‘the cemetery.’ His breath is as thick as ectoplasm.

‘When The Rapture comes, we’ll all be free’, he says solemnly to the metallic figure. He then contemplates the decades contained in the bags.

Ever since he discovered that human cells are replaced in their entirety every seven years and that house dust is nearly all composed of human cells, he’d been collecting as much of the dust as he could. He also saved all his hair and nail clippings along with it – the more physical material there was, the more perfect The Rapture would be in recreating his soul. He saw it as a new Indulgence – being diligent with your body. At least that was his belief. Most people stupidly throw themselves away in the trash when they vacuum the house. He gives silent thanks to vacuum cleaners – syringes for extracting the dead remains of our former selves and concentrating the essence. He crosses himself.

The man descends to the landing and picks up the bag. Holding it tightly in one arm he starts the climb up the rickety ladder. As he ascends his arthritic knee suddenly gives him pain. He adjusts for it and the movement threatens his stability. The bag starts to slip from his arm. The man flails at it with his other arm, knowing that if it bursts, one of his bodies will be scattered all over the landing. His recovery attempts are clumsy and his balance becomes precarious. His knee complains again – the pain greater this time. His instinct is to save the dead bag rather than his living self so his foot slips completely and he arcs backwards – his head perfectly aligned for a communion with the banister rail.

A loud crack as wood and bone sing a requiem.

The bag remains intact. It and the man lay side-by-side, like twins, unmoving, waiting to be lifted into the sky.

And that’s how the police found him several days later. When they discovered the bags, the story went viral. That’s when Christo, the internationally renowned artist who wraps things up, heard about it and got involved. As there were no living relatives to stop him, he acquired the bags and the body. He embalmed the man, wrapped him in black plastic and exhibited him (along with the six bags) in a Moscow art gallery.

Not since Manzoni’s Artist’s Shit has an artwork created such a stir. The dead man was guaranteed immortality.