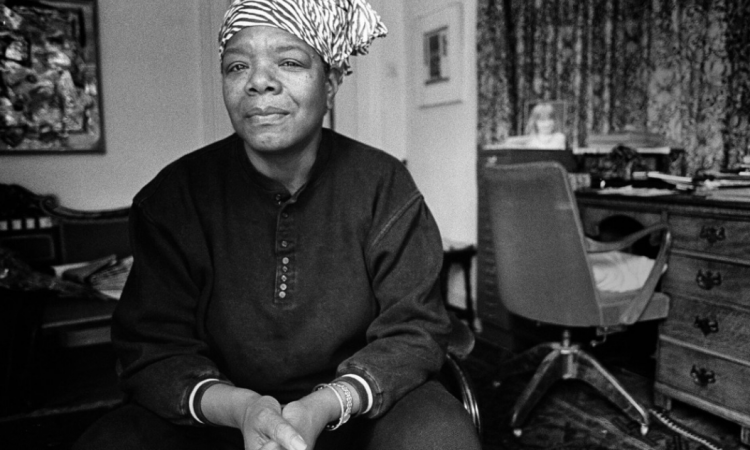 Maya Angelou nearly got me the sack.

In the spring of 1998 I was working somewhere called “The Community” Every day I looked for it everywhere.

One colleague joked, “It’s just up here and round the corner”.

My workplace was somewhere called The Voluntary Sector and all staff each had an individual training budget. I spent mine usefully I believed. On things like: Health and Safety. First Aid. Benefits for those in need. Housing provision. Understanding the many aspects of Mental Health conditions. And so on.

During this period, which I would later come to understand as “Neo-Liberalism”, our manager decided that out of each of our training budgets we would be required to attend a compulsory training session for team-building and community development. I immediately felt rebellious about this imposition. It felt like theft. Soon and much much later my instincts were proven to be absolutely correct.

On a gloriously uplifting spring day we housing support workers gathered to attend a two day training course entitled “Changing Strategies”, to be delivered by two cheerful chaps from The Netherlands, all expenses paid, under a “new” theory called Neuro-Linguistic Programming (NLP). This is an idea from sunny California says Wikipedia, and has now largely been discredited by science and all who actually care to understand the human condition.

I could have told them that yonks ago! I much preferred something real to consider such as Maslow’s Hierarchy of Needs when attempting to support people in mental distress (along with the essential works of Karl Marx of course, particularly his theory of Alienation.) If 1998 were today it would be a case of singing “Oh Jeremy Corbyn tra la la”. Instead at that time we had the privatisation agenda of Tony Blair, coincidentally also now largely discredited by science and all who care about the human condition. Still we sang along with “Things Can Only Get Better”; well some did, not me of course!

Anyway, the training event presented me with a dilemma. On the afternoon of the second day Maya Angelou was going to be in Leeds at Waterstones signing her new book, Even The Stars Look Lonesome. Maya Angelou! In Leeds! Bloody Nora, what was a socialist feminist supposed to do?!

Funnily enough, this pseudo nonsense of NLP provided me with the solution. I endured a day and a half of this nonsensical clap trap. We were presented with ideas like: When you are with your client and attempting to establish rapport, consider the language they use and challenge this language with a completely different picture from the one they are presenting. For example, ask them to look up instead of down. And ask them what they might do to change their reality or their day. I’m not joking, honest.

To be fair this would very likely cure the client of their grotty living conditions, grinding poverty, oppressive medical regime, their oppression and their isolation. Funny how this theory only survives in management circles of the neo-liberal variety. A bit like laughing gas. Funny because “Community Care” only lasted a few short years, well the funding for it anyway! Funny also because I never did find that community, neither up the road nor around the corner. Funny because well who needs a home and enough to eat anyway?! Funny because whole estates of council housing were soon demolished, and funny because soon all benefit claimants were to become scroungers. Funny because so many of what we could access has disappeared under Austerity.

But back to the second day of the training event.

When we broke for lunch the two cheerful chaps asked us to consider while we were eating what we might do to change our day as an example of what we had learned during the event. So I made a decision.

I made it on my own.

I didn’t tell my colleagues what I was considering.

We returned to the meeting room. One of the cheery chaps asked, “So has anybody got anything to say to kick off the afternoon about what we have been discussing?” I put up my hand and said: “I’ll be quick. I am going to change my day by leaving this training. I am going to rush into town and see the one and only Maya Angelou. I have learned more from her life and work and poetry and art and experiences and survival that has informed my work and survival than I could ever learn from such pseudo nonsense that I have been presented with here by you two charlatans.” I looked at the manager and around the faces of my colleagues and their expressions suggested that I wouldn’t get the sack for this act of serious insubordination. So I fled.

I joined the queue in Albion Street. My friend had purchased the book ahead of the signing event. When I got to her – Maya Angelou – I lost it. I looked up at her tall magnificence and wept. She held my hand and said “Hey sister, joy” I shook and wept some more. She signed my book. She had written “Joy sister, Maya Angelou”. Then my friend and I left and went for a cuppa. This was in the days before the “flat white”.

Culture for all. Vultures may exit by the gift shop.