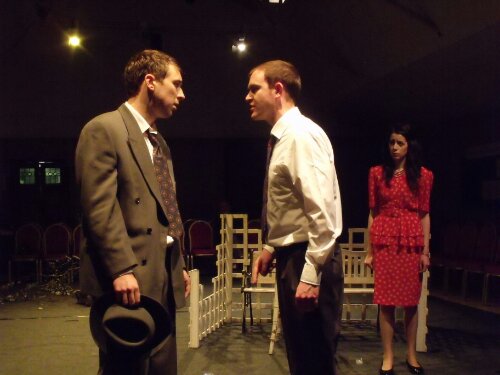 Inspiration Is For Amateurs

Two cinema tickets and a medium 7-Up, sir? That’ll be £21, as one man discovered a few weeks back when he made what was, for him, a rare excursion to his local Odeon with his fiancee.

The hefty pricetag slapped on the couple’s night out, plus other assorted issues at the multiplex, provoked the man to post a bitter message on the cinema chain’s Facebook page. The rant soon went viral and is still attracting comments even now, as others admit they don’t actually ‘like’ Odeon quite as much as their social media profiles might suggest.

The movie the complainant saw, in case you were wondering, was the Seth MacFarlane comedy, Ted. No fury was directed at the film itself, only at the experience. That begs the question – why leave the comfort of your armchair for the comparative misery of the cinema auditorium seat at all? The time gap between a film’s release in theaters and its on-demand or DVD arrival is getting ever shorter, and clearly you can snack and sup to your heart’s content for much less by simply popping into your own well-stocked kitchen. The cinema set-up won’t be as good in your living room, but for a film like Ted, do you really need “eye-poppingly vivid” visuals and “ear-tingling 24-channel sound” (so says the Odeon PR department)?

Trips to the cinema should be a treat. Some movies cry out to be seen on the big screen, and customer service really matters (Leeds’ very own Hyde Park Picture House and Cottage Road cinemas are excellent examples of this). Being ripped off and treated badly to boot is likely to keep you indoors of an evening. Yet there are plenty of alternative entertainments in your local neighbourhood – you don’t have to venture down to the leisure park every night. For example, how about going to see some amateur theatre instead?

When dramatic societies try to reach out to new audiences, that word ‘amateur’ does them few favours – but there are positive connotations to it too. The actors, directors and backstage crew involved in these productions are putting on shows for the love of it, and that’s instantly appealing when compared to the commercialism and complacency shown by the big cinema chains. Perhaps ‘non-professional’ is more suitable than ‘amateur’. You’re likely to discover that standards are high and the groups are ambitious too, whether the plays they’re tackling are serious drama or light-hearted comedies.

This week, my drama group – Adel Players, based in north Leeds – are performing Arthur Miller’s classic American post-war drama ‘All My Sons’. It’s being staged ‘in the round’ – with the audience seated on all four sides of the acting space – which creates an intimate environment and certainly helps heighten the tension as the play builds to an electrifying climax. We’re fortunate to have a group of loyal patrons who regularly support our plays, and we’re getting close to capacity on each of the four nights on which we’re performing.

However, not all societies are so fortunate. Earlier this month, the final curtain fell for Limelight Drama Group after nearly 35 years of amateur theatre productions in Leeds. Former chairman Harry Venet, speaking to the Yorkshire Evening Post, bemoaned the lack of interest from “young people” as the cause of Limelight’s demise; a new generation could not be found to carry the flame forward. Will this scenario be replicated elsewhere in Leeds in the coming years?

Let’s hope not. Community spirit is still a vital ingredient of modern life, while supporting your nearby groups and clubs can expand your social network too – and this is the message that needs to be broadcast. If you’ve recently moved house and are exploring the local area, or are looking to meet new people, going to watch an amdram group perform is a great place to start – particularly if you’re inspired to get involved yourself. Gym membership isn’t for everyone, and an amateur theatre subscription could well prove to be much better value for money.

So before you load up the film listings to discover what’s showing this week, remember you’ve got another option for your night out – search for ‘Leeds amateur theatre’ online. The tickets are likely to be cheaper (and a medium lemonade certainly will be) and you might just find yourself taking to Facebook to tell your friends that you were amazed by the amateurs after all.

Adel Players’ ( @AdelPlayers and Facebook) production of All My Sons is at Adel Memorial Hall, LS16 8DE, from Wednesday 24 to Saturday 27 October.