I don’t know about you but I’ve been hearing a lot of buzz about ‘Open Badges’ recently. 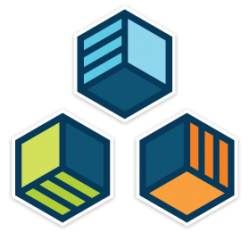 I didn’t really know that much about them, but I had heard that Leeds was leading the way with technologies that could help people get more involved with the arts and arts organisations – such as den building, making clay pots and robot designing at Light Night, amongst other things, as part of BadgeLAB Leeds.

A few people I spoke to said things like ‘Open Badges are like Brownie badges but online’, but then I knew that you can also achieve them well into adulthood and for things much more involved and at a higher level than that.

What I did know was that the people who’ve been buzzing about Open Badges share similar interests to me, such as a love of learning, arts and creativity and new tech trends.

I’ve been described as ‘a bit of an achiever’, which I think was a kind way of saying I had an unusually large collection of medals, certificates and awards in my office for a grown woman, so I knew that Open Badges would definitely be something for me.

So, if you’d like to join me on my journey to know about Open Badges, please read on – I think there’s something for everyone along the way, even if you don’t still award yourself gold stars when you do a good piece of work…

Where did I go?

A couple of weeks ago a company called DigitalMe – Leeds-based education technology experts who are partners with major players such as Mozilla, O2 and the NHS – held an Open Badges for the Arts event at the Howard Assembly Room.

It was the first event of its kind in the UK and attendees were from all sorts of arts organisations, across Yorkshire and beyond. I chatted to people from libraries, theatres, schools, festivals and dance companies – so it was a pretty varied bunch.

What did I learn?

Doug Belshaw, who previously worked for Mozilla, explained why they are called ‘Open Badges’. Mozilla is a non-profit organisation that has created this technology to use across digital platforms and social media channels.

His talk can be handily summarized in this picture (click on the pic to see a larger version): 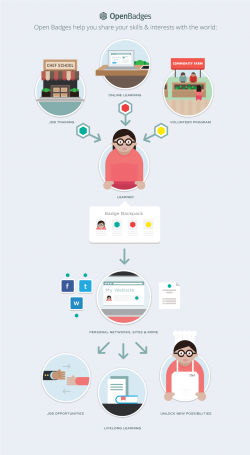 It was starting to make sense…

Who are badges for?

I also discovered that you can achieve a badge about anything and from anyone, and you can display it anywhere online. It’s open technology, hence ‘Open Badges’.  You can achieve an Open Badge at any age too, which I like.

Many teachers already love Open Badges because it’s making learning fun and giving young people a chance to show their skills in all kinds of areas, not just traditional academic ones.

Why move to digital badges?

Thanks to the event I went along to, I now think of it as like bringing together all the achievements I’d proudly displayed over the years in various places such as swimming costumes, camping blankets, walls, shelves and fridge fronts – as well as my work CV – into one place. And I can now show to this to the world!

You can have different groups of badges that you display to different people, of course. Potential employers don’t need to see your digital gardening rosettes or virtual running medals, unless you really want them to.

Where next for Open Badges in Leeds?

I know that many arts organisations in Leeds are already using Open Badges – such as Playful Leeds, Boffin Projects and the WY Playhouse – and that many more are planning to over the coming months. DigitalMe is also working on plans to carry out the first city-wide Open Badging initiative in the UK this summer, which sounds really interesting.

Where next for Open Badges and me?

I’m plotting and planning the creation of some badges of my own and enjoying achieving a few as I go (of course). I’ve also been spreading the word to people and organisations who I think need to know more and to get involved.

It feels pretty exciting that Leeds is leading the way in this learning revolution and I want to be part of it. I think you might too?

For more information about Open Badges get in touch with DigitalMe or earn your first badge here – you get to put it in a digital backpack, too! 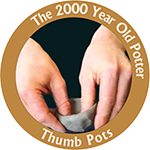 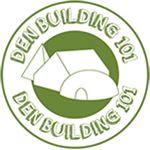 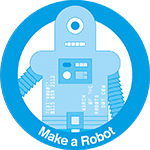 There’s also still time to get involved with BadgeLAB Leeds and earn badges for den building, robot designing and clay pot making (I’ll see you there!).

The event I attended was run by DigitalMe and, along with BadgeLAB Leeds was supported by the Digital R&D Fund for the Arts – Nesta, Arts Council England, and the Arts and Humanities Research Council.