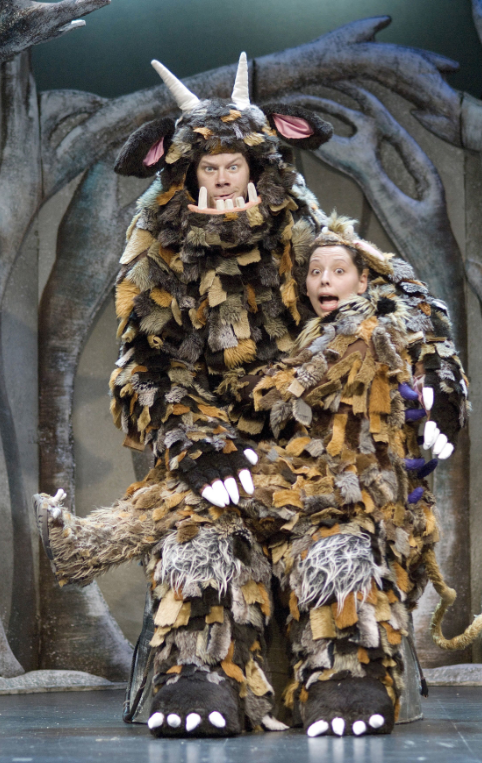 The Gruffalo’s Child by Julia Donaldson and Axel Scheffler is the bestselling sequel to The Gruffalo. I have always found that Donaldson’s words jump off the page. The books are visually delightful and so much fun to read with children. So how could I resist taking my nieces to see a production of The Gruffalo’s Child that was showing at St Georges Hall in Bradford this easter?

The opening image of the Gruffalo snoring was compelling – dark, a little eery and hilariously noisy. My favourite bit was the ‘chase’ scene which was great slapstick. I admired the energy of the performers, who worked well together and definitely earned their money in this show. If I am honest though, I would have to say I was a little bored. However, my seven year old niece certainly seemed to enjoy it. So given that this is a show more for her age group than mine, I decided to share with you my youngest niece Emily’s thoughts. Then I asked her mum to give me a parent’s perspective. Here’s what they said:

Emily Wilcher (Age 7) ” I enjoyed it. I thought the dancing and singing was funny. The Gruffalo was cute because she kept saying ‘Im not scared, I’m not scared’. I liked the fox because when he did his song he did a really funny dance. The mouse character was clever but a bit sneaky, and had her friend ‘stick man’ who I loved. The little Gruffalo kept tugging the mouse’s tail which was so funny. I liked that the arms of the small mouse and the big bad mouse moved at the same time but it wasn’t scary! I liked the way the snake changed his accent to cockney and his glittery jacket.The owl was my favourite character because instead of saying ‘twit’ he said ‘mooo’. It was funny.

Clea Wilcher ( Emily’s mum): “I really liked the set. I was a bit disappointed that they didn’t do something more with the back lighting with the mouse at the end. I thought because they were talking about the shadow and I dont think most of the little kids in the audience would have understood what a shadow is. So it would have been a great opportunity to do something with silhouettes to explain this concept to them.Other than that it was good. The narration of Donaldson’s words was lovely and nostalgic for me because I have read this story to my girls countless times. I particuarly enjoyed our favourite line about ‘gruffalo crumble’. I loved that they brought this version more up to date with the ‘stick man’ character from Donaldson’s more recent book ‘The Stick Man”. The owl and fox’s costumes were really convincing. I wasn’t so sure about the snake – he wasn’t slithery enough. I thought the actors worked really hard but it was a little wordy for this age group. The song and movement were entertaining and the children seemed more engaged in these sections but the movement could have been exaggerated: the children would have responded better to that. In trying to make something more out of the story, they perhaps over-complicated it. I felt the dialogue was designed to appeal more to the adults but actually what appeals to you as a parent is watching your child engaged.If you have a child who is a bit bored by the dialogue, then you cant listen to the dialogue anyway.All in all, I did enjoy it and my youngest was engaged throughout, but I did feel it was quite expensive for an hour show for a family and could have given us a bit more for our money”.

Final verdict: Entertaining for young children but not magical. 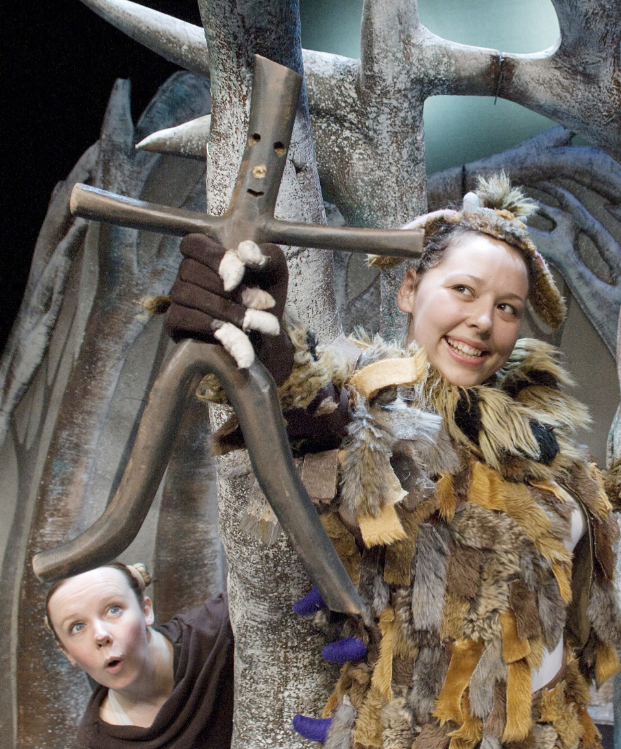