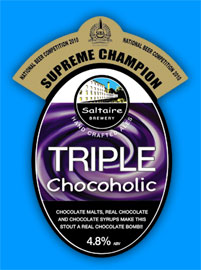 Walter Grumpius, once described as Bradford’s foremost curmudgeon by the Culture Vulture editor, is a Yorkshireman, and he likes beer.
Here he belies his dour reputation and enjoys himself. At a beer festival of course. But he wouldn’t be Walter if it didn’t inspire cogitation …

I pitched up at the Leeds Beer Festival at 4.45 on Friday evening, only to find that the next session wouldn’t open until 6 o’clock. I went home. The days when I’d hang around for over an hour for a beer, although not so long gone, are definitely now in the past. And I was secure in the knowledge there’d be another festival before you could say Timothy Taylor.

And so it was that a week later I found myself walking alongside the Leeds Liverpool Canal towards the Saltaire Brewery Beer Festival on Dockfield Road. I fell to thinking about CAMRA, surely one of the most successful consumer-led movements of the last few decades. Indeed, its campaign against the mega-brewers may be so successful that it is now the new orthodoxy. A recent BBC report suggests there are currently 60 independent brewers in West Yorkshire alone compared with a miserly 54 in Greater London. While this sounds gratifying for the ale drinker it does raise a concern: all these independent brewers can’t all produce distinguished and distinguishable ale, can they? 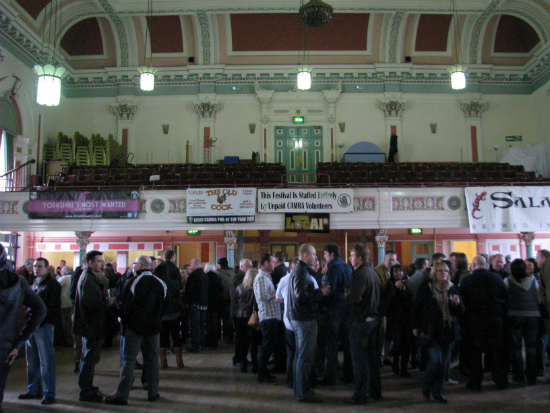 But if this expansion in the number of independents – and the plethora of new beer cafes and taps – makes one worry about market flooding and quality maintenance, there are a few breweries which have raised and maintained the standard: Marble from Manchester, Thornbridge from Derbyshire and Magic Rock from Huddersfield, to name just three from a dozen. To this number can certainly be added Saltaire. Since 2005, when head brewer Tony Gartland and his team really hit the ground running, Saltaire Brewery has produced an enviable roll call of outstanding ales. And the occasional dud to prove they’re human – Raspberry Blonde anyone?

Personal favourites include the lovely wheat beer Amarillo Gold and their Hazelnut Coffee Porter. But if there was one experience that cemented my affection for the brewery it was when I first tasted the Triple Chocoholic stout at William Wagstaff’s 20th anniversary at the New Beehive in Bradford. I know this sounds like the alcoholic equivalent of a deep-fried Mars bar, but trust me, it was an epiphany, life-changing, like reading Dante, or hearing reggae or the great Congolese band Le TPOK Jazz for the first time.

One slight criticism of Saltaire Brewery – and it can be levelled at some other independents – is that they are so excited by the brewing process that they are more interested in experimentation than consolidation. The result is a regular turnover of new products, few of which remain on the bar for long. One just has time to develop a taste for a particular brew before it disappears from the market. To be fair, Saltaire has addressed this to a certain extent by making sure favourites are available in bottles, but we all know that’s not the same. 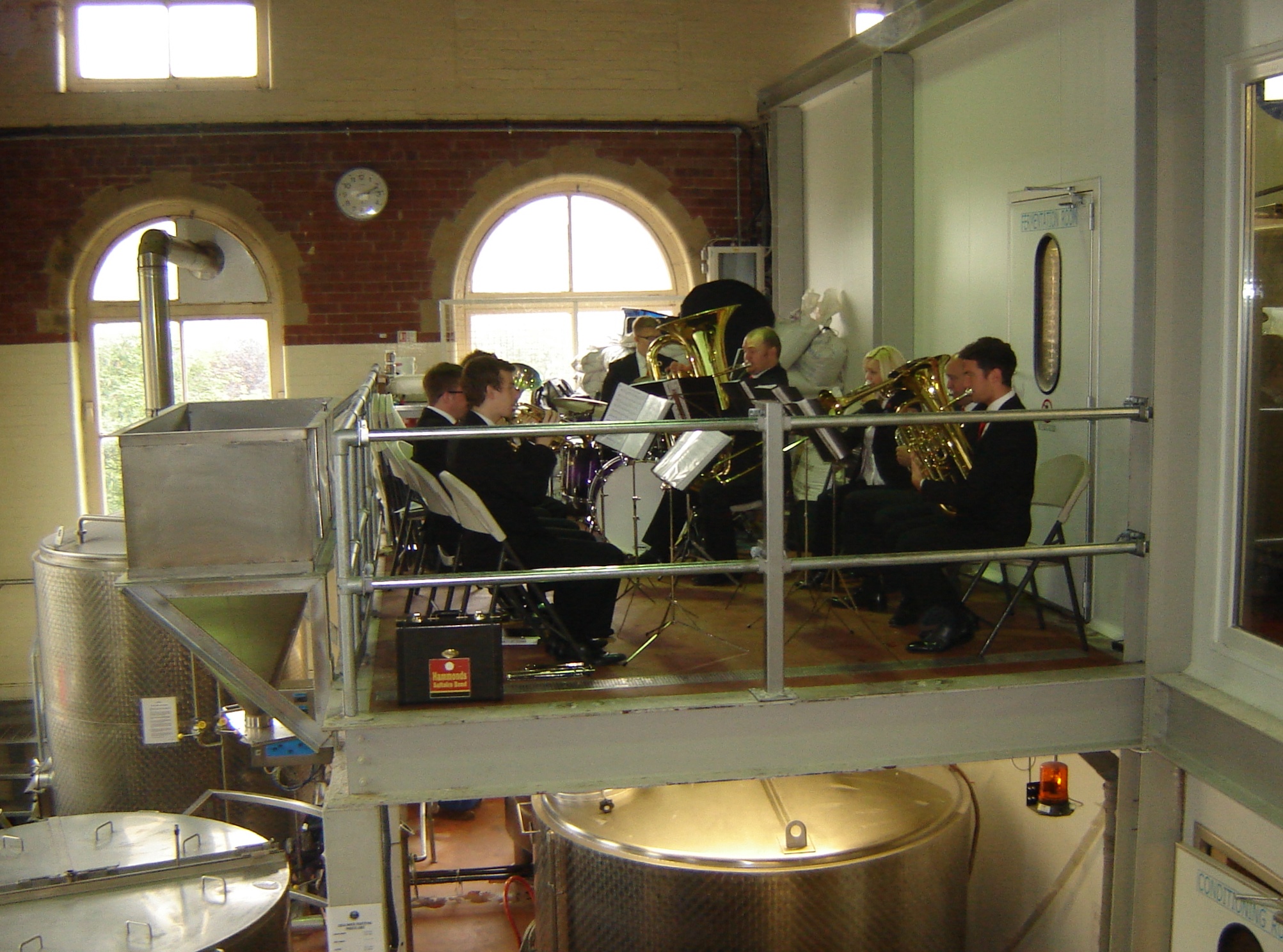 Since it became a feature of the annual Saltaire Festival a few years back, the Brewery’s weekend beer fest has been a clear-the-diary date. To be truthful I don’t always enjoy beer festivals. The problem is not so much the beer as the scale and expanse of the venues. The Winter Ales festival in Manchester, attended a few years back, was horrible. Held in what felt like an enormous purple-carpeted hangar, the effect was like visiting a frantically heaving supermarket. Beer drinking, although sociable, is essentially an intimate activity. Pubs largely recognise this fact.

One of the pleasures of the Saltaire Festival is that it is on a human scale, and the range of beers available and the number breweries represented are manageable; one is not saturated with choice and you know that the selection has been assembled with care by appreciative beer drinkers. Each year, the event has got better. Not much bigger, but undoubtedly better. 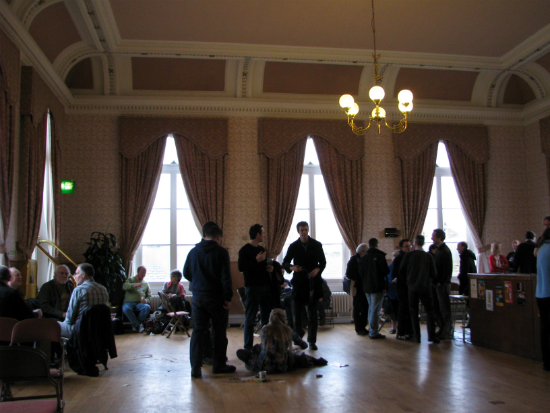 Some features have remained wonderfully the same – the standard of the beer and the music provided by the Hammonds Saltaire Band. There’s something symbiotic about beer and brass bands; they fit together. It has to do with decibels and ABVs and, I can’t help feeling, with generosity. As someone who struggles to blow up a balloon, I appreciate the energy, stamina and whole-heartedness of the wind-musicians. Somehow this translates perfectly to the mood of drinking ale in a way that the efforts of a string quartet or – whatever they may believe to the contrary – a bodhran band, however brilliant, simply wouldn’t – or doesn’t.

And so, to the beer. At festivals I tend to disqualify the ones I already know. The excitement lies in the novelty. Fortunately Saltaire had something new, a tipple called Juniper Rye with which I started. Not being au courant with the flavour of juniper berries, this was something of an experiment. I’m not sure I’m now any the wiser but it was a satisfying mix of fruity and dry and was a solid scene-setter. The first beer is often like an undercoat, preparing the canvas. This was followed by a Hazelnut Mild from the fairly new (to me) Brass Castle Brewery of Malton. This had a lovely distinctive flavour, malty and nutty with more than a hint of chocolate. Then on to a Bourbon Milk Stout from the Sonnet 43 Brewery in Durham which promised a flavour of dry oak – again something to which my palate has not been accustomed on a daily basis. What I tasted was a rich sweet beer with more than a nuance of chocolate.

The name of the Sonnet 43 Brewery is not derived as I assumed from Shakespeare but from Elizabeth Barrett Browning. Her Sonnet 43 begins, “How do I love thee? Let me count the ways”. This is a brewery well worth keeping an eye out for. Finally I ventured down south to the Dark Star Brewery from Sussex for a brew called Revelation, a punchy, hoppy, citrusy bitter which lived up to its name. So, a decent mix of sweet and bitter. Once again it seemed that Mr Gartland had chosen well; none of these beers was nondescript, each had a strong signature flavour. Food was abundant too; to the ubiquitous burgers, the last couple of years have seen the addition of a hog roast outlet which more closely matches the quality of the ale.

The Saltaire Brewery itself, centred on an elegant Victorian building which once generated electricity for the Bradford tram fleet, has been extended and – with what one senses is a degree of self-parody – been named Beer Campus. This presumably turns its patrons into students and the selection of beers into the syllabus. And talking of the patrons, one of the benefits of being part of a larger festival incorporating music, theatre, poetry, dance, art and food, craft and plant stalls is that the beer event is not swamped with anoraks. The beards and paunches were there to be sure, but well outnumbered by the wider congregation of festival goers motivated by curiosity and the proximity of interesting events at the nearby Dockfield Road Arts Centre and Studios. The ambience was one of convivial discovery and appreciation rather than ardent hobbyism and ale spotting. And there were further challenges to stereotypes – the idea of beer-drinking as predominantly a male activity came under serious scrutiny from the large number of women, young and old, enjoying their ale. 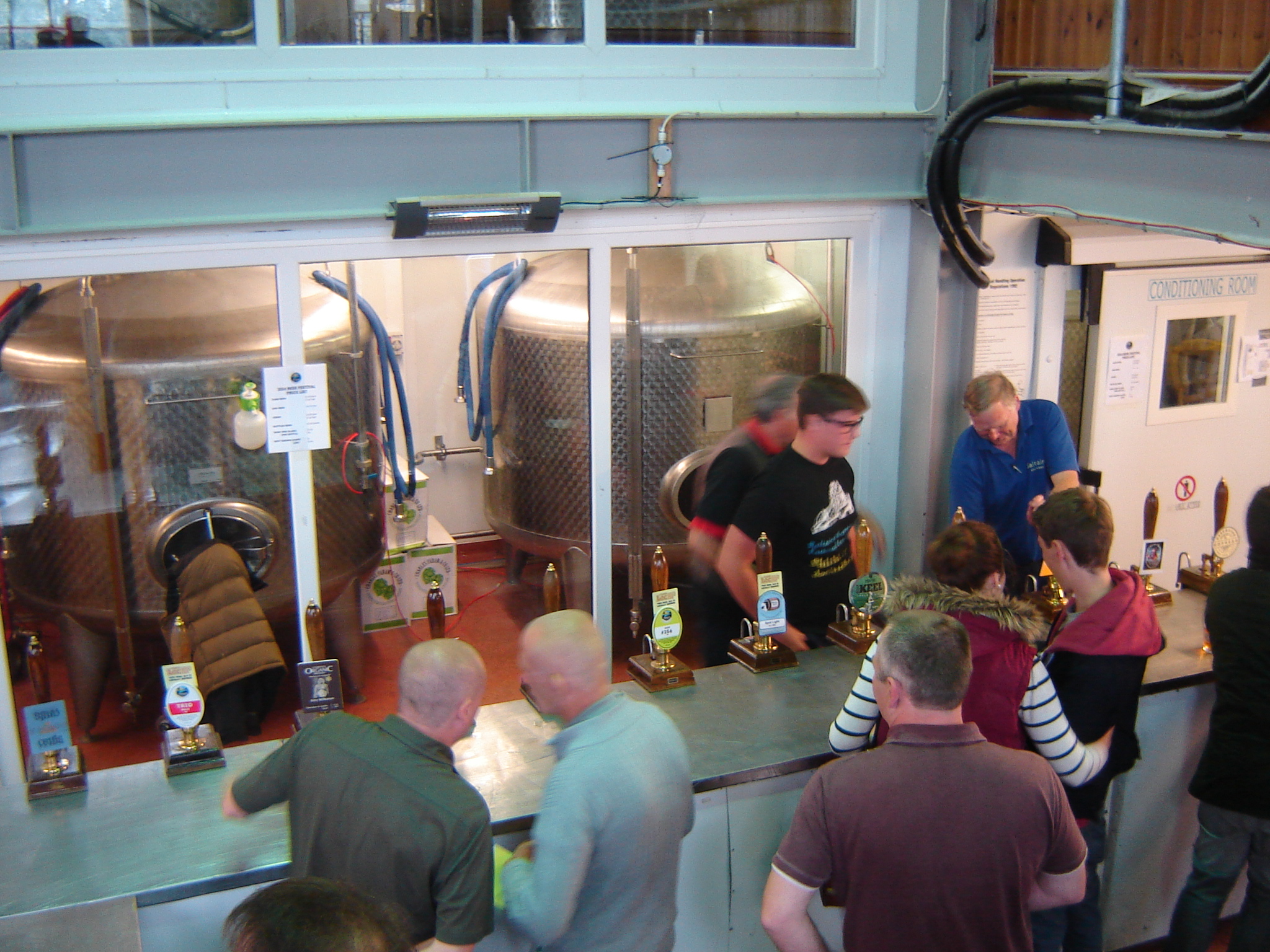 I think the elements of a successful beer festival are to be found here: compact rather than industrial-scale, and with a limited and easily-scannable but well-chosen list of beers from a few select breweries; intimate space yet adequate seating; and particularly being one element of a larger cultural festival so that a mixed clientele of the enthusiast and the merely curious dropping in during a day out visiting the wider Festival are able to mingle and swap recommendations of other events to attend. And organising the proverbial booze-up in a brewery? Saltaire does it rather well.