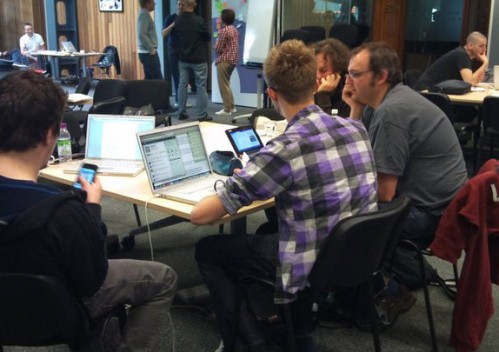 Nowadays the word ‘creative’ is a over used. It’s a kind of catch all buzz word to indicate people doing things a little differently or putting some time and effort into something, or just doing something rather than paying someone else to do it. So why has Leeds Digital Festival chosen to give its latest event the ambiguous title of ‘Creative Day’ and who is it for? Given that she’s one of the organisers we thought we’d let Leanne Buchan explain.

It’s true we live in a world where nothing is sacred anymore not even creativity. There are traditional industries steeped in history and conventions using the term to tout new ways of working and local authorities climbing aboard encouraging people to think creatively about their approach. So, “why choose such a seemingly meaningless title for an event?” is a fair question.

The dictionary tells me that creativity is simply ‘having the ability to create’. Its goes on to qualify this by talking about imagination, the ability to have originality of thought and, my favourite, the bending of rules and conventions.

In 2011 the Leeds digital scene stepped up. It decided, en masse, that it didn’t want a soulless so-called Leeds Digital Festival full of events that were thinly veiled attempts to push a skills agenda. Collectively people spoke out against dull, forced networking that was largely attended by suppliers trying to flog their wares to an industry they didn’t truly understand. People wanted genuine networking, the kind where you turn up to a pub, buy your own booze and talk to people. If there was educating to be done they would be the ones to do it by sharing the knowledge they collectively had. A showcase would be just that, a way of showing off what they could do.

Sounds great but it actually took a lot of hard work to pull off with conflicting ideas, zero budget and a demanding day job providing the organising committee with a pretty mammoth hill to climb. But it happened, all 56 events and a suite of communication tools from bill posters to web design and social. In places it was successful, in others it wasn’t and a lot was learned, including what the word digital means to people.

Whilst people have forgotten the meaning of creative, many are fixed on what digital means and usually it means ‘not them’. People see words like digital and design and think it excludes them because they aren’t a designer or an artist and they can’t code or make computers do amazing things.

This isn’t the case with the festival and the creative day. We wanted to get as many different people as we can involved this year. People who maybe watched last year but weren’t sure how to get involved. We want ideas and fresh pairs of eyes to tell us what would work for them, where we can improve and come up with creative suggestions and ideas to help us do it. All you need to do is be able to turn up and a spend a day coming up with ideas and letting your imagination go crazy. How we achieve the ideas is down to the people in the room on the day and the wider community of volunteers, thinkers and doers afterwards.

The Leeds Digital Festival Creative Day is about getting anyone who is interested in creating, or using, a platform to show off their talents. It isn’t about being exclusive to the design community who can create beautifully crafted brands and executions of those brands. It isn’t about closing the door to all but an elite group of hard-core internet fiends who can make the most amazing on-line platforms that will have you glued to your screen for days.

It’s actually about throwing the doors open to everyone, including people like me.

People who can’t draw, don’t know how Illustrator works, are prone to accidently breaking someone else’s web code just by amending typos, don’t really know what an arduino is or how it works and have some seriously dodgy photography skills. What I do have, however is a head full of creative ideas. Ideas that require a freedom of imagination that isn’t bogged down with the detail of how to make it happen. I have an almost too eager willingness to bend the rules and break conventions. I have an unhealthy interest with pushing boundaries and playing with ideas that are borrowed from other places then cobbled together with another half dreamt plan.

The Leeds Digital Festival Creative Day is a way for me and others to spend a day working with people we’ve never met, testing out ideas and thinking up ways to make the festival more fun, ways to communicate with people on a more playful level. It’s also a way for the stalwarts of creativity who can design and who can do digital in all its glory to come along and make the festival look, feel and behave how they would want it to.

In a lot of ways it’s not about Leeds Digital Festival. It’s about the people I meet in Leeds everyday who have amazing ideas from urban beaches to large-scale light shows, digital art fairs, public paddling pools, a street art derby and anything else random, ridiculous and ultimately awesome, that might just work on this platform. 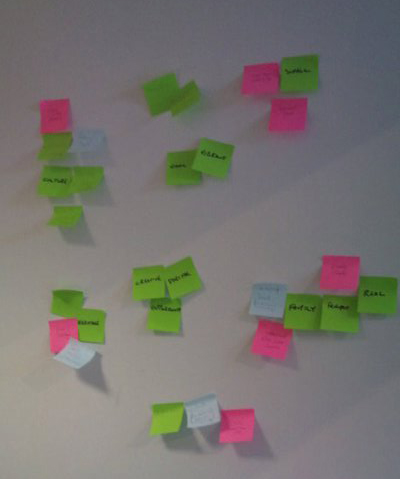 Creativity is no longer the preserve of the artist or the designer, it’s for everyone to use to find solutions to puzzles. Solutions that make people stop, stare and marvel. The things that you want to tell people about and share with others whether it’s an event, a tiny piece of anonymous street art or huge spectacle the likes of Overworlds & Underworlds. This is why it is called a ‘creative day’ and not a design day or a digital day or some other pinned-down term that does what it says on the tin. There is no tin for creativity, it takes all sorts.

This Saturday I hope to come away having met a few new people who do ace things. I also hope to leave with an armful of ideas for how the brand of the festival could look, how we should approach the development of the website, how we can creatively share what’s going on, and a huge amount of inspiration for mad cap adventures in the city.

I also hope to convince a group of unsuspecting people that a giant malteaser dispensing helter skelter liveried in the Leeds Digital Festival brand should be installed on Briggate; that the festival needs a theme tune (Phil Oakey’s Electric Dreams should do it); that we need a digital town crier who stands on the Town Hall steps and reads out the pick of that weeks tweets; that we need a digital mascot that just wanders about the web for the duration of the festival pointing out excellent examples of great work and letting everyone know that it was made it Leeds; that a huge light writing relay could actually happen; and that a city-wide quasar event of some sort is what we really need.

But these are my ideas, you need to bring your own.