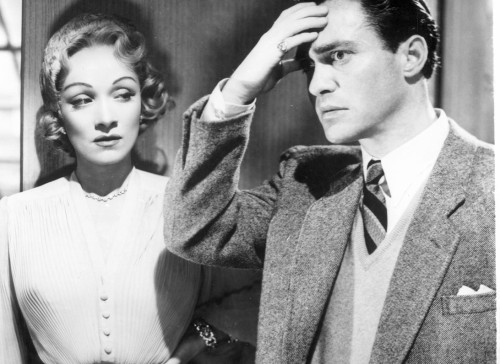 An ex once told me – the only ex that counts – that I was “much better on paper than in person”. She wasn’t trying to be mean – hell, her quips could sting like a lash when she wanted, and the longer we were together the more whipping I got – she actually was making a fair point. Speaking isn’t my strong point. Conversation is fine, and three or four people around the same table I can just about handle. But any more than that just feels like speaking. And speaking, in public, is unspeakably awful.

Take the other night. I found myself in a bar in Manchester for the Blog North Awards, which I wrote about last week. The Culture Vulture is one of the sponsors of the event (pity about those bloody chickens) but I was there just to enjoy the entertainment, the company and the alcohol. Watching, chatting, drinking – all things I’m more than happy to indulge in, and most of the evening I passed blissfully in the background. Then it turned out I was representing The Culture Vulture. Handing out an award. On stage. In front of an audience. Beneath a spotlight …

You’ve seen those disaster movies where the tsunami/ earthquake/ tornado/ Mutant radioactive dung beetle is about to hit town? There’s always a panoramic shot of city lights gradually switching off, starting from the flat suburbs and gathering pace till finally reaching the sky-scrapered centre, when ping! – a dark fearful silence descends upon the world. Well, that’s what happens in my brain. Speaking in public is like disaster striking. I can almost hear neurons shutting down and feel synapses refusing to fire as the space between my ears collapses into one big echoing post-apocalyptic wasteland.

All I remember from the Manchester experience is just about managing to edge out of the spotlight as my co-presenter Alison (@AnarchicAli), who I’d persuaded on stage, asked me, into a microphone, “So Phil, what’s Culture Vultures all about then?” The elevator pitch. All the others on stage previously had made an effort. I’m sure we chatted beforehand and Alison said something like “you are going to say something up there, aren’t you?” and I probably grinned amiably and made mollifying noises. And I’m sure I had every intention of saying something a little more informative, witty and incisive than “errrm … dunno really …what d’you think?” but in the event that’s all that occurred before my brain collapsed into catastrophic rubble and I thrust the piece of paper containing the names of the shortlisted blogs and the winner into Alison’s unwelcoming hands.

I don’t know quite what the precise trigger was. Looking down from on high into rows and rows of silently expectant people is my idea of hell, so that did not help. But I think it’s the act of speaking itself – or, more accurately, broadcasting – that I simply am incapable of mastering. I’m not even competent enough to be conscious of my unconscious incompetence.

I’ve always had a particularly puny voice and I mumble spectacularly. Compared to the people who’d presented and performed before me I sounded like I was trying to masticate a sockfull of dry sand. Earlier speakers were as graceful and controlled as downhill skiers – I sounded about as slick and sophisticated as sliding down a bumpy hill on my arse in a torn up cardboard box. To hear yourself booming out of the PA system of an unfamiliar bar, magnifying each and every fault, is to wonder why anyone has ever slept with you. Or ever would again.

So, apologies to the Blog North guys, the bloggers, the rest of the audience, and Alison – especially Alison as she had literally seconds to prepare for my corpse impression (though saying that she’s no stranger to the spotlight and has spent more time behind a microphone than I’ve had hot dinners¹.) And, as for the answer to that very good question, “What’s Culture Vultures about?”, well partly it’s about encouraging the likes of me who wouldn’t say boo to so much as a gosling to have a say. It’s for anyone for would rather face a bacon slicer than face a live audience. All I need is a laptop, a wifi connection and a WordPress login and I’ll happily face anything.

I can’t imagine reading anything I write aloud though. Not in front of people.