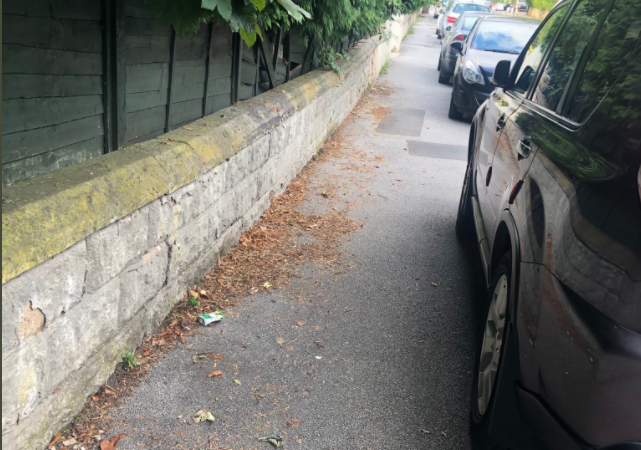 Streets had to be invented, writes IVOR TYMCHAK. But now they are just a convenient place to park your car.

I can still remember the day I discovered that streets had to be invented. It came as a profound shock.

I’d been watching a TV documentary and it showed an ancient habitation where the dwellings were built like a honeycomb – to get to one particular dwelling in the middle somewhere the inhabitants had to clamber over others. At some point someone with enough influence decided this was an untidy arrangement and came up with the idea of a street with dwellings lining the access path.

Today, most people don’t think about how streets were developed, they assume they’ve always existed as a kind of default human vision, like ziggurats.

We can see this exact assumption surrounding cars.

Cars are a marvellous invention: they effortlessly transport you in comfort and seclusion to your destination. Now, here’s the thing that people forget: the car is a means of transportation. When you arrive at your destination you want to do all the human things: work, play and socialise with other human beings.

The problem is you have this huge item called a car that needs to be put somewhere. Not only that, it’s so heavy it has to be driven to its storage location. That means huge areas of the destination area has to be given over to storing cars. There are so many cars that roads have to be built to access the storage areas and these interfere with the area human beings want to use for socialising. What you end up with is a habitation like the early human ones that were inconvenient except today, the roads are far more insurmountable and ultimately, deadly.

A city should be a place of human activity not machine activity. It should be the most desirable place in the landscape. Instead we have cities dominated by roads that service the means of transportation. Some cities have even been designed around cars, as if the planners assumed people would only ever want to pass through the place and not stop to look around. And this has come true to a large extent, it’s a downward spiral: the less there is for a human to enjoy, the less they’ll want to visit that place. For a human being on foot, many cities are dirty, dangerous and unwelcoming places. The tail is wagging the dog.

Some planners have woken up to this ridiculous state of affairs and have made token efforts to redress the hegemony of the car: they’ve implemented pedestrian only areas within the heart of the towns and cities and park and ride schemes to limit the number of cars entering the centre but it’s not enough.

If you were to design the ideal city from scratch today, you would hopefully consider it from a human perspective and not from the one that only thinks about the means of getting to it.

The pandemic has given many people the time to think about what kind of society they want to live in. As the late David Graeber points out, everything in human civilisation is just an idea of how things might be run. Nothing is ‘natural’ or ‘inevitable’; we can invent new ideas and try different systems if we really want to.

If we need an excuse to be bold and visionary in our design of civilisation, then the pandemic supplies it.

Where are the leaders brave enough to suggest a radical new approach? I don’t see them.

But then, there are huge bypass roads obstructing my view on every side.