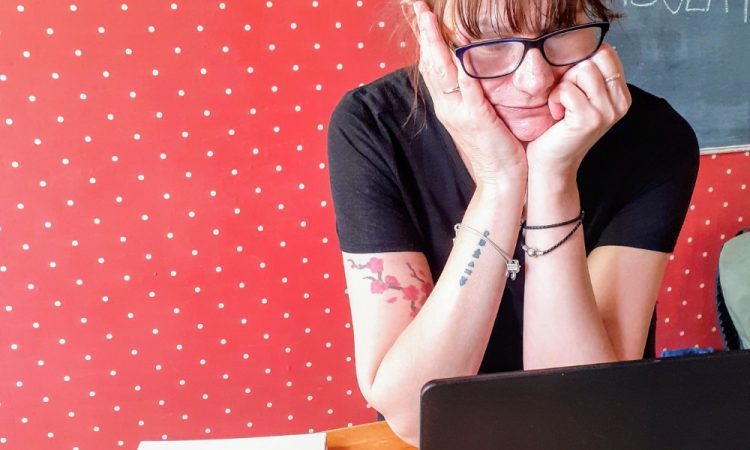 Life at the breakfast bar.

I should have started this last week. Our Philip (Ed: declaration of interest, Christine is my sister) said it only takes 20 minutes a day. I don’t think I’ve had a spare twenty minutes this week though. Drama queen. Working from home is way harder than I thought.

What did I do Monday?…. Tuesday? Wednesday? – I did a spontaneous radio interview with Helen (Bcb radio, listen again, Wednesday 1st April. 3-4pm part 2.) Always funny. It was mainly about education in isolation, but I didn’t have time to think about anything I was going to say (not that that is anything new), and yet again, I forgot the contact details for the place I work. Holy crap on a cracker. I’m sure I will be forgiven. Plus, does anyone actually listen?

Thursday? Friday? This is harder than I thought. I did spend most of the last two weeks learning all about the job retention scheme. Furlough. Didn’t even know how to pronounce that when I first saw it. (Furlough as in rough, or furlough as in though? It turns out it’s the latter). 80% of your salary paid by the government, saving on potential redundancies. That sounds much more simplistic than it actually is. Unless I overcomplicated it.

The week was spent sharing the house with Eve and Ella, and trying not to get in each other’s way, particularly when on a video call thing. I’ve done my fair share of zooming, spending the first ten minutes out of the forty allocated telling participants I can’t see them or hear them. ‘The icon with the video camera / microphone. That’s it.’ Funny last week. Irritating this week.

I walked in on Eve when she was mid zoom with her managers and heard a very posh male voice say, ‘Oh, it appears that Eve has a visitor!’ Both of us continued to laugh way longer than it warranted. We laughed even more at a wonky carrot the day after (whatever day that was).

Trying to stay positive. Yesterday I went for a walk. Realised it was the first time I have left the house in three days. Played cards, watched a couple of films, planned Ella’s university moving out box…. Full day. Saturday’s aren’t what they once were.

Up, dressed, washing everything in the house, going for a walk…. I’ve decided not to plan Sunday any further.