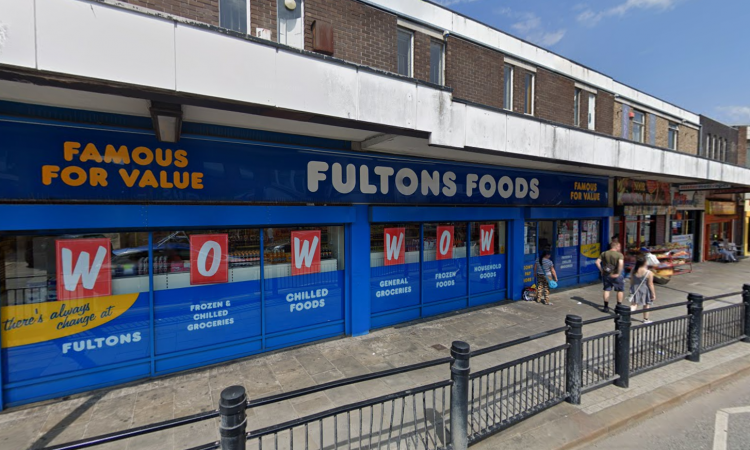 PHIL KIRBY has started a diary. About life in Leeds in these strange times.

Even the morning drinkers outside the bookies on Town Street were observing the two metre social distancing rule.

I spotted them about half past ten while I was pretending to go to the shops. We’re officially only allowed one “Boris” walk a day and I prefer to save my walk for the evening. We can get out and about if we need to stock up on essential supplies though, which is sort of going for a walk, so I stuffed my pockets with a variety of carrier bags (Lidl, Morrisons, Asda, Sainsbury’s) to provide a plausible reason for leaving the house and headed for the local high street.

I went as far as Wortley Road – didn’t want to push it – crossed over and wandered back, past bus stops where the queues dot-to-dotted half-way to the next stop, and shops where queues at the butchers mingled with the bakers and the candlestick makers (it’s actually a logistical nightmare to adequately space customers when the shops are so close and the path so narrow.) Even the old guys having a breather in the park positioned themselves at the extreme ends of benches, a single tinny on the tarmac between their knees.

I decided to nip into Fultons. Maybe I could score some cut price artisan yoghurt I thought – seriously, specialist dairy products are a thing at Fultons, worth checking out (I am resisting a joke about #CultureinQuarantine.) Sadly someone had panic purchased all the decent items in the dairy section – there was the odd pot of Muller’s Crunch Corner toffee hoops left but I can never work out if that’s for breakfast or pudding, which is plain wrong – so I ended up with two packs of cheesecakes (one for £1, two for £1.50, can’t go wrong) and a large bag of PK salted peanuts. I like to have what I call “emergency peanuts” in the house.

There wasn’t a long queue. Or rather, in any other more normal time, five or six people at the checkouts would not constitute much of an event. But since I’d last been in the shop – Thursday I think, and a lot can happen in 48 hours these days – the floor between the tills and the back wall had been marked out with bands of yellow tape at 2 metre intervals. Shoppers had to stand single-file, toes behind designated yellow stripes, and only move forward when the person in front had been given the all clear. A queue of four people in front meant I was nearly 30 feet from the checkout.

Two women in royal blue tops were serving customers behind a pair of tills. These tills were too close to maintain proper social distance but they were attached in a way that meant they could not be shifted. To solve the problem of unhealthy proximity an assortment of boxes had been stacked between the tills to elbow height, on top of which lay open trays of chocolates and flapjacks and various chewy, brightly packaged sweets. Customers were told to stand a good stride away from the confectionery barricade and no less than an arms length from the tills. Until the customer had manoeuvred into a position deemed appropriate by the checkout staff no goods would be swiped and no payment accepted.

This inevitably caused some delay in the process of shopping.

One of the checkout ladies was particularly punctilious in enforcing the waiting line’s prescribed social distance. She barked orders at the people behind me who were lax in their observation of yellow tape etiquette; “You. Move back!”she roared. Anyone having the temerity to enter her domain was met with a curt, “Out! You’ll have to wait outside till the next customer leaves!” if she ruled the shop was at maximum customer capacity. And she stabbed and slashed her blue latex gloves in the face of the next unfortunate trying to steady an overloaded shopping basket on the checkout with all the intensity of a batsman guiding a Hawker Harrier to land on an aircraft carrier in choppy waters.

When I finally made it to the checkout and tried to pay with cash she gave me a look like I’d attempted to bribe a judge to reduce my sentence for major crimes and misdemeanours. “Don’t you have contactless?” she snapped, pointing to a small notice sellotaped lopsidedly to the side of the till. The notice said contactless was preferred but cash was still acceptable. The cheesecakes and nuts came to £2.79 and I happened to have the correct change in my pocket so I thought I was being sensible. “No,” I said, “just the money.”

She would have sentenced me to a stretch in the salt mines if she could, I’m sure of it.

In fact, she reminded me of Judge Judy. Only with a Leeds accent. Same hair though. Like it was styled on an anvil. By Thor.

Anyway, I finally left Fultons and made my way home. I’d been out of the house almost an hour – 32 minutes of my excursion stuck almost stationary in line with a bunch of people who were trying to buy what’s left of the bog roll and fish fingers and Ragu pasta sauce. I’m not sure it counted as a walk, and it barely counted as a shopping expedition, but it was definitely an experience.

I fear it’ll be this way for quite some time. Or worse.

I’ll miss Fulton’s when we are in complete lockdown. Best enjoy it while you can.