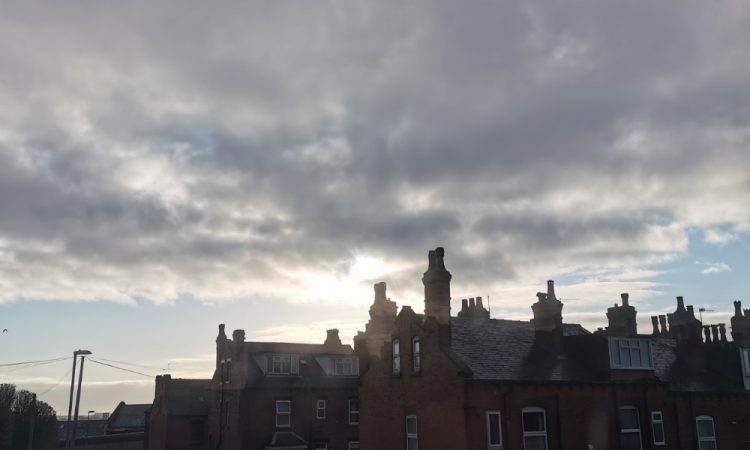 Why Write a diary these days? PHIL KIRBY has some idea.

I can’t remember a time I’ve ever felt this useless.

I don’t mean simply having sod all to do and all the time to do it in. I’m used to that. Inactivity is my natural state. Indolence suits me. If I was any more idle I’d probably seize up like the tin man in The Wizard of Oz and spend the rest of my life as still as a statue. Mum always said I had two speeds, slow and stop.

In fact I always thought I was born into the wrong century (and class) and would have fitted in perfectly in the Roman Empire, resting on one elbow on the daybed idly plucking grapes from a silver tray, drinking wine from a cup the size of a small trophy, with a slave in the background waiting on my every whim… I’m not apologising for slavery, obviously. In my fantasy the slave is played by Frankie Howerd so it’s more of a comedy trope than serious social commentary. Titter ye not!

It’s not that kind of uselessness that’s a worry.

There’s a crisis on! Even my conscience, weak and wizened as it is through years of underemployment, whispers in my ear that I should be doing something. Anything. Just do your bit (bloody hate that phrase, and under normal circumstances would have eliminated it with extreme prejudice, but this is meant to be a diary so I am sticking to the rules and not deleting.)

All my friends and acquaintances seem to be doing what they can. Those with resources are sharing, getting people together, making things happen. Those with skills are using them for the greater good. The heroes are displaying heroism and being even more heroic.

I once did search for the hero inside myself (deep, deep inside myself, yeah.) I wish I hadn’t, it was a real letdown and wasn’t worth all that effort. Best not go there ever again, keep my secret well hidden, drop that key down the deepest well. Apologies to M People.

As for any skills, I’ve heard people talk about their “skill set” and “transferable skills.” This implies a plurality of talents that can be successfully redeployed in another field away from the original expertise. In my case I’m not sure that riding a bike, knowing my seven times table, or remembering to put the toilet seat down (almost always) counts for very much. As a good friend will tell you, I can’t even get a cat to swallow a worming tablet. My skills won’t make much of a difference given the current circumstances.

And resources… I could lend you a pen, perhaps. In fact, damn it, at last count I had 73 pens and 39 pencils, so if anyone is short of a writing implement I’m your man (you can’t have the Mont Blanc though, that cost me more than my bloody computer.).

Well, that made me feel better. Conscience soothed.

So, right now, in this moment of national crisis, I can do nothing. Or next to nothing.

Probably nothing is the best thing the majority of us can do right now anyway. Stay away from public places, keep your distance, stay indoors.

Just switch on the television set and forget about doing something less boring instead.

And keep a diary.

The best thing about a diary is that you can do it indoors, by yourself, and you don’t even need much to write about. In fact one of the greatest diarists of the twentieth century was a Trappist Monk called Thomas Merton who obviously didn’t get out much. He’s well worth a read. All you need is a pen (like I said I have spares) and some paper and half an hour or so a day and bingo! Well, maybe that’s an inappropriate exclamation given the circumstances, but you get the drift.

You can do it. There are no rules… okay, I did mention earlier there was a rule about just writing and not editing or censoring yourself, going with the flow. And maybe there’s a rule about honesty (what’s the point of lying in a diary?) But apart from that there’s nobody to tell you the right or wrong way to write a diary. And what goes in it is up to you.

I’ve always enjoyed reading diaries. Right now I’m reading The Diaries of Charles Greville, who was a complete rogue and wastrel (and deliciously mean to the young Queen Victoria, worth reading for those passages alone.) I’ve got Evelyn Waugh next. He was a proper shit.

And that’s the point. The diary is no place for heroism or preening or posing as some kind of paragon of virtue.

This is it’s great value, I think. Right now the narrative being put forward about life during the coronavirus pandemic is about resourcefulness and leadership and heroism. Rightly so. But when it’s all over writers and historians and curious people in general will want to know what ordinary people felt and thought and did and how they got through it. Warts and all. They’ll need diaries as documents.

We can do that.

Leeds Museums and Galleries are asking for our experiences too, so really keeping a diary does mean you’ll be doing your bit (eugh, used that sodding phrase again… holding my nose at the stink of a cliche but them’s the rules, it stays in.)

So, for the next few months, rather than writing theatre reviews, arty nonsense and that kind of thing, I’ll be reporting life in LS12, specifically these four walls, and walks to the shops, and cats, and Twitter, and possibly the weather. And I’ll be asking our other contributors to take part too, or anybody who fancies joining in.

If you want a pen you know how to get in touch.