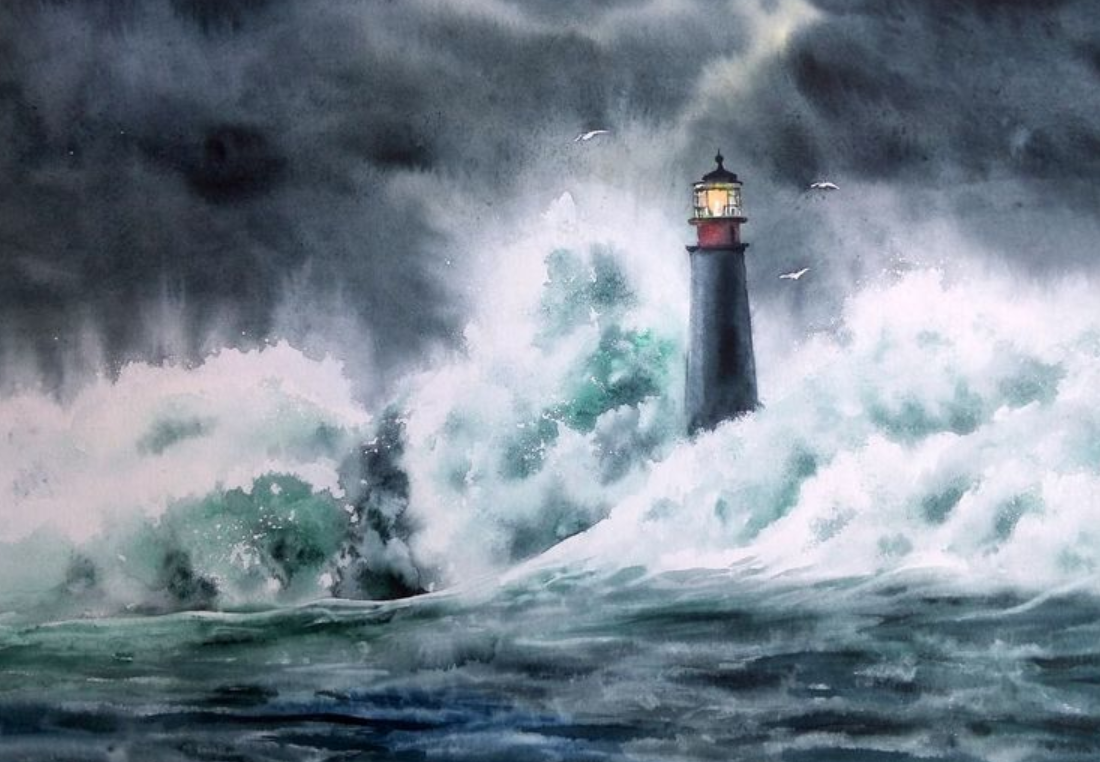 Why Leeds is getting a lighthouse. It’s the best thing to come out of the 2023 European Capital of Culture fiasco says Phil Kirby.

I’m not the only one to think this. My sister is in New York on holiday and took the kids for an afternoon at the Museum of Modern Art. Here’s what she put on Facebook… 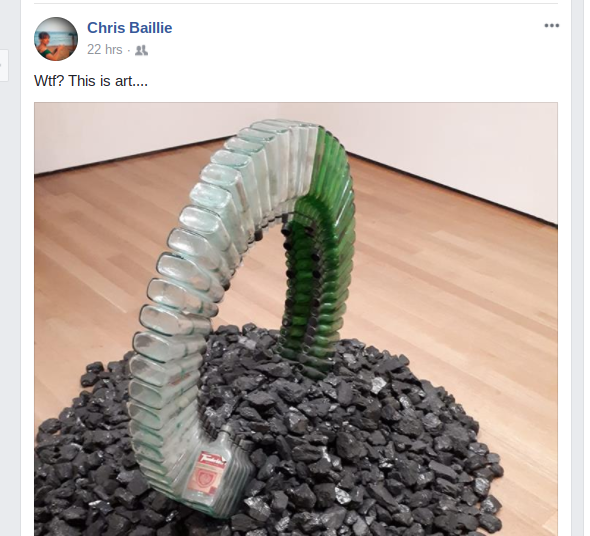 I don’t know about you but this looks like the contents of my recycling bin the morning after the night before to me. I can see why modern art galleries have problems with cleaning staff regularly dumping the entire contents of an exhibition into the nearest skip. Cleaners clean; they aren’t the problem. If artists stopped making work that’s difficult to distinguish from a pile of crap the problem would disappear overnight. It would certainly help the part-time, low paid workers who have got enough in their lives to worry about without having to deal with the intricacies of post-modern aesthetic practice.

Still, most art will have its appreciators – just look at the responses to my sisters comment – and the one firm fact I do know about culture is that the more of it there is about the better off we are as a place to live. A city needs culture like a peacock needs its plumage. The peacock doesn’t actually need all that bling on its backside, and it doesn’t directly benefit from carrying the extra weight. Showy tail feathers are what the scientists call a “redundant signal effect”, which is natures equivalent of an inward investment strategy. It makes the flashiest, showiest, gaudiest cock the most attractive proposition relative to its less well endowed competition. A fowl that can afford all those fancy feathers must be a good bet in the evolutionary stakes.

And it’s the same with culture. A city with a large cultural endowment must be a better place than one that concentrates on the more drab, utilitarian concerns. Look, we can afford all this! We must be amazing!

This is the impression I came away with from an event at the Town Hall a couple of days ago to promote the next stage in the evolution of Leeds 2023. The city may have been disappointed not be allowed to compete for European Capital of Culture, but we aren’t going to be downhearted. Instead of packing away our cultural plumage for another day and concentrating our energies on the dull but necessary chores of economic development, the provision of routine services and making sure the buses run on time, the city has decided that culture is at the heart of everything, strategically (“the new Culture Strategy aims to place culture at the heart of the city’s narrative and embed culture across all policy areas” says the Leeds Cultural Strategy)… let’s show ’em!

Personally I’m not sure what this means in practice. Will we have a J G Ballard on the Highways Committee? An Eric Gill in charge of Dog Wardens (don’t ask!) A Julian Fellowes scrutinising planning permission? Obviously I am being facetious, but remember it wasn’t so long ago that a Leeds cultural icon was embedded in a lot of policy areas where he really out not to have been bedded at all.

There’s nothing naturally nice about culture, or the people who make it. Many policy areas could do with a bit of protection from certain cultural types if you ask me.

Still, I’m all in favour of the quantitative value of culture. The more the merrier. So it’s a good thing that Leeds has a plan to invest £35 million into culture in the next few years.

The explanation for the new direction and the financial implications for the city is on the Leeds 2023 website.

We’ll be getting a cracking new People’s Theatre, a spectacular sculpture extravaganza, and a landlocked lighthouse…

Now, I’ve seen a lot of nay-saying, poo-pooing and yah-booing on social media over the last couple of days about the lighthouse idea. Many people questioning the cost, or whether we need a lighthouse at all. A city doesn’t “need” an art gallery, a sculpture park, or fountains; some things a city does just for the sheer outrageous fuck of it. A lot like a peacock.

And, let’s face it, a lighthouse is a bit of a phallic statement. A classic redundant signal if ever there was one.

My only slight quibble is that it’ll be made out of concrete. I’ve always thought an inflatable rubber lighthouse would be much more suitable, as well as cheaper, more sustainable, and easier to maintain. It’s not like it’s going to be pounded by forty foot waves on the edge of the River Aire in Holbeck, is it! The only danger is the wind whipping from Bridgewater Place and the odd abandoned syringe along the canal.

And an inflatable could be fitted out with some kind of responsive technology that read the mood of the city and varied the amount of air in the structure accordingly. On days when Leeds was feeling a bit down in the dumps the lighthouse would be deflated. On days when we felt up for anything on top of the world and full of the joys of spring… well, you get the picture.

It would be the sort of art that anyone in the city could instantly appreciate and relate to. It might even make my sister smile.

A proper Cock of the North.