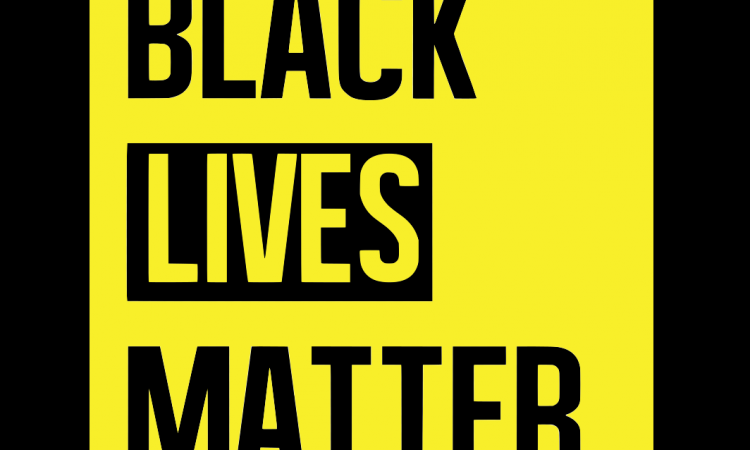 How long will #blacklivesmatter continue as a priority for white people? asks VANESSA MUDD.

Note: While I use the term black in this piece as it specifically looks at the #blacklivesmatter campaign, it is not meant to exclude any Indigenous or People of Colour.

“We are at a tipping point in our society; there’s a fulcrum that is constantly moving- on one side, the rise of nationalism and at the other, increasingly progressive movements towards civil rights and equality. We simply can’t afford to let nationalism win. There is too much at stake and we have fought too damn hard to slide back now.” Elijah Lawal, author.

I am a white woman and regard myself as anti-racist. In my mind I have always been pro-active, but a couple of years ago I realised I’d been sleep-walking. I was saying less. Where had my pro-activeness gone?

This is exactly the privilege whiteness grants: a white person may see race as a topic, something they can choose to be more or less involved with. It is not a luxury afforded to black people. For author Layla F Saad, this “idea that ‘I’m one of the good ones’ puts you in a mindset that you are not racist and therefore you do not have to do anything more to practice antiracism.”

The myth of racial difference was created by white Europeans to justify the trans-Atlantic slave trade. Presenting Africans as less than human created the notion of white supremacy and with it the racism which endures today.

As Peter Fryer reminds us in his book Staying Power, first published in 1984. “Black slave labour on sugar plantations in the West Indies was British industry’s springboard. And racism not only justified plantation slavery and, later, colonialism but also poisoned the lives of black people living in Britain. It is still doing so.”

Being accused of racism has, rightly, long been a badge of shame and horror for many white people. At some point during my lifetime the act of calling out racism became the thing to be ashamed of.

These days to describe someone’s actions or speech as racist is impolite, if you are black you risk being accused of reverse racism – another myth. Racism, it seems, may only be identified as such if it is extreme.

American writer Ijeoma Oluo recounts a friend telling her, “Let’s not get ahead of ourselves here … You can’t just go around calling anything racist. Save that word for the big stuff.”

This is how white patriarchal society effectively makes the patently unacceptable somehow the norm. Easy when you have the power of the press behind you, not to mention vested financial interests and the support of other powerful white men ‘on the board’, ‘at the club’ or ‘in the know.’

Many of our social institutions were established during slavery and colonialism, meaning they naturally embedded the notion of white supremacy. These narratives dehumanised black people; a degradation that whiteness frequently defaults and returns black people to. As academic Robin DiAngelo writes, “The identities of those sitting at the tables of power…have remained remarkably similar: white, male, middle- and upper-class, able bodied.”

In 1979 The Specials’ debut album marked a defining moment in the avowedly and proactively anti-racist Two-Tone movement. In 1989 Soul II Soul dominated the charts and accrued accolades for their debut album.

Because I didn’t look too closely, these seemed to mark progress across the decade. Aged twenty I believed, like my peers, that racists were either old and didn’t know any better, or were thugs and racist skinheads who we’d kicked into the margins.

We thought this was the beginning of real improvement.

There were some superficial changes: extra funding, arts projects, action zone money for schools. Then in 1993 we witnessed the Met bungle the investigation into the murder of black teenager Stephen Lawrence, so that his killers walked free. As Elijah Lawal reminds us, “For black people and minorities in general, progress always seems to be a case of ‘one step forward, two steps back.“

Lawrence’s murder was followed by another round of ‘progressive’ work tackling anti-racism, a blast of support which faded as the silent rebuilding of the status quo continued behind the scenes. Like a mutating virus, this hegemony constantly learns how to subtly shift the balance of power back to rich white men.

As writer Toni Morrison reminds us,“The function, the very serious function of racism is distraction. It keeps you explaining, over and over again, your reason for being.”

At the heart of the anger and professed support around racism, it’s what doesn’t happen or isn’t said which can have the lasting effect.

It is easy to use a hashtag, post support on social media and yet find yourself in a month or a year’s time not having lived in a proactive way.

Racism is such a developed system, with centuries of practice and will not be dismantled by one or two people. It needs a majority creating so much noise and pressure that things have to change. Black people don’t have a choice to opt out, or stand down.

The kind of white person you want to be will dictate how seriously you invest your energy beyond any # movement.

How white people can go beyond a # movement

White people can use their choices and their voices. Never underestimate the power of money. Decide which companies and brands to support.

Then learn more about the subject, so that you can speak up constantly and effectively. This seeking knowledge is vital. This should not involve asking BIPOC who already carry the exhausting burden of racism. Kalwant Bhopal reminds us of this,“I still continue to experience racism, often on a daily basis…I will continue to name racism regardless of the negative repercussions of doing so.”

We are very lucky to have a plethora of books on race. Below is a small selection with a suggested order of reading. These all tackle three important ideas: firstly, seeing that the notion of ‘whiteness’ as the norm has made racial difference seem a natural occurrence. Secondly, accepting that white people can never understand what it is to be a person of colour. And third, grasping the significant role money and power play in the system of racism.

David Olusoga: Black and British, A Forgotten History (Pan MacMillan)
Olusoga takes us on a journey from the presence of black people in Britain across the centuries, to debunking myths around Africa’s status pre Europeans and delivers us to a modern day prognosis.

Robin DiAngelo: White Fragility (Beacon Press)
Focusing on whiteness and how white people are framed within it, this book helps show white people their place in a system. The terms are initially challenging, just like language around race was for my parents’ generation. If you see it this way you may feel less fragile- though the point of this book is to challenge white people into reorganising their thinking process.

Layla F. Saad: Me and White Supremacy (Quercus)
If you are a white person, drop your notion of what you think white supremacy is and allow this book, complete with thinking exercises, to help you delve deeply and honestly about race. The tasks are difficult but if we’re looking to effect real change then we need to dig deep, feel discomfort and work through and genuinely understand our ingrained ideas and unconscious bias.

Ijeoma Oluo: So You Want to Talk About Race? (Seal Press)
Using her experience as a black woman in America, Oluo provides a wide range of examples to illustrate how racism works in daily life. I refer back to this repeatedly, Oluo is like an older sister offering guidance. The new paperback version includes an excellent guide for talking about racism and improving confidence in tackling incidents.

Elijah Lawal: Your Guide to Calling Out Racist Stereotypes (Hodder & Stoughton)
Taking the many different aspects of racism, Lawal explores the myths around them and helps us build knowledge to dispel these. The chatty style, each section has a pop-quiz question and there are many humorous asides, enhances the quality and depth of this work. This is like the pocket version of your best mate – straight talking and funny.

Vanessa Mudd is a writer and part of Heritage Corner Leeds.
https://heritagecornerleeds.wixsite.com/heritage-corner