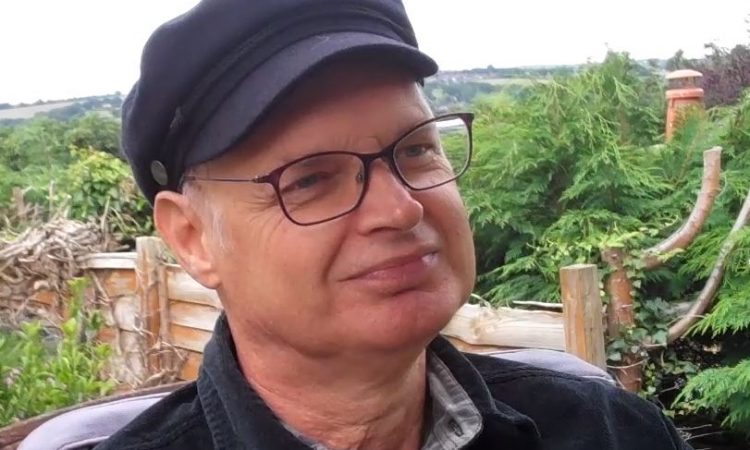 With live performance cancelled for the duration, the global pandemic has caused Yorkshire based writer, comedian and public speaking guru IVOR TYMCHAK to reevaluate what life is all about. Which, in turn, has led him back to his creative roots – as he told the CV’s RICHARD HORSMAN

Unprecedented. It’s the only word for it.

Imagine .. the old normal stood on its head, a Chancellor announcing economic policies that not long ago would have been deemed impossible.

Unemployment’s surging, with predictions it could reach record highs. There’s a divisive figure in Downing Street, and what many have dubbed a plague is impacting every aspect of life across the nation. Its effects are felt keenly in the Midlands and the North, with cities like Leicester and Bradford finding themselves in special measures. Protestors are on the streets, angry at the unfairness of society.

Except that isn’t actually a summary of the pandemic year of 2020, but rather the early years of the 1980s.

An era when Margaret Thatcher was in Number 10, and the young Ivor Tymchak, newly graduated from art school, couldn’t believe his luck at blagging the chance to write a cartoon strip for Sounds magazine. Together with his mate Neville Stanikk, this was their big break. In a time before email, he got the news in a phone call.

“The rest of that day was probably one of the most exciting days of my life” he recalls,

“I was as high as a weather balloon – I was going to get paid to take the piss out of society”.

A proper gig for a respected if counter culture publication, and a chance to make an impact. Life and How To Live It was born.

It was the age of punk, but also the age of The Good Life; Margot and Jerry Leadbetter with their Volvo estate could have made Ivor angry, but he just couldn’t resist seeing the funny side. The strip ran for just over two years. It stopped when a new editor was appointed whose first act was to sack all freelancers regardless of their contributions – another uncanny foretaste of the future.

Now, forty years on, history is repeating itself. Life and How To Live It is reborn, this time (naturally) as a website. The Volvo estate has made way for the SUV (no-one can say such a simple acronym with as much contempt as Ivor) and electric gates to suburban semis are the latest affectation to get the Tymchak treatment.

I caught up with Ivor Tymchack on his socially distanced (and breezy) patio, with a fabulous view of the Emley Moor transmitter, to discuss the reboot of the strip …

Ivor’s also keen to get hold of back issues of Sounds with the original Life and How To Live It in them .. some of the original strips have been lost and, naturally, he’d like to complete his collection. Just don’t deliver the box from the attic in an SUV …

The best way to find out more about Ivor Tymchak and the Life and How To Live It reboot is to subscribe to the email newsletter from the website lifeandhowtoliveit.ink – that’s ink as in pen, not inc as in incorporated, naturally