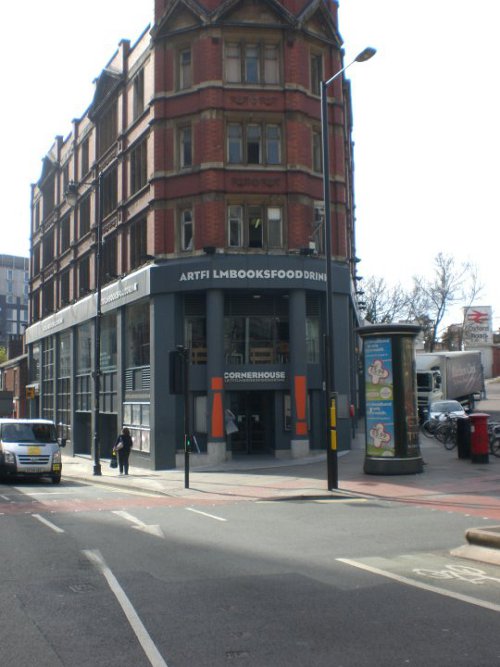 We got embroiled in a twitter conversation recently when we said that Manchester had more delightful stuff happening! (or maybe their marketing/narrative is more cohesive) Neil Owen of Test Space Leeds has experience of Leeds, Manchester and London, here are his views on the matter:

I grew up in Leeds, over the past ten years I’ve lived and worked in Leeds, Glasgow and Manchester.  I have a passion and love for Glasgow and Manchester, large industrial cities with an  independent spirit, an arrogance and confidence about what they do; a combination of politics, heritage, art, design, football and music at their centre. Leeds, though, has always frustrated and disappointed me, it should be on a par with these cities but it simply isn’t. Leeds has the potential to be a great city, it’s hard edged, creative, diverse, with a fantastic heritage. But this potential has been the case for the last twenty years, so what’s stopping it?

A city should be defined by what it creates; a combination of music, art, architecture, design, writing, businesses, food and retail. Leeds has elements of all these, genuinely talented people creating, making and doing great work but so little of  it is actually seen or impacts on the city as a whole. The work is out there but you have to really look to find it. Peter Saville said this  when he was appointed Manchester Creative Director “Manchester has no longer got to compete with Liverpool and Sheffield, it has got to compete with Bilbao, Barcelona, Lille and San Diego.” I believe that this is the kind of ambition, confidence and arrogance Leeds needs to find in order to succeed as a city, it’s not about copying other cities it’s about having confidence and pride in what you create on your own terms.

A successful city needs to retain its creative talent. Leeds is a city with a College of Music, one of the last independent Art Colleges in the UK, schools of graphic, fine and contemporary art at the Leeds Metropolitan University,  a Film School and Innovation North all these have students and graduates creating fantastic work. Yet so little of the talent here is retained. Compare what happens in Leeds to the Glasgow School of Art  that is at the heart of the city, a small but significant number of art and design students stay. Spaces such as the CCA and Tramway have built up around the artists who studied at the Art School. It’s not easy but the graduates who stay over time have genuinely added to the identity of the city.

This leads on to another problem, the centre of the Leeds doesn’t have the combination of established, experimental and mid-level opportunities or spaces to showcase, sell or network that Manchester or Glasgow has.  In Manchester a simple list might include the Cornerhouse, CUBE, Nexus, NOISElab, the Northern Quarter. Festivals such as Eurocultured, FutureEverything or the Cutting Room. In Glasgow a similar list might include the 13th Note, the CCA, Nice and Sleazys, the Glasgow School of Art, the Tramway, the Arches, the Barrowlands and the Glasgow Film Theatre. Leeds has a handful of established large venues but lacks smaller, genuinely interesting and alternative spaces, though this is changing with venues such as MAPP, Enjoy and the Temple Works.

As a city Leeds far too often follows what others have done, (waterfront developments, stadiums and super-trams), lacking confidence in itself and missing the point of what made something unique in the first place. Leeds could be truly forward thinking about how it wants to define itself. Schemes such as Art in Unusual Spaces are a starting point but there’s an opportunity to do something genuinely radical and different in Leeds.

A city which prides itself on being the retail capital of the north should be looking to use the current economic situation as a catalyst to reinvent the high street, this doesn’t mean more shops, cafes and bars.  It means looking seriously at how independent creative talent can be retained, showcased and promoted in Leeds. It means artists acknowledging that retail and commercial opportunities are a good thing.  It requires grassroots networking and collaboration between local architects, designers, artists and businesses.  It means retaining and incorporating spaces such as Leeds Market or the Corn Exchange, but really looking at the significance and history of these spaces, how they are used, why they are important, not pushing up rents and gutting them. It requires working with new developments, such as Trinity or the Eastgate redevelopment and encouraging investment in the city.

As someone who grew up in Leeds I want it to succeed. I genuinely believe Leeds could be a great city on a par with Glasgow or Manchester but it will require a change in attitude and outlook for it to be truly successful. It’s a massive challenge but an exciting one; I just hope in ten years time Leeds isn’t still refitting the Schofield Centre/ Headrow Centre/ The Core or flattened Leeds Market to make way for a John Lewis.

What do you think? We would love to hear your views! (PS we are searching for a couple of hyperlinks to Mapp and Enjoy)