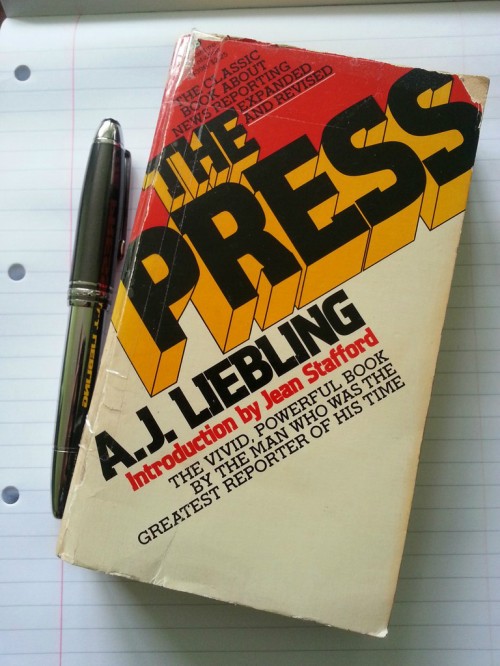 Once or twice over the past year I’ve had to lie to a journalist. Well, “had to” is pushing it a bit; it’s not as if I’ve ever managed to get myself involved in a dodgy deal or a caper or anything that’s warranted a cover-up. Regrettably, life really isn’t that exciting.

Even calling what I said “lying” is an exaggeration. The lies themselves were not so much little and white as magnolia and minuscule. And there weren’t that many. I was using the phrase “once or twice” in its vernacular (untruthful) sense of “a negligible amount” – though if you happen to be the sort of person who believed that the magnitude of falsehood was nearer “once” and certainly not more than “twice” you are just the sort of person who might be interested in this lovely little motor I have for sale, one previous owner. It’s a steal, honest … Anyhow, back to my point; the journalist in question freelanced for a local daily and the article appeared in the Saturday culture supplement so it’s not likely I mislead more than a thin slice of its 30,000 circulation. That’s nothing really these days, is it? Not like I fibbed on Facebook or anything.

My motives in misrepresenting myself were in fact unimpeachable. For months I’d been reading commentators in the heavy papers, watching the pundits on late night news and listening to serious radio broadcasters all decrying tabloid journalists for their dubious exploits in the “hackgate” scandal. I decided I had to do something. Make a protest. Stand up against the blatant injustice. Make my voice heard as a concerned citizen, or some such thing. I do have a conscience after all, which occasionally cranks over and rumbles into life when something unexpected sparks its interest. So, I mused, if the press were feeding the public a regular diet of lies, misinformation and deception I was going to strike a small blow back for the honest mug in the street. Not in the name of truth or justice or anything high-minded, however. That would have been too obvious and deficiently humourous. Instead I made a unilateral declaration of untruthfulness; if journalists were willing to dupe and swindle and deceive me then I was going to retaliate with the only weapon at my disposal – a considerable stockpile of bullshit.

The plan of course had several major flaws, not least of which that I was unlikely to come across a tabloid hack upon whom to practice my cleverly conceived strategy. As I said, my life is achingly devoid of anything the tabloids would find interesting – I blog about publicly subsidised art and culture in a modest Northern town for heaven’s sake, there’s not a smidgen of a scandal in a fifty mile radius! Regrettably my only recourse was to slip a few spurious “facts” into an interview with a charming and avuncular freelancer who was writing a feature article on a event I had more than a tangential connection with.

I suppose I should regret it. I expect I should have behaved more ethically. Perhaps my porkies were against the public interest. Happen I ought to confess all and correct my misleading messages.

I started to ponder these questions in the middle of last week when I attended a session about the Leveson Enquiry (into the “culture, practices and ethics of the British Press”) at Leeds Trinity University’s Journalism Week. I’m glad I kept my revelation quiet until now. I don’t reckon it would have gone down so well, surrounded by several hundred keen, enthusiastic and refreshingly idealistic journalism trainees. The trainees were an impressive lot – I can’t imagine any of them letting me fob them off with a handful of implausible fibs – and I’ve no doubt the future of journalism is safe in their hands. However, I left the session (Brian Cathcart from the Hacked Off Campaign) completely bemused and none the wiser what to make of the argument that the way to improve the truth telling standards of journalism was to draft a set of rules and regulations that would be enforced by politicians and overseen by judges.

Now I’m not a big fan of celebrity tittle-tattle or malicious, unprincipled muck-raking but I’m not convinced the way to deal with obvious outrages is to lavish overtime on a bunch of lawyers so they can wrangle at great length over the precise legal definition of “ethical” and “public interest”.

I don’t believe journalists are any more or less ethical than the rest of society. Nor are they any more honest – in fact two senior journalists at the conference made entirely opposite claims about Leveson, one saying the report brought in state regulation of the press, another saying the report was antithetical to state regulation. They can’t both be right. One claim is true, the other must be false (whether you’d call it untrue or a lie depends on how you care to interpret the intention of the falsehood).

The journalist who interviewed me wasn’t ethically defective. He didn’t mean to deceive. And I’m sure he was perfectly confident that his story was in the public interest. I don’t think anything Leveson is recommending would have made his story truer though. In a world where people lie, spin and misinform, and regularly get away with it I don’t think it’s in my interests as a citizen to have a weaker press. Surely what we need is more robust, free and open journalism if we want to have any chance of airing the truth?