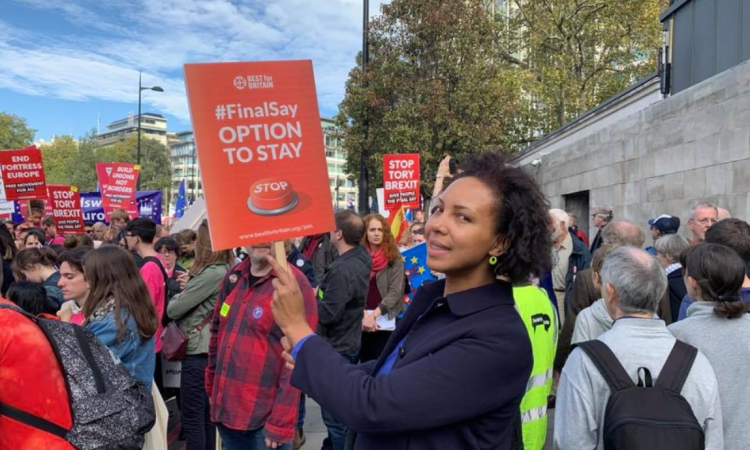 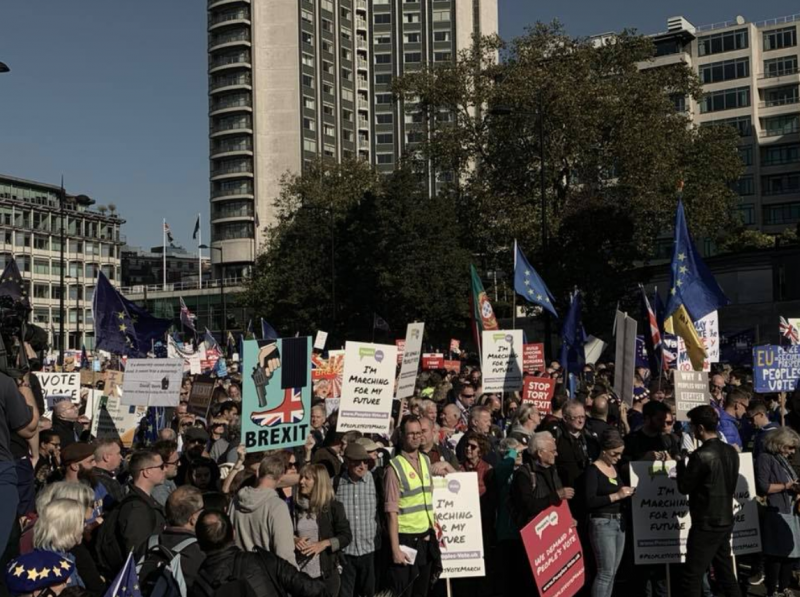 Gone were the cat calls, gone were the cries of derision, gone were the calls to “shut up and put up with it!”, that you could hear on previous marches. Yesterday, in London, was an anti-Brexit demonstration with a difference. You could sense it right from the start.

At Leeds train station, at 6.45 to catch the 7am train, a family of four with a young child waving a European flag rushed happily along the pavement through the main entrance. The parents shouted, “See you there!” with a frenetic voice to a man entering the station, their little daughter full of an energy you will usually see only on a special day. 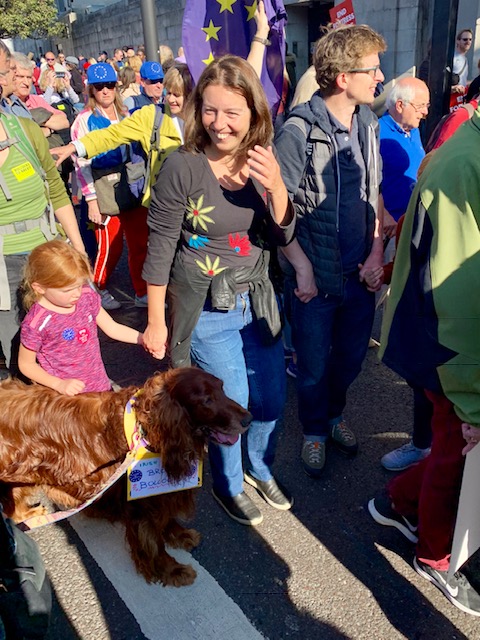 The people sat opposite me on the train were also going to the March. The coincidence led to the sort of spontaneous conversation you have when a big event is happening. 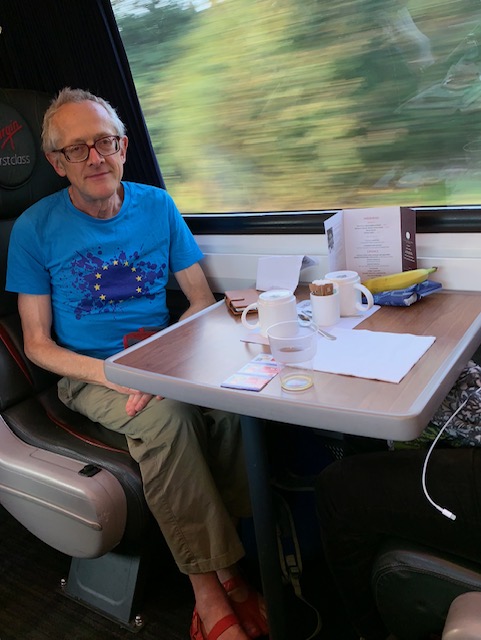 “This is not just about changing Europe but changing the world” said Paul, 63. He’d come from Halifax with the determination to be there and stop “the politicians of this country playing with words”. He asked: “Have you noticed how they use the word Betrayal? If you voted remain then this is a betrayal. They need to stop making the remainers feel guilty”. Paul came with a friend, Joe, 60, from Huddersfield, who voted leave but now realises what a horrendous mistake it was. 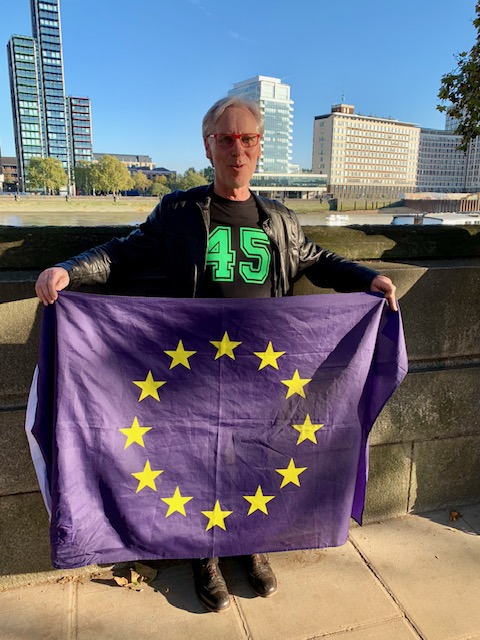 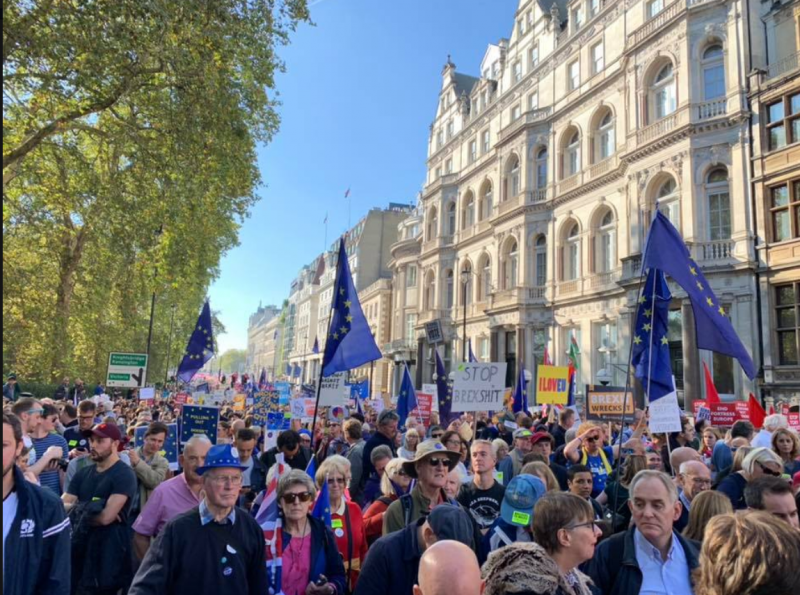 We get to King’s Cross at 9am. Sitting down to a full English breakfast in a pub next to the station, I watch a large group coming in all dressed in the European colours. There’s a real sense in the air that everyone was gathering to the same place, with a common purpose, common identity, unity, fraternity, solidarity. 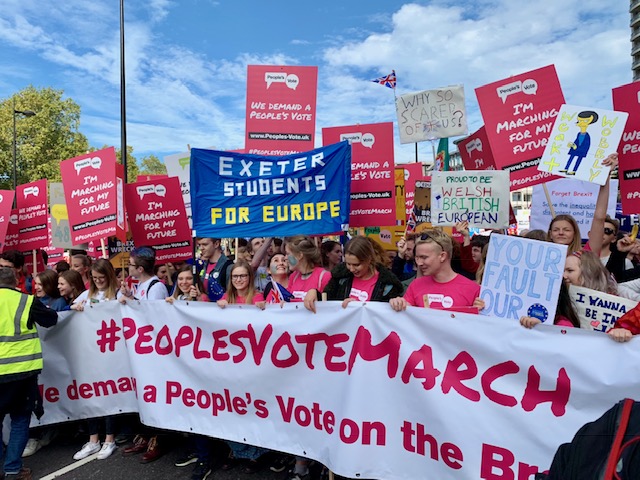 The meeting point was Hyde Park Corner to start walking to Trafalgar Square at noon. There were already thousands of people milling around. It quickly became tens of thousands. As the march advanced other demonstrators joined in to swell the ranks.

There was a sense of serenity and joy to be together, and also an almost total absence of extremism so often present on events of this scale. 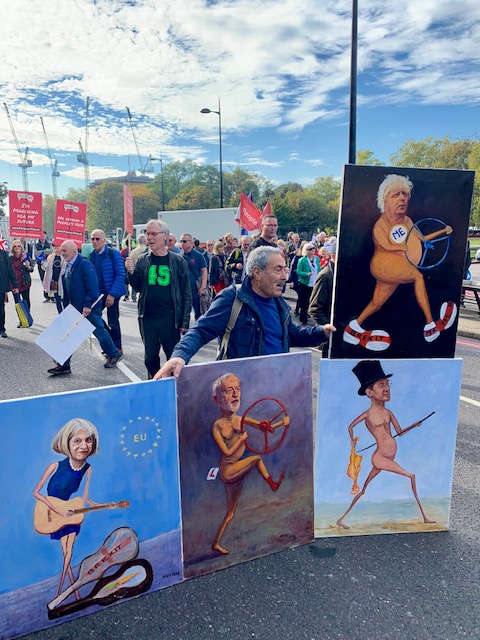 From time to time a cry went up from the march and people blew on their whistles and raised their placards, children waved flags and dogs barked. 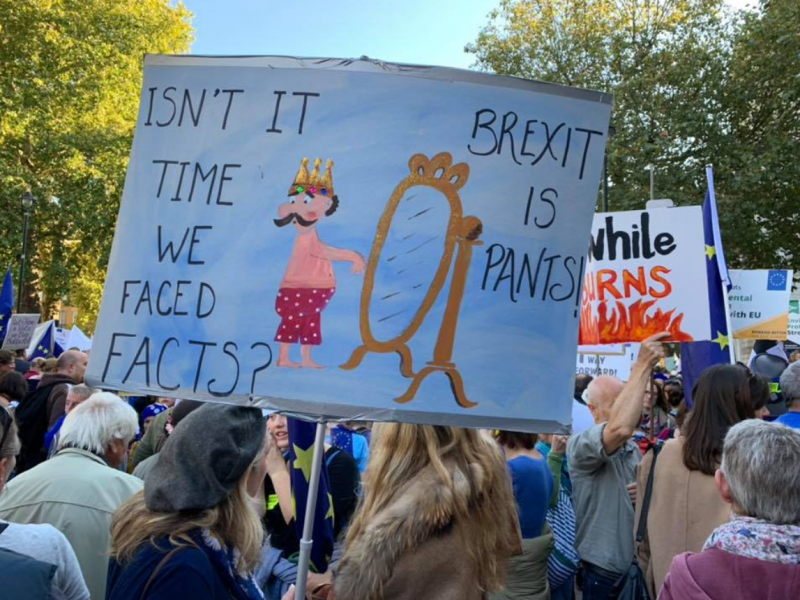 Apart from the ready printed placards, there were many home-made originals… “Pants to Brexit”, “DIS-MAY”, “BUCK FREXIT”.

Despite this diversity there was a common slogan throughout accompanying the rumbling drums. “What do you want? answer: A People’s vote!!!; When do we want it? Now!!!”. This reached a crescendo outside Downing Street.

The numbers of demonstrators reached 700 000 it was announced on arrival in Parliament Square. The speeches were already coming to an end but after we had all shouted together peoples vote! the organisers announced that the tail of the demonstration had still not left Hyde Park Corner!!! 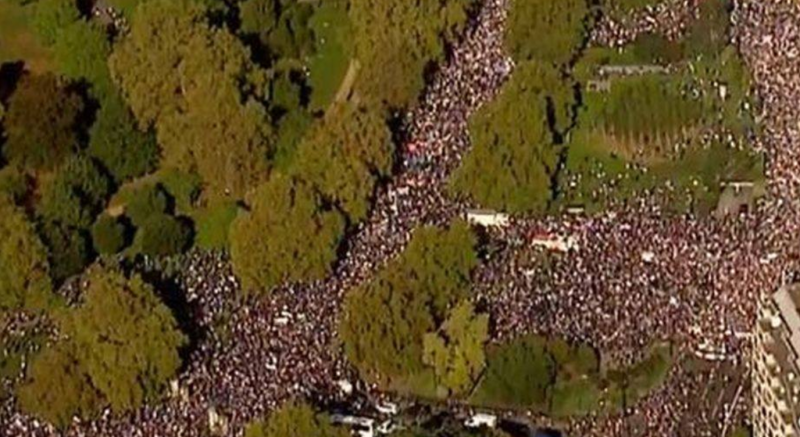 This demonstration could be a turning point in the Brexit process.