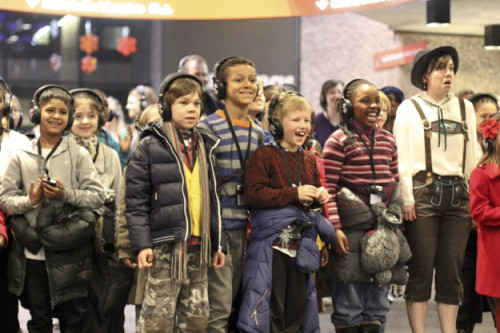 I have never been able to put my finger on why I resent this new focus on philanthropy so much. I’ve made jokes and raged about it in the past. I thought, though never quite admitted that maybe it was because I was scared of how that world view left a company like Slung Low or our colleagues working on the edges of things: you could sponsor a rat at the Holbeck Underground Ballroom I suppose but we don’t know any really rich people. In honesty I thought I was worried we’d get left behind. Which I didn’t particularly like as self-preservation is the worst of arguments when it comes to the future of the not for profit arts.

And then after reading this blog about patrons from Lyn Gardner I was talking to a journalist from a local Holbeck newsletter and the two together made me realise what it was exactly about the recent zeal for philanthropy that I mistrust. It isn’t fear (although fear of irrelevancy is a natural response I think).

Slung Low (as are lots of our peers) are attempting to find new ways of the arts being, new ways of creating arts, new ways of attracting and engaging with an audience. A new way of being relevant in what we do and how we do it.

And lots of these attempts involve (hold your nose now because here comes the cold water) trying to imagine different ways of engaging with money. If not alternatives to capitalism then enough room to allow for the POSSIBILITY of variations from the current form of capitalism that masquerades in public light as free market trading. And so much of the language of philanthropy (and corporate sponsorship) is borrowed from the ideological phrase book of the treasury- wealth creators trickling down benefit and investment to those below. It sets those that are wealthy at the top of the food chain. Whilst by definition they have more money than everyone else I refuse to believe that the wealthy have a surfeit of charity, of common feeling, of social responsibility. You listen to Michael Kaiser talk about how carefully you must treat your patrons. Our public funded bodies spending all that attention, time and focus on the wealthy must surely be elitist, no?

The last 6 decades in the UK have seen the public purse, not the private patron, as prime supporter of artistic endeavour and I think that is entirely a good thing, for everyone, but particularly for those that will, like most of us, spend all of their lives not being very wealthy. Imagine the alternative. 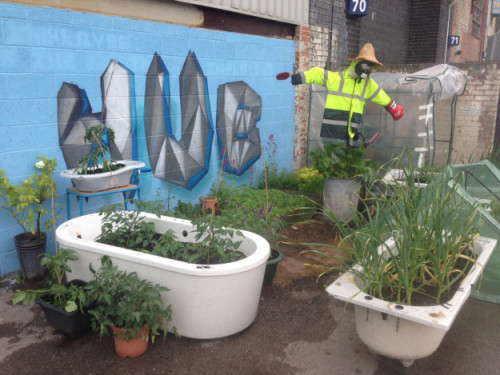 But I was wrong. Or rather I was staring at the wrong end of the telescope. I’m staring at the Hyundai deal for the Tate and wondering where that leaves Slung Low. Like a chump. I don’t stare at Matilda the Musical and wonder how on earth we’re going to get the rights to James and the Giant Peach. I feel no pressure to emulate the bigger organisations artistically (as much as I think if I could get the right hot air balloon Slung Low’s production of James and the Giant Peach would be killer).

I don’t think our work is a scaled down version of a larger organisation so why would I think of our philanthropy in that way.
Staring at the wrong end of the telescope.

By happy coincidence the voice of Pete Seeger has just drifted out of the radio “Participation: that’s what is going to save the human race.” Quite Pete, quite.

We have been lucky enough, first a wonderful woman called Linda then later by a most excellent chap called David to have individuals approach Slung Low and give us substantial amounts of cash to support our work. And their enthusiasm and personal generosity had a profound effect on how we saw ourselves. We were given not just money, but important self-belief by their support.

But it is a course of action that is beyond a large section of people who want to support us. In reality an extra £5 is beyond many of the people who are otherwise incredibly supportive of what Slung Low does. And what I don’t like about this new emphasis on philanthropy is that those people’s enthusiasm, those people’s support is somehow lessened- or this new world view doesn’t appreciate that those who support Slung Low but don’t have the money to do so philanthropically are as important to us as Hyundai is to the Tate.

And then I remembered the film 7 Brides for 7 Brothers. It’s a musical. In it a community has a barn day. A moment when everyone comes together and builds a barn. Everyone brings what they can, does what they can; some make hot drinks for the tired, some lift wood, some hammer nails, some sew curtains. It’s a team effort. Everyone is included. You don’t have to be rich or strong in order to contribute.

After not knowing what to do for some time with the very generous offers of (non-financial) support from people we’ve realised what we should do: we’re going to have a barn day at the HUB.

We’re asking people who want to support us to come down and spend a day renovating the HUB. The HUB took an absolute battering over the winter and it is in real need of repair. But there is so much to do, far beyond what the 3 of us can manage. So we are hoping that all that can will come down to lend a hand at our barn day. We’re going to paint the walls, fill the skip, recurtain the ceilings, chop up all the wood for the burners: a barn day.

The company now operates a company wage. £475 a week. Which is £95 a day. So if you come down and spend Sunday 23rd March with us you will in fact be donating £95 to us. Because this is work that has to all be done and without your contribution we would have to pay those who do it (even if it was ourselves) £95 a day. Because we have a company wage.

So for each of you that comes and help basically donates £95.

I said a few months ago that Slung Low have realised that we are a community theatre company and that must impact on how we do every single thing. It’s taking me some time to realise the full effect of that sentence but this Barn Day is us wondering how a community theatre company working today and in South Leeds can attempt to increase it’s philanthropic activity. There will be other ways (keep an eye out for news of a fund raising ceilidh!), this is the first.

We will serve everyone a Breakfast Bap by way of nourishment at lunchtime. Please wear clothing suitable for outdoor grubby work. You do not have to be strong or DIY minded to be involved.

All sizes, ages, strengths and mobility issues will be catered for. You just need to be willing.

As Pete Seeger said, Participation: that’s what is going to save the human race.

It would be brilliant if you could let us know you are coming. By dropping an email to joanna@slunglow.org telling us how many are coming down, if any are vegetarian or vegan and if you have any specific DIY skills we can plan to use.