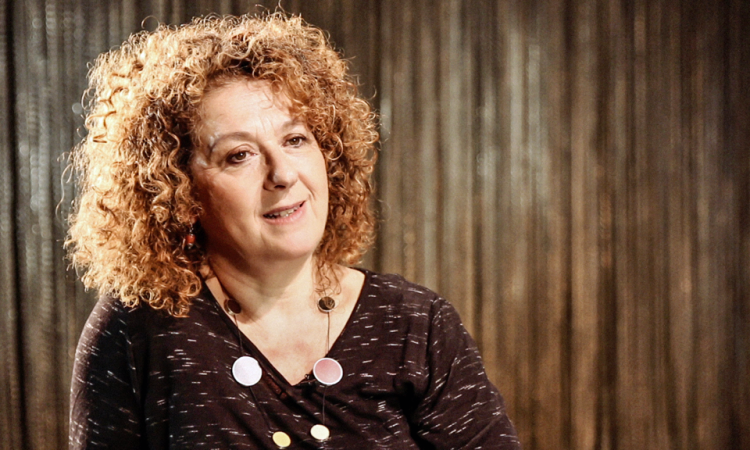 Anybody who has attended one of Joe Williams’ Black History Walks (next one 4th of May) can tell you that nineteenth century accounts of Egyptian and Ethiopian histories often occlude the inconvenient truth that far more advanced civilisations existed there prior to the Greeks or Romans turning up.

What then should we make of Aida? Set in some elusively indeterminate Old Kingdom of Egypt, Giuseppe Verdi’s opera was commissioned by and premiered at Cairo’s Khedivial Opera House in 1871. Needless to say, its libretto takes one or two liberties with historical facts, but then Italian opera has never been one for letting the truth get in the way of a good story.

Aida is the latest in Opera North’s large scale works concert series at Leeds Town Hall. The new production reunites the team behind Puccini’s Turandot in 2017, acclaimed by The Guardian’s Alfred Hickling as ‘stylised, but effective.’

“When you get rid of the proscenium arch you feel very close to the singers,” says Aida’s director Annabel Arden who, alongside designer Joanna Parker and conductor Sir Richard Armstrong, was part of that original team. “They are in the same space as the audience, yet it’s not a concert. They (inhabit) their roles fully. There might be quite physical staging, full costume, and certainly psychological and emotional depth.”

Originally a solution to the temporary unavailability of the company’s Leeds Grand Theatre which was being redeveloped at the time, the concert hall series has become a progressive part of Opera North’s regular programming.

Performances frequently combine elements of experimental theatre with digital projection, light mapping and a more fluid use of space, says Arden. “The orchestra becomes the landscape of the piece. To have them centre stage is truly thrilling. There’s dramatic lighting, video projections, and the intense presence of the fabulous Chorus of Opera North.”

The director finds the absence of a set liberating. “I can concentrate on character and the essential elements of the drama. In a sense it feels Shakespearean. He didn’t have ‘sets’ at The Globe, and in the Prologue of Henry V wrote, ‘Think when we talk of horses, that you see them.’”

Ah yes, Shakespeare. He dabbled a bit in historical branding too, recasting the real Macbeth as a treasonous sociopath and witch’s stooge. But then The Scottish Play was always about the here and now (even then). It’s something Arden intends for her production of Aida.

“I’m interpreting Aida as happening in a contemporary world where war is everywhere.  Aida’s emotional landscape is also a very interior one; she is very close to death and experiences exile and loss most intensely. We only have to turn on the TV – or look around us – to see many situations today which could be Aida’s. Jealousy, ambition, patriotism and family conflict are eternal human experiences, and the focus in our production will be on the characters’ relationships with each other.”

Perhaps the best way to approach Aida then is not through its spurious historical untruths, but through the music. This is Verdi afterall. “Most people will know Aida’s big triumphal march,” says Arden, “but I love the delicate music, of which there is a surprising amount. (In) the final duet you can hear the singers literally run out of air in the tomb. (It’s) extraordinary. There’s such a range of sounds and dynamics in this opera.”

Opera North’s production of Verdi’s Aida is at Leeds Town Hall on 1st May. It is touring to Nottingham, Gateshead, Edinburgh, Liverpool, Manchester, Hull and Birmingham. To find out more, click here.