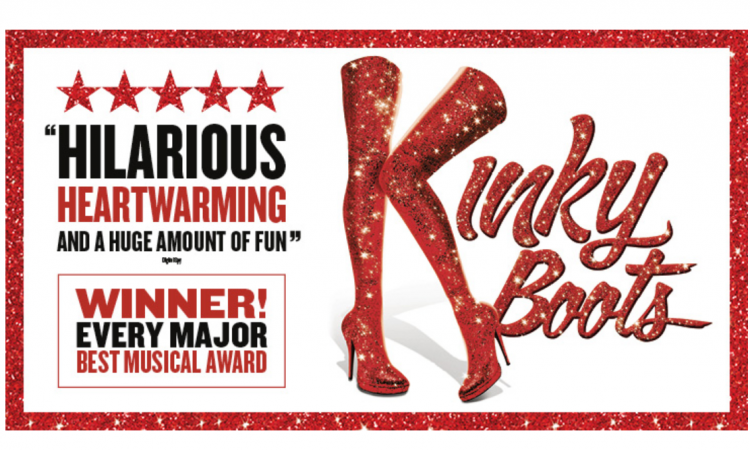 Charlie Price, a bit of a Hush Puppy as a character, is moving south with his straight-laced girlfriend Nicola, when their plans get tripped up by the inconvenient fact that Charlie’s father, “Mr Price”, has just kicked the bucket. Charlie inherits the family business, a shoe factory, becoming the next “Mr Price”. He has big shoes to fill.

But the market for footwear is flat. The business is being Bata’d by foreign competition. All is not welt.

Factory worker Lauren has taken a shine to Charlie too but lacks the polish of the more laced up Nicola. Nicola wants Charlie to buckle down, toe the line and step up, sell the factory and sell out the workers.

But Charlie doesn’t want to hang up his boots just yet.

And he meets Lola, a drag queen, who pumps up the energy to disco levels.

They come up with a plan for bootstrapping a footwear start up.

Both Charlie and Lola have fathers who don’t understand that, as Publilius Syrus once said, You cannot put the same shoe on every foot.

Don, one of the factory workers (third generation) is a bit of a heel. Though eventually he proves to have a soul, rescuing the factory after he should have got a good hiding from Lola in the boxing ring.

Lola and Charlie sing a song about dads, proving that you have to walk a mile in another man’s moccasins before you can judge him.

Kinky Boots takes a while to get into its stride. For the first ten minutes or so it’s in slippers, bimbling around, doing a soft shoe shuffle. Then Lola happens… and I think the expression Oh My Fucking God is entirely appropriate in the context.

Like being whacked around the head with a Manolo Blahnik boot.

Like getting slapped on the arse by a Jimmy Choo.

Amazing does not quite comprehend it.

And then there’s The Angels

Seriously, you have to go see this. Joyous, funny, beautiful, clever, sexy, thrilling, gorgeous… and some nice footwear too.

And I think I have a bit of a crush on Lola (sorry Kayi, you were so brilliant…)