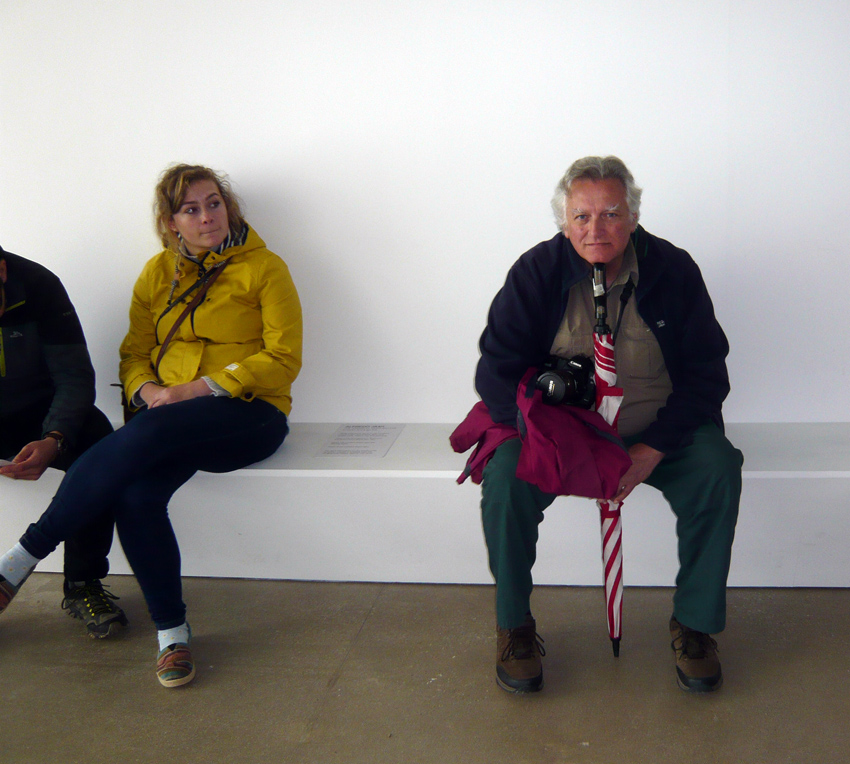 ‘Kevin Carter is a predator.’

So states a critic in a review of the Pulitzer Prize winning photograph taken by Kevin Carter. The photograph in question became world famous as the image that represented the Sudanese famine of 1993. It shows a young child in the foreground crouched in exhaustion while in the background stands a vulture waiting for its chance of a meal.

The life story of Kevin Carter is told in an eight-minute film shown in a darkened room in the underground gallery at the YSP. It is one piece from the solo exhibition by Jaar but it encapsulates everything that is wrong with the contemporary art scene today.

Firstly, the exhibition concerns itself with photography, which, to many people, has a dubious status as an art form.

Secondly, the photography in question with this piece is photojournalism, which has a definite purpose – to report news. If the definition of art is to have no purpose then the premise for this exhibition turns to quicksand.

But it gets worse.

The ‘art film’ the viewer contemplates in the darkened room is a typical documentary by any other name. The absence of a narrator and the use of short sentences using only lower case in a distressed typewriter font instead isn’t fooling anyone. The flash of light before the photographic image is revealed is a device that a mediocre student at film school might come up with for their first idea.

The intention of the piece appears to be a criticism of the critics who condemned Kevin Carter for heartlessly framing the shot and for waiting twenty minutes in the hope that the vulture would unfold its wings and give a more pleasing composition to the image. In the meantime, the child was suffering. What is supposed to be the moral position of the photographer in this instance – to save the child and make himself feel good or to miss the shot that could generate income for himself as well as alerting the world to a tragedy that needs the attention of governments around the world to solve?

Presumably, the critics of Kevin Carter were sat in comfy chairs in secure offices when they typed their righteous condemnations.

But this is where it completely falls apart for Jaar; he has acted like a vulture himself feeding on the life story of Kevin Carter. Jaar’s ‘art’ is non-existent. He has used someone else’s story and even their image to ‘create’ a work of his own. All the power of the work is derived from someone else.

So I am now the critic typing in my secure office in the Western world condemning Jaar for being a predator on the lives of unfortunate people. Is my article art? I don’t think so. Maybe if I had flashing lights somewhere or used an arty font, I could fool some people into thinking it is.

Interestingly, near the exit of the underground gallery, there was a pile of large prints that visitors could take. On it, in a sans serif font, was the words “You don’t take a photograph, you make it.”

As we left the gallery my friend (a photographer) commented to me, “that’s a quote from Ansel Adams.

“But it’s not attributed to anyone on this printed sheet,” I replied, “so most people will assume it’s a quote by Jaar.”

Either Jaar is being incredibly clever with his self-referencing irony about copyright issues in this exhibition or he hasn’t a clue about art.