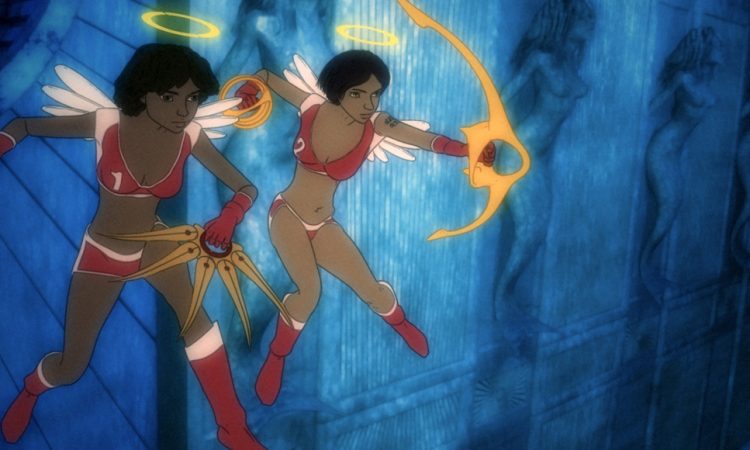 Film maker Alain Bidard is from the Caribbean island of Martinique.  His first feature film Battledream Chronicle took him seven years to make. Since its Caribbean premiere in 2015, the film has been shown at festivals all over the world, picking up several Best Film awards in the process including a special mention at the Pan African Film Festival in Cannes.

Alain wrote, produced and directed the film, as well as composing the music. At the film’s premiere in Trinidad, Alain met Leeds-based Christella Litras, a musician, composer and performer.

Among four Northern-based artists from Black, Asian, and minority ethnic backgrounds, Christella was offered a week-long residency at Opera North to develop an original performance idea. The residency has enabled her to bring Alain to Leeds from Martinique to work on an exciting new composition and to screen and discuss his film at the Hyde Park Picture House.

“I am delighted to bring together the influences of new and established creative partners in a fusion of film and live music,” Christella says.

In Battledream Chronicle the world has become so polluted that people can no longer go outside. Instead they live virtually in an online dimension. Battledream is a video game in which nations fight for supremacy, and where talented gamers become national heroes in online gladiatorial death-matches.

However, there’s a catch: if you die within Battledream, you also die in real life.

Battledream Chronicle is a thrilling animation that draws from the histories of colonialism and enslavement in the Caribbean. Alain’s work places black women centre stage in the struggle against the legacies of corrupt and oppressive colonial and neo-colonial power.

Alain creates a whole world of characters, his heroes Syanna and Alytha calling on powers from Creole mythology to help them gain special skill that they need in their quest to win at Battledream.

Dr Emily Zobel Marshall, a specialist in Caribbean culture, will join in the discussion to help deconstruct the film’s key themes and explore its many historical and political subtexts.

This is a timely event. Battledream Chronicle is being screened as films such as Black Panther merge sci-fi with the African diasporic experience.