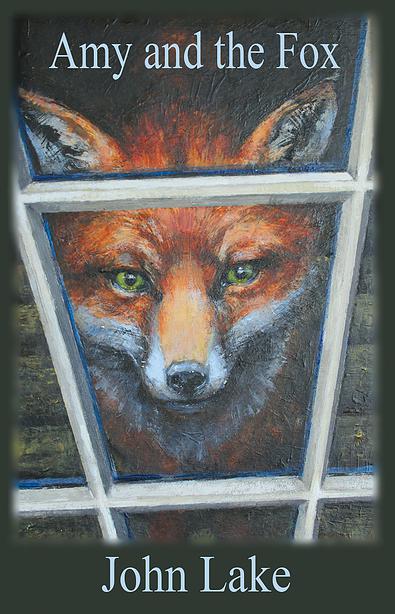 I am currently lolling on the sofa surrounded by twinkling fairy lights, paper chains and an overriding scent of pine. Three Christmases ago, in a not dissimilar environment, I unwrapped a gift from my husband containing two books; Hot Knife and Blowback written by local author John Lake and published by the ever awesome Armley Press.
For the next couple of days my Hypnobirthing book was thoroughly ignored as I gobbled up John’s thrilling Leeds Noir tales and I have been most frustrated by the contrast of my present day Christmas getting in the way of reading his latest book, Amy and The Fox. I love you son but MUMMY HAS READING TO DO!

Familiar as I was with his seductively raw, no holds barred prose, this latest offering felt rather different. Still a wonderfully unnerving contrast between elegant observations and realistic dialogue, still written to thrill but the pace was less frenetic, a sombre story of a grieving woman, a little detached from reality, disarmingly lush with poignant moments such as this;

“She revolves slowly, trying to take it all in – the fading light, the whisper of city noise, the warmth of the day leaking, bleeding away. The sun is out of sight, gone behind the rooftops and dipped below the horizon by now. The sky is a velvety blue, deepening towards the East. The first star catches the corner of her eye with an elusive twinkle. When she looks at it, it’s gone, then a few seconds later she pins it.”

before that spark of adventure crackles again. I was gripped and upon reaching the two hundred and eighth page, felt like turning back to the first again – and would have had I not got Nathan O’Hagan’s The World is [Not] a Cold Dead Place to tackle!

It’s a fantastic story, gorgeously written and as it’s December, do buy yourself or someone you love a present. Books make far better gifts than three for two deals at Boots…

John will be reading from Amy and The Fox at his book launch at The Leeds Big Bookend tonight, 7pm at The Hyde Park Book Club. If you don’t want to go can you come and babysit for me so that I can!?