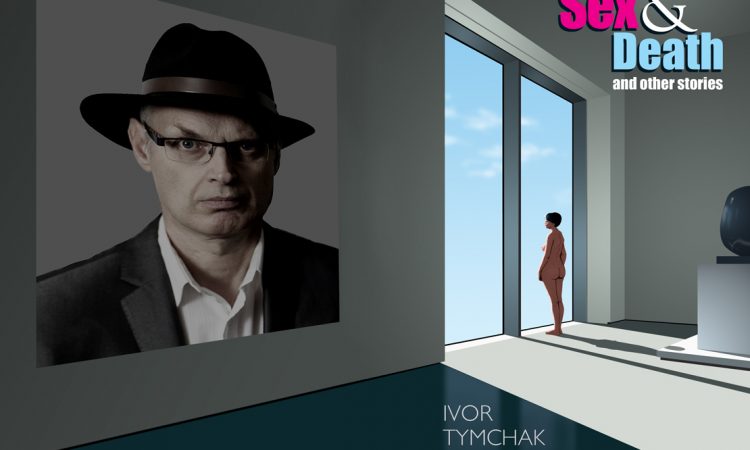 Sex & Death and Other Stories by IVOR TYMCHAK, reviewed by MICHAEL YATES

In the 24 stories gathered here, Mr T demonstrates not only his knowledge of technology but also of the manifold ways it teases, terrifies and changes human beings. And, just to show he’s not a one-trick pony, he also demonstrates his perceptions about art, religion, self-delusion and – yes! – the attitudes to sex and death that provide the book’s title. And all with an easy grace and biting sense of humour.

In Lazarus Corps, we experience the triumphs of a promotion company who use holograms of dead celebrities (such as Jim Morrison of The Doors) to compere the concerts of their most famous pop bands. In Survival Score, we see how a robotic brain, driven by an elusive algorithm, decides in a most inhuman way who will live and who will die in a car crash.  In The Gospel According to Alex, we encounter a group of nerds who decide to form their own church – the Church of Data – with the cry “We have Data on our side!”

The author’s sympathies, however, are not only with the techies but with people like the Renaissance painter and humanist Marco who adds the face of a beggar girl to his mural of angels, thus ensuring the Pope will rescue her from poverty, in A Miracle in Raggio. Also with the recipients of a great artist’s tattoos who, after his death, are shocked to realise they have become valuable artworks instead of people, in Skin in the Game. And there’s a touch of relish in the conman in Marbles who sells a nose he apparently rescued from a vandalised Pieta of Michelangelo; but we know he will have a lot more of those in his desk drawer.

The book ends with The Delivery in which narrator Lucien is involved in the arrival of a coffin intended for the body of his mother-in-law. The lady is not getting a funeral because nobody will turn up – her children hate her and she has no friends. The arrival bears the label Cardboard Coffin, Small, Rope Handles, Brown, Economy. What kind of person could merit such a fate? Well, we’ve been told she wrote fiction. Lucien imagines an additional legend: Dead Person, Small, No Friends, Wrote Stories.

I also write stories and I know what Mr T is thinking. It’s no life for anyone with feelings –  except a strong feeling for a good tale.