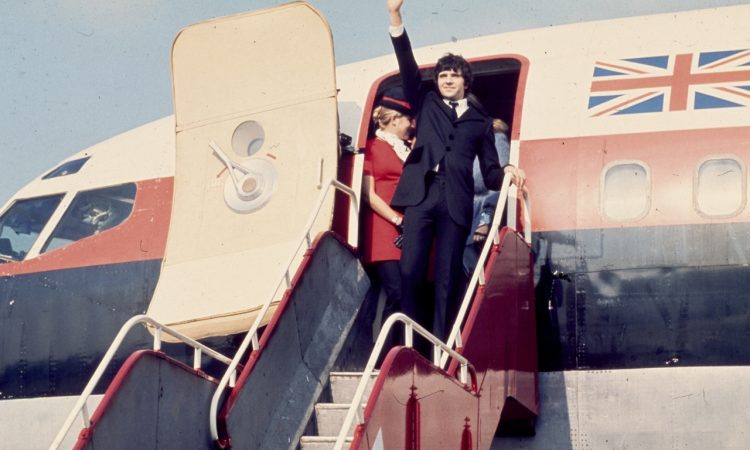 Cult rock n roll movies THAT’LL BE THE DAY and STARDUST get the blu-ray treatment by StudioCanal. Both discs come with a host of extras. Review: NEIL MUDD

There is a touch of faded glamour about That’ll Be The Day, Claude Whatham‘s uneven drama of youthful rebellion on the Isle of Wight. Written by journalist Ray Connolly and released in 1973, it features a young – though not quite young enough – David Essex in the role of Jim McLaine who ditches school and university for a life on the road, riding the waltzers and chasing girls in late fifties Britain.

Along the way he encounters Ringo Starr’s Mike who schools him in the art of getting his end away, only for the master to be surpassed by the pupil: “I thought I was a bastard,” Mike says after one particularly unpleasant seduction involving a schoolgirl, “but you’re something else!” Keith Moon has a cameo as an unhinged drummer (natch) and Billy Fury gives a surprisingly nuanced performance as King Rocker, Stormy Tempest.

Anachronisms are inevitable given the film’s low budget and a rocket fuelled rendition of The Who’s decidedly seventies Long Live Rock during the camp’s jive competition is one of the movie’s clunkier moments: the setting may be Britain in the late fifties, but the haircuts are more Spiders from Mars than Crickets from Lubbock, Texas. Despite this, director Whatham does a good job of recreating the quiet desperation of post-war Britain in which it seems it was forever raining. Jim’s odyssey of down at heel seaside towns, holiday camps and fun-fairs is one cheap promise after another punctuated by the threat of violence. All of this probably struck a chord with audiences used to the ‘three day week and general miserablism’ of 1973, suggests musician and writer Bob Stanley interviewed for one of the disc’s extras.

Essex (freshly sprung from Godspell) is terrific as the selfish home counties Lothario, and Rosemary Leach brings genuine pathos and steely sadness to her role as his long suffering mother. The rest of the cast is well-chosen too (Robert Lindsay, Rosamund Ayres), though the film suffers from being rather more televisual than cinematic in execution which producer David Puttnam ascribes to Whatham’s age and class upbringing, saying he was a Frank Sinatra director in charge of an Elvis Presley movie! (Puttnam also reveals that several scenes were the work of Alan Parker when Whatham fell ill).

This new blu-ray edition captures all the drizzle soaked conformity of Britain before it became Fab. The neon drenched fair sequences polish up nicely though and the extras (as well as David Puttnam and Bob Stanley, there is a terrific interview with Ray Connelly who reveals the Isle of Wight was chosen as a location because while it was 1972 in the rest of the country, there it was still 1952) help raise the bar for this release. That’ll Be The Day is a surprisingly bleak pop movie. Perfect for these broken times.

Stardust, the 1974 follow-up, looks great in its newly restored state, but is the less satisfying film of the two. Charting Jim McLaine’s rise to fame and stardom it is more ambitious in scope than its predecessor. Director Michael Apted (who turned down the chance to direct That’ll Be the Day) shoots with raw documentary energy, particularly during the film’s concert scenes, but struggles to convey any genuine intimacy. Essex is again terrific, but even he seems unable to find anything to root for in his character. Adam Faith is great (replacing Ringo Starr) as Mike. The scene where Jim tracks him down to the fair is bittersweet and beautifully done: “I fell out with bad company,” Mike says when asked the reason for his limp (reminding the audience that it was Jim who abandoned him to a pasting in the previous film). If you’re a fan of Keith Moon there are some great Moon the Loon stories amongst the extras, otherwise stick with the first film.

That’ll Be The Day and Stardust are released on blu-ray for the first time, DVD & download, on Monday October 21st, complete with brand new extras.

Review of The L-Shaped Room.