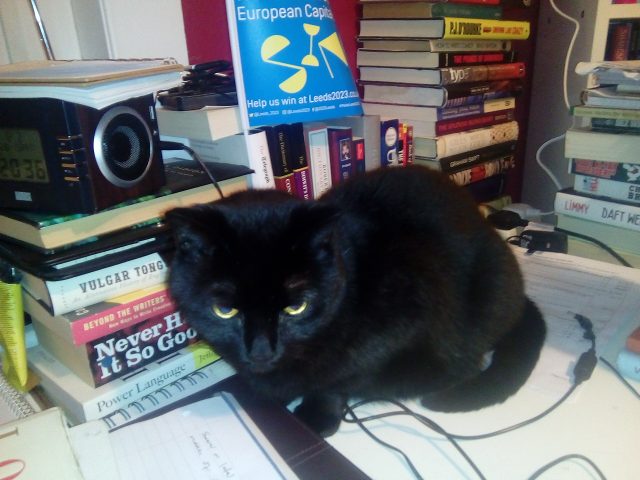 Yes, Squeak. Did you miss me?

Supper’s late… Where were you?

I went to an event in London. We Are Better With Pets, about…

Pets! That’s a four letter word. I am not your pet, Philip.

If I had a choice, probably the latter. You don’t own a cat. We share the same space with you humans and manage to muck along, most of the time… cat compadre?

But, Squeak, you are the least companionable animal I have ever known. If there’s a new guest in the house you need heavy sedation. You don’t really like people, do you?

I accepted you, didn’t I? What more do you want?

So, this event then. Better With…

Pets, yes. Interesting. All about the the future of the bond humans have with animals in a world that’s becoming ever more complex, digitised, and disconnected.

And… what’s that got to do with me?

Oh? I hear they are taking your jobs? Wouldn’t be hard in your case, Philip.

… Robots are looking after our pets too. Sorry, “companion animals.”

That’s a dog, Philip. And you know my feelings about dogs. Dim. Undignified. I watch them all the time letting themselves be dragged around on a lead, yapping, chasing sticks, throwing themselves at cars. Disgraceful… I have a dim view of dogs.

Perhaps, but look at what’s happening. The dog doesn’t need a human anymore. He can get food and attention whenever he wants – and there’s no reason the owner’s voice can’t be simulated. It’s all the same for a dog.

I’m beginning to see advantages in robots… You mean I could just miaow at a machine and have an endless supply of Dreamies? I wouldn’t need to bother pestering you for supper? This is my idea of heaven… where do I sign up?

It is very efficient, isn’t it?

It’s brilliant. As long as the human remembers to load the treats.

That wouldn’t be difficult to automate. Just calculate how much food a cat needs to keep it fit and healthy, make sure the cat didn’t over-indulge. A simple algorithm.

Philip, this is really exciting. Sorry, and all that, but this is just what cats have been looking for. We’ve only ever needed you humans to fetch and carry – and change the litter tray – and this technological fix seems far more reliable. 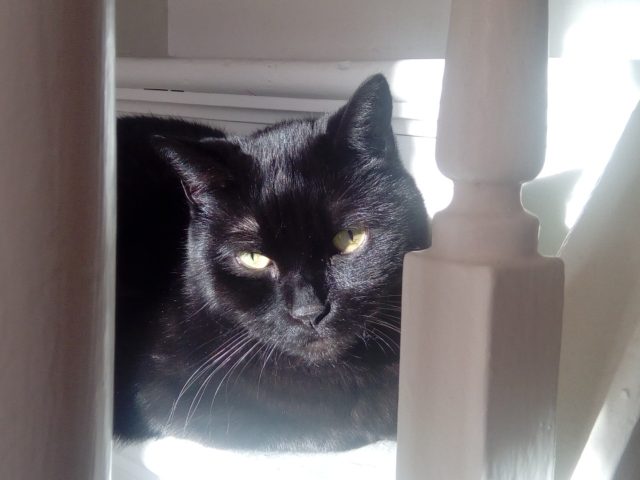 But think about it, Squeak. Think about the potential consequences for kitty kind. The implications for pets in general. What will happen when…

Sorry to cut you off when you are on a roll, Phil, but I’m a feline; I’m not a futurist. Explain.

Whoa… I’m not sure I like the sound of this. I’m not expendable!

What do you think people want from their pet? Companionship, amusement, loyalty? Something to care for and hope it’ll care for you in return? And, with a dog, exercise too.

Exercise is overrated, Philip. You like to sit and stare out of the window as much as any cat. Can’t imagine you getting up at six on a rainy February morning to toilet a toy poodle.

Maybe, maybe not. But all those things we think we get from pets could easily be simulated.

You mean, as in not real?

That’s the thing though. Isn’t our interaction with our creaturely companions based on our very human susceptibility to being hoodwinked by cute and cuddly beasts who fake an interest in us?

Pets get amazingly good PR. For every dog that earns its keep guarding the house, sniffing out bombs, looking after the blind, or reducing blood pressure on a hospital ward there are thousands that are complete wastes of space. Or worse.

Well, now that I can agree with. Did you see that Staffy pass by the window this morning. Atrocious display.

And have you ever done a cost/benefit analysis on cat ownership?

Can’t say I have.

Not even a thank you. You said it yourself, a robot would serve cats better than a human.

Hmm, that was before I had time to think things through…

Then think about the economic cost of the time people spend scraping out the cat tray. And the tens of thousands of tons of non-recyclable litter that has to be bagged up, binned and dumped into landfill.

We have to go someplace?

And the carbon footprint. Just look at the ingredients that go into your dinner, Squeak. A scientist in America just calculated that cats and dogs consume 25% of all the calories derived from animals – and if the pooches and kitties formed their own nation it would rank fifth in global meat consumption… imagine that! 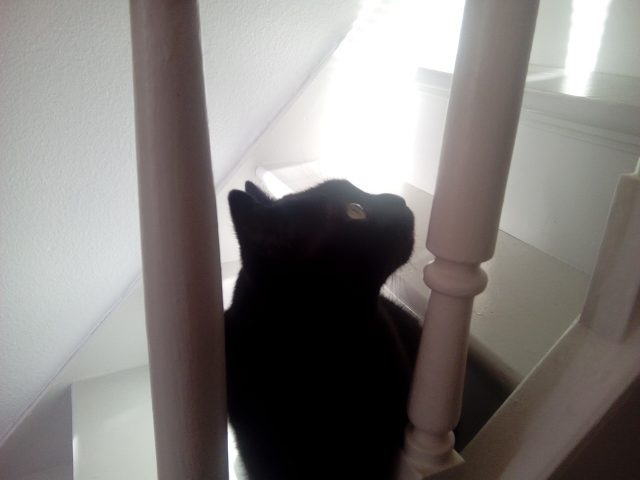 Pets produce nothing, Squeak. Contribute nothing to the GDP. Yet they consume vast resources… So let’s consider what would happen if technology simulated all the benefits of pets to humans and managed to substantially reduce the drawbacks. Why would rational humans choose the real deal over the sensible simulacrum?

Like I said, Philip, I’m a feline, not a philosopher… what chance is there for us? I’m feeling like a cat in hell…

Ah, well that’s where the event I went to might help, Squeaky.

Go on. I need cheering up.

Technology will take over some of the roles that pets once had. A bit like cars once replaced horses and tractors took over from oxen. But there are some things that technology can’t do.

You can’t automate empathy. There’s no code for compassion. And nobody has developed an algorithm for ethical behaviour. These are the things that mark us out from machines. As the guy who did the keynote speech put it, “Technology can improve our future if we maximise what can’t be automated – our humanity – through human connectivity. Our relationships with each other and the ability to form powerful emotional connections will be crucial to remind us what makes us different from machines. Pets can also help us to be more human too, this emotional bond reminds us to practice empathy and compassion.”

That’s beautiful Phil… so you think cats like me can’t be replaced by battery operated imposters?

I doubt it. You are a bit of a one off. I can’t see anyone algorithm scripting a Squeak. You are safe.

I could cry, Philip…

Fair enough… did I hear mention of a goody bag earlier?

Yes. But don’t tell your sister… 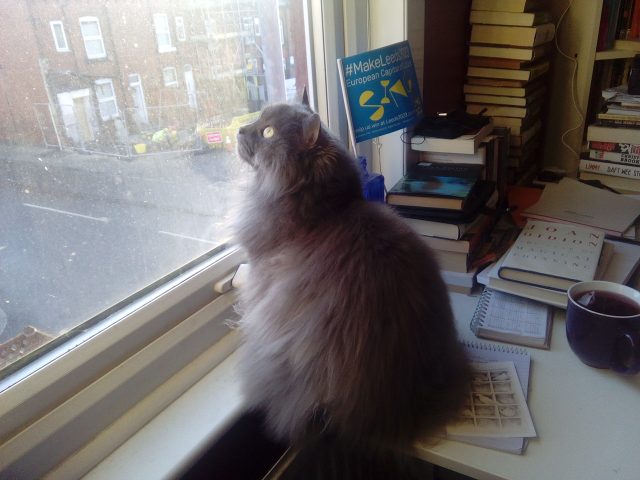