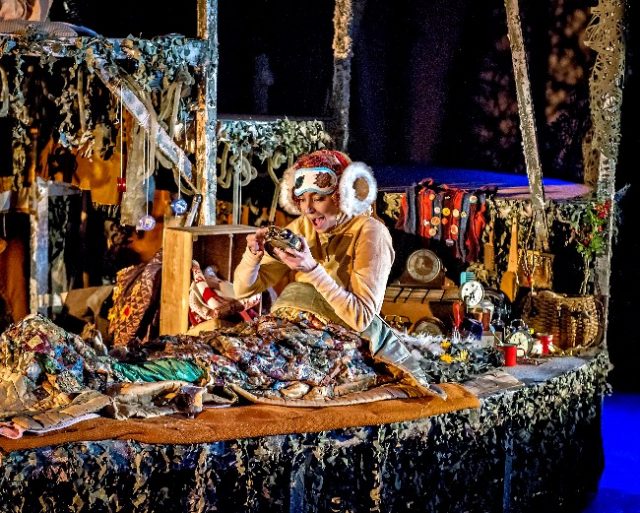 Activities for children at Christmas are tricky. Outside the odd day of snow, nature does not offer us much in the way of entertainment at this time of year. And so, we must turn in search of more orchestrated, man-made affairs. Fake snow, fake beards, real money, the palpable tension of togetherness and having a ‘good time’ by sheer force of will.

The theatre rarely springs to mind for most of us in this situation. Sure, we’d like to expose them to a little culture at an early age, but is it worth it? Will we find ourselves in an enclosed space with a child unable to focus on a character who isn’t made of a pixels, feeling that unique stomach ache that only comes with spending a lot of money on something and having it go wrong?

With this in mind, it’s only natural to be apprehensive. 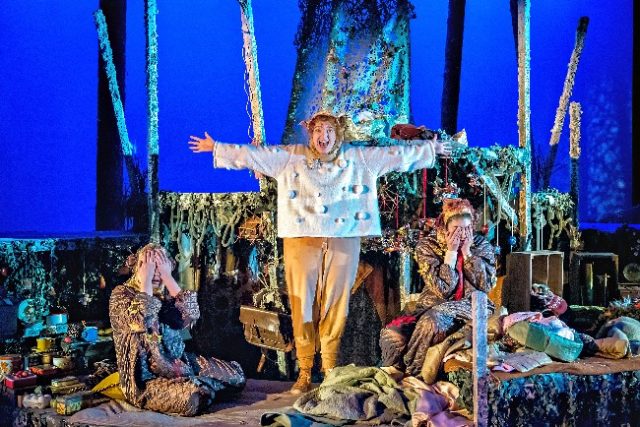 We meet Crumble (Emily Goldie) the bear (or possibly mouse, it isn’t clear) as she (or he, again it isn’t clear) prepares to hibernate. Crumble is told she does not know as much about the world as her friend Elderberry (Riana Duce), who describes the ‘icy fingers’ of winter waiting for those who do dare to leave their nests. Not as willing to accept the explanation as her nest-mate Boo (Lucy Bairstow), Crumble stays awake and sets off to find Christmas despite the danger. 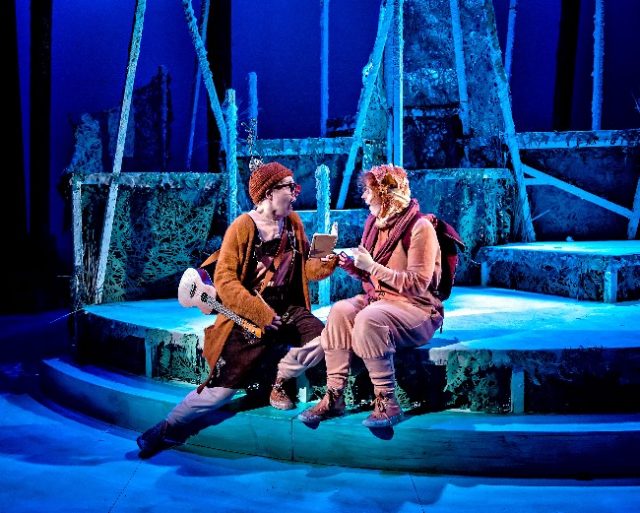 On her journey Crumble meets a squirrel, snowy owls and a reindeer. Each character is helped by Crumble, and in return they teach her a little bit about Christmas. She eventually meets winter herself, who turns out not to be so scary after all.

After a snowball fight, Crumble makes her way back to her home where Elderberry and Boo are waiting. She teaches them all the traditions she has learned, and finally has her own Christmas.

Every character we meet is played by the same three Northern actors. Their charm and comic timing shine through each one. Aimed at 2-6 year olds, it’s surprising how many genuinely funny moments there are for adults. If Bairstow hasn’t pursued comedy before, she should certainly be considering it now. The women carry the show faultlessly and with a great deal of heart. 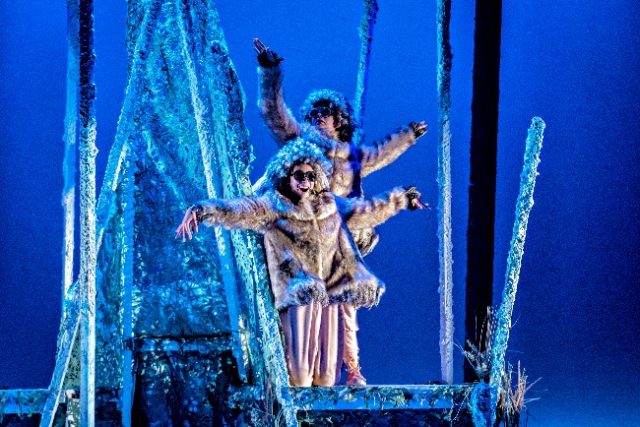 The fourth star is the set itself. The revolving stage takes you underground, out into the freezing forest with crumble and back again. The costumes are equally clever. Using fairly ordinary items and without hiding the actor’s faces they manage to clearly show each of the animals they represent, even to a small child.

With only a 50 minute running time, you’re in Crumble’s world just long enough for short attention spans. While the suggested age starts at two, a child of this age is unlikely to gain as much from the performance an older child as there is still a plotline to follow. Likewise, do not be put off if you have children over six, there is nothing juvenile about this production.

Full of wit and wonder, Crumble’s search for Christmas manages to avoid the saccharine sentiment of festive entertainment while delivering an uplifting message. It is worthy of your time, money, and that bit of faith needed to take children into a crowded theatre.

Crumble’s search for Christmas has performances six days a week at the Courtyard theater, from now until the end of December.