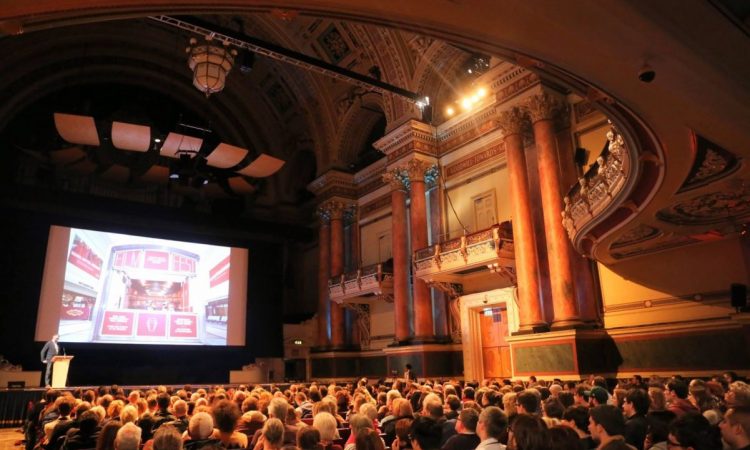 As Leeds looks forward to its annual International Film Festival, ANNA CALE shares the joy she finds in a city coming together to celebrate world cinema…

When I first moved back north a few years ago after a few years living in that London, one of the first things I did was to locate my nearest art house cinema. It just happened to be the Media Museum in Bradford, a familiar location from many a school trip in my youth.

Not long after I started going to the cinema there, they held their annual international film festival. Now sadly a thing of the past, it was always a well-respected and expertly programmed event.

Being young, free and single, I bedded down and attended a multitude of weird and wonderful screenings over the course of those few days. I’d experienced film festivals before, but this felt different. Small in terms of screening locations, but huge in the scope and ambition of its programming, it became more of a personal journey of film discovery and education.

The following year, after an inspirational chat with the head of film at the museum, I volunteered at the festival and basically moved in for a couple of weeks. I watched endless films, I ran around doing small, but important tasks, I found out about programming and about the technical challenges of showing multiple films with such intensity.

With my interest in film journalism, I grasped an opportunity and wrote for the film guide. I met fascinating people, including the late legend of cinematography Jack Cardiff [a pioneer of three strip Technicolor in the UK film industry, as well as DP on classic Powell & Pressburger films including Black Narcissus – Ed.].

I immersed myself fully in the experience and felt the benefit of it for ages afterwards. It opened my eyes to the complexities and excitement of programming as well as fuelling my love of film in all its forms. I was hooked.

A film festival is different from the normal everyday cinema experience. It feels more like a community, with an intensity and immediacy about it.

Most cities hold them to varying degrees. Some are small scale and specialise in animation or documentary, others are big, bold and bright. Those all-encompassing international festivals take on a life of their own.

Where else can you go from enjoying a diverse set of Eastern European shorts to an experimental zombie horror film, or glimpse a premiere of the next art house hit and a Q and A with the director?

I’m lucky to live in Leeds, which prides itself as a self-proclaimed ‘Film City’ and hosts several festivals, including its renowned annual international celebration each November.

You don’t have to throw yourself fully into a film festival to really feel the benefit of course. Peruse the programme and pick out a few interesting sounding screenings, something you wouldn’t normally see.

Often the locations are intriguing too, as the city relaxes and opens itself up for a few days. Go along to a midnight horror screening at the Town Hall, or a Peruvian farming documentary in the back room of a pub. Enjoy the unique, eclectic atmosphere.

There is a world of cinema out there away from the mainstream. Film festivals champion and celebrate the different, the up and coming and the long forgotten in equal measure.

Festivals give filmmakers the chance to bring their work to you, talk passionately about their hopes and dreams for it and absorb the audience reaction. Or you can just see some weird stuff you wouldn’t normally try.

Some people throw themselves wholeheartedly into a festival, buying a full-on film pass and taking on the challenge of seeing everything. You spot them looking dazed and confused towards the end, as they stumble out of the final extra screening of the unexpected festival hit. They’ll be doing it again next year.

Volunteering at a festival is a great way to learn about the industry or make connections with like-minded people, or to just feel the buzz of being part of something. There are opportunities for the taking, but even if you only manage to get to a handful of screenings, it makes a difference to the success of the festival.

Support your local film community by going along without preconceptions. Keep the conversation alive afterwards by telling your friends, talk and tweet about it. Go along, embrace the usual and open your eyes to the possibilities of cinema.