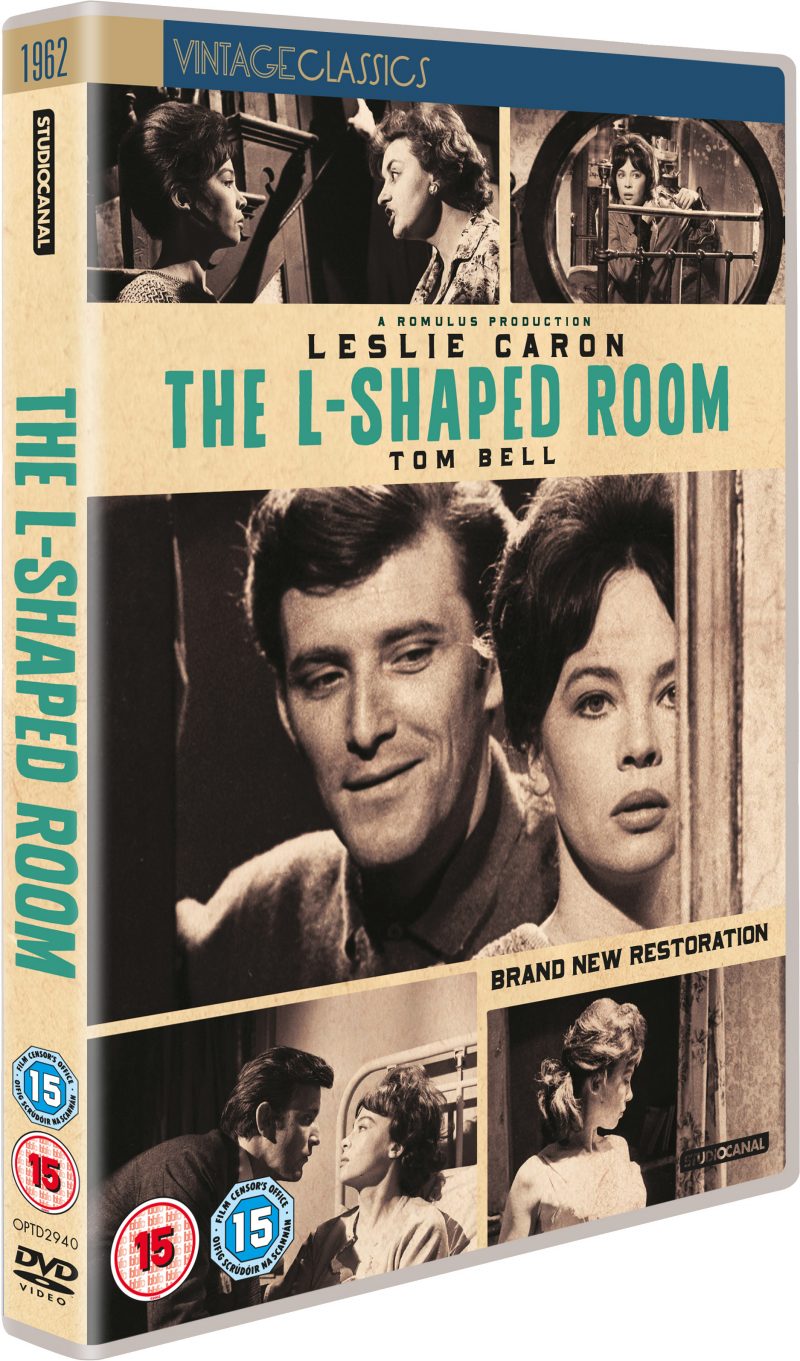 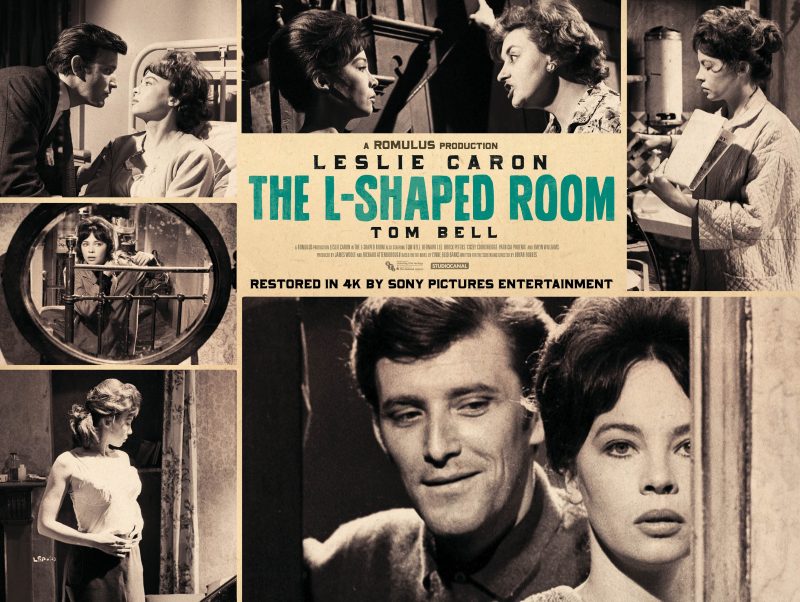 The L-Shaped Room, director Brian Forbes’s journeyman adaptation of Lynne Reid Banks’s first novel, is a curiosity. Reviewed in the New York Times as possessing ‘a chin-up tolerance of the Establishment AND the Kitchen Sink,’ a smart new STUDIOCANAL 4K digital restoration (available to buy on DVD and Blu-ray from today) affords buyers the opportunity to decide for themselves.

Released in 1962, The L-Shaped Room was considered daring for its time. It made money at the box office. Its star Leslie Caron won a Golden Globe and a British Academy award for her performance as Jane, a single, pregnant woman who takes a dingy room in a delapidated London boarding house and who has a tentative affair with another tenant Toby, a struggling writer (played with a potent mixture of charm and hair-trigger puritanism by Tom Bell).

Produced by John Woolf and Richard Attenborough, The L-Shaped Room ought to be able to take its place amongst those films inspired by the French nouvelle vague and its hard-won cinematic freedoms. Whichever way you slice it, however, the film is pure British orthodoxy and, together with Forbes, Woolf and Attenborough, is at odds with the more vital, upstart cinema emerging at the time. (All three were mortified when a drunken Tom Bell heckled Prince Phillip at the British Academy awards ceremony).

The L-Shaped Room wears some of its influences well. Down at heel exteriors, shot on location in London’s Notting Hill, add to the prevailing sense of shabby realism and faded glamour. In 1962, the area was still recovering from the aftershock of rioting and it shows. The squalor is palpable, and even such a beautifully painstaking job of restoration cannot disguise the film’s smog grey pallette.

But for one glorious instance of handheld camera, weaving its way amongst a Ban the Bomb street demonstration, cinematographer Douglas Slocombe opts to leave his magic tricks for the interior filming at Shepperton Studios. (It would take the genuine social revolution of Cathy Come Home to put the full misery of London’s slum-housing on the screen).

If The L-Shaped Room is cited as a key work of the ‘kitchen sink’ genre, it is mainly because of its subject matter: Jane’s unplanned pregnancy and the film’s euphemistic references to abortion are coupled with a sympathetic portrayal of homosexuality and prostitution. There are standout supporting performances from Brock Peters as a black jazz trumpeter and Pat Phoenix as a ‘tart with a heart.’

Best of all is Cicely Courtneidge, whose moving portrayal of Mavis, a faded music hall actress growing old amongst her memories, with only Benji her cat for company, will break your heart. Her Christmas day singalong – familiar to Smiths fans the world over – is a masterclass in what Toby calls, ‘the English taking their pleasures very sadly.’ 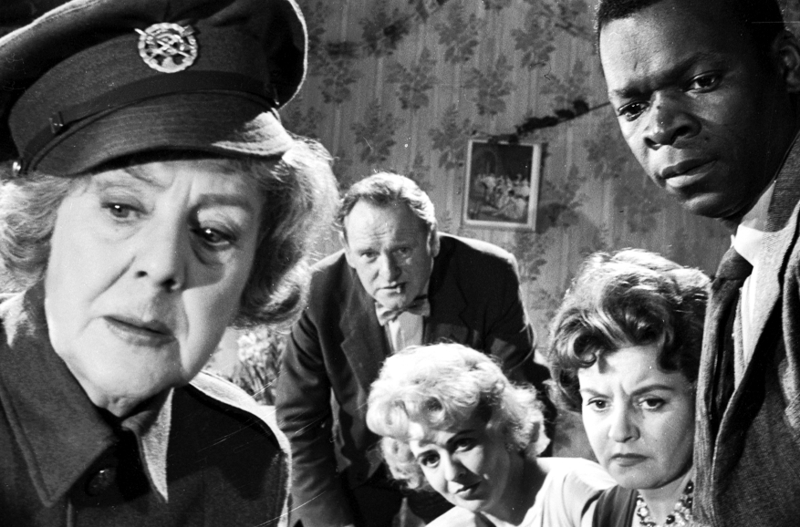 More problematic is Hollywood star Leslie Caron, cast against type as ‘plain’ Jane. Interviewed for the disc’s extras, Banks says that the decision to switch the nationality of her novel’s protagonist from English to French rankled. The author adds insult to injury by recalling the time she was quoted in a newspaper as saying how Caron had ‘very effectively deglamourized herself.’

For her part, the actress remembers The L-Shaped Room as ‘very stressful.’ She has few happy recollections of making the film. It shows in her performance which consists of sullen stares and a hairstyle which becomes dishevelled in direct proportion to her character’s distress. (“I asked Bryan to wipe the smile off my face,” she says, “and that’s what he did.”)

The real stumbling block, however, is the lumpen direction – all the more surprising given the wonderful job Forbes had managed on Whistle Down The Wind a year before. Room At The Top’s Jack Clayton was originally scheduled to direct, though it is difficult to say whether even he could have made a better fist of it given the flaws in Forbes’s episodic screenplay. (Caron found the script dated and her character too passive; Forbes rewrote the part even as the actress was complaining to him about it).

In a short documentary, included as an extra, two academics charged with establishing The L-Shaped Room’s credentials as a British New Wave classic seem unconvinced themselves, and it is Caron who adroitly settles the matter once and for all in her entertaining interview sequence.

In 1967, five years after The L-Shaped Room, another French actress, Catherine Deneuve, would slowly become unstuck in a tawdry London flat. By then, the British New Wave had run its course, the sixties were in full swing and unplanned pregnancies and housing problems had switched to the small screen and the Wednesday Play on the BBC.

StudioCanal’s digital restoration, in collaboration with the BFI’s Unlocking Film Heritage programme, may just put The L-Shaped Room back where it has probably always belonged – somewhere between the Establishment AND the Kitchen Sink. 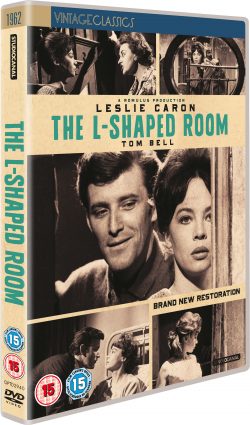 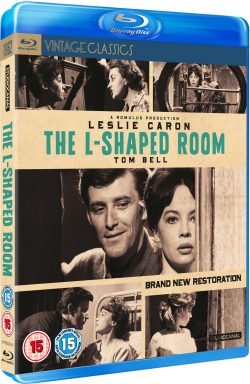 For a chance to win a DVD of THE L-SHAPED ROOM, click here.