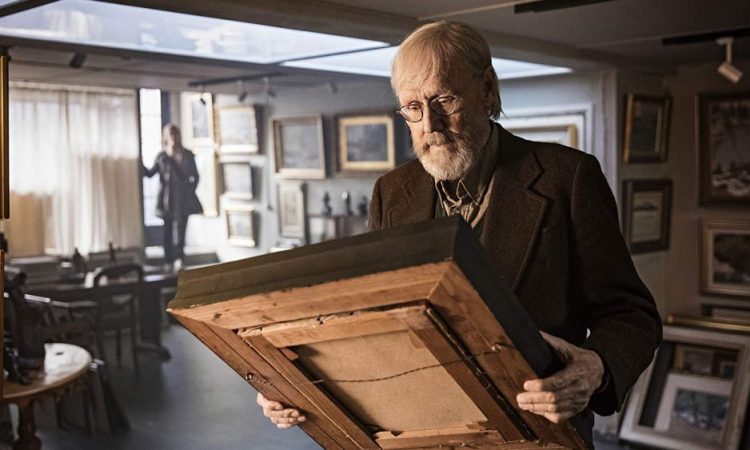 In the picture. ANNA CALE enjoys an art world mystery from Finland as part of #LIFF2019

Olavi Launio (Heikki Nousiainen) is an old school art dealer in Helsinki. He’s a man who exists in a bubble of familiar routine and old-fashioned business dealings, amongst the comfort of dusty paintings and books, counting down the days until retirement. But at a visit to a local art auction, an unsigned painting catches his attention. Olavi believes it to be rare and worth a small fortune. Can he pull off this one last deal and leave the art world a success?

This 2018 Finnish drama from director Klaus Härö is an elegant film, low key but wonderfully paced. Part art detective trail, part family relationship drama with an added high note of redemption, it also brings focus to the shifting landscape in the art world and the creeping consumerism replacing the instinctive transactions of the past.

Nousiainen gives an understated but complex performance as Olavi. He seemingly cuts a sad and lonely figure, a curmudgeonly man of simple pleasures, living for his art. He collects his daily cake from his favourite patisserie and dines alone by the subdued light of a single lamp amongst the clutter of his creaking apartment.

But he’s not wholly sympathetic. He can be gruff, instinctive and quite ruthless. We also learn he’s estranged from his family, and when grandson Otto (Amos Brotherus) arrives unexpectedly in his shop needing a job placement for his schoolwork, family responsibilities come crashing back into Olavi’s uncomplicated existence.

The relationship between Olavi and his 15-year-old grandson is wonderfully played by both actors, as they find common ground in the thrill of making a deal.  The emotional journey of Pirjo Lonka as Olavi’s estranged daughter Lea unfolds on screen with striking resonance.  The crushing disappointment is palpable when her father can’t see the damage to their relationship, the realisation that he doesn’t know her at all.

The film is beautifully shot, with surroundings bathed in a warm glow that perhaps reflects Olavi’s unfolding autumn years. There’s also a real sense of time passing and of place. Just like the mysterious painting at its heart, this is a real hidden gem of a film.