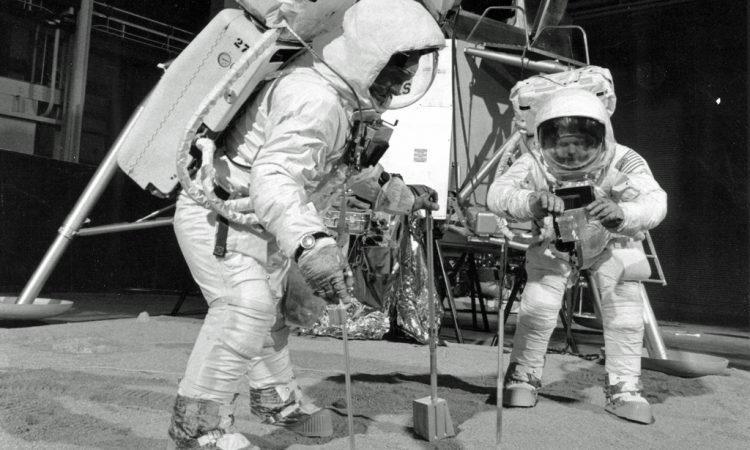 BRADFORD PICTUREHOUSE is screening a series of films to commemorate the 50th anniversary of the Apollo 11 moon landing. Amongst the selection on offer is Capricorn One, Peter Hyams’ thriller about a fake mission to Mars. But was the film based on a stolen script? And was NASA to blame?

Soon after Capricorn One was released in 1978 an obscure writer called Bill Kaysing sued the director, Peter Hyams, for damages.

The primary cause for action is to recover the money taken illegally by the defendant, Peter G Hyams, who stole and/or plagiarized the intellectual property of the plaintiff, namely a copyrighted book titled “We Never Went to the Moon” written by the plaintiff, and used plaintiff’s ideas and concepts to create a film titled “Capricorn One.”

Kaysing, author of such works as Great Hot Springs of the West, The Robin Hood Handbook, Intelligent Motor Cycling, and How You Can Stop Smoking and Enjoy it, published his 78 page moon hoax book in 1974, and it gained a modest notoriety. He did the rounds of local talk radio shows promoting his theory, and the famous Kennedy conspiracy theorist Mae Brussell devoted a whole show to Kaysing’s book. Once during a live broadcast in Texas an unmarked helicopter attacked the radio station with napalm and destroyed the antennae, taking the show off air. Malevolent helicopters play a central role in Capricorn One but it’s impossible to find out for certain if this event ever happened or whether Kaysing began telling the tale after 1978 and was heavily influenced by the iconic imagery in the film.

During 1977 Kaysing was busy working on a screenplay for a film based on We Never Went to the Moon. His publisher hired a well known screenwriter, Ken Rotcop, for the task, and had plans to approach Sir Lew Grade, head of ITC Entertainment, with the final product. Kaysing alleged that he was watched by “unknown entities” and “ectoplasmic forces”, and his mail was spied on. At the very same time the team were about to pitch their screenplay, Capricorn One, produced by ITC Entertainment and directed by Peter Hyams, appeared in cinemas across the country.

The court case did not go far. But Bill Kaysing’s book sold a few more copies and his moon hoax theory received a boost from the publicity brought by Capricorn One. Most mainstream media credit him to this day as the grandfather of Apollo conspiracy theory as in this piece in last week’s Guardian and the accompanying excellent podcast. And contemporary conspiracists look back to the “credibility and detail of Kaysing’s research” (quoted from Science Fiction and the Hidden Global Agenda by Carl James, self-published, 2018) claiming it was NASA and not “unknown forces” who stole Kaysing’s script. NASA also faked the date of the Capricorn One copyright and intimidated anyone who looked into the matter in order to discredit the notion that the moon landing could have been filmed in a studio and stage managed (or so claims Kaysing’s only biographer in this podcast, at 44.30.)

The mainstream view that Kaysing is the originator of the moon landing hoax doesn’t exactly fit the facts. Norman Mailer, who at the time was one of the best selling authors in America, covered the moon launch for Life magazine, and in the November 1969 issue asserted that the event was conceivably “staged in a television studio – the greatest con of the century.” The paragraph on page 54 contains almost everything alleged by Kaysing, though much better expressed. At the time Life magazine sold over 8 million copies.

Moon hoax theories even pre-date Apollo 11. A BBC2 Thirty Minute Theatre production, The News Benders, aired in January 1968 features a film studio faking a moon landing and broadcasting it on “live” tv. Kaysing probably didn’t have a tv license so he may not have seen the programme.

However he did admit openly to being influenced by Lloyd Mallon, who wrote several books in the ‘50s and ‘60’s denying that the Soviets had gone to space. Mallon’s thesis was that nobody could trust the Soviets; everything was propaganda. He argued that all the footage is faked. He offered a deluge of technical detail, intimidating but relatively pointless and relied heavily on visuals that were difficult to interpret for the average observer. Kaysing took these “ideas and concepts” and simply transposed them to the American space program. He added a twist of his own, the “just asking questions” line, which has become a standard method of generating and maintaining conspiracy theories. But basically he did to Lloyd Mallon what he accused Peter Hyams of doing to him; plagiarism of intellectual content. Oddly Mallon also wrote a book on smoking, “It’s Safe to Smoke”. I don’t think Bill Kaysing got around to reading that.

Contemporary conspiracists are even more wrong about Kaysing’s moon hoax theory and its influence on Capricorn One. Peter Hyams wrote the script in 1974, before Kaysing’s book was even published. And, according to Ken Rotcop in his autobiography, “As I Remember It”, the screenplay he produced was not based on Kaysing’s book at all. It was going to be a film about Kaysing’s life and how anyone could possibly come up with such a crackpot idea (Rotcop thought he was a nice, genuine, caring guy but seriously deluded, which made a good story.) And the script went to Universal Studios. Sir Lew Grade was never involved. The film was never made.

The involvement of NASA (and Sir Lew Grade) is treated extensively in this difficult to read but entertaining piece by Frederick C. Szebin.

And it’s worth watching this video on the making of Paul Lazarus’s previous production, Futureworld, which shows how influential NASA’s actual equipment was to the visual aesthetic in both films. It makes the point that a film like Capricorn One could not have been made without real rocket science.

Kaysing’s moon hoax theory has no scientific credibility. And it’s obvious reading his book that he was much more influenced by popular culture and especially science fiction than he was by an understanding of celestial mechanics. To give an idea of the way he argues from a TV show or film about space travel to the idea that if it could be done in a studio it must have been done in a studio here are a couple of samples of his prose style.

He also mentions The Manchurian Candidate when trying to show how the astronauts were brainwashed and hypnotised. An argument from a film adapted from a novel based on some very dubious cold war theories of human psychology can’t be taken seriously.

Read Norman Mailer’s account of the psychology of the astronaut if you want to really understand why the Apollo crews behaved as they did.

In the end I think Mailer’s take on why the whole thing couldn’t be a fake, even though he admitted that it looked absolutely unreal, and the American government had plenty of motive and experience in “mass hoodwinking, deception, and legerdemain”, is more convincing than a moon hoax. It was easier to believe that “discipline and technology”, plus a hell of a lot of cash, could get a man on the moon, than to conceive of a conspiracy on such a scale.

Indeed, conceive of the genius of such a conspiracy. It would take criminals and confidence men mightier, more trustworthy and more resourceful than anything in this century or the ones before. Merely to conceive of such men was the surest way to know the event was not staged. Yes, the century was a giant and a cretin. Man had become a Herculean embodiment of the Vision, but the brain on the top of the head was as small as a transistorized fist, and the chambers of the heart had shrunk to the dry hard seeds of some hybrid future.

Appreciation of Capricorn One