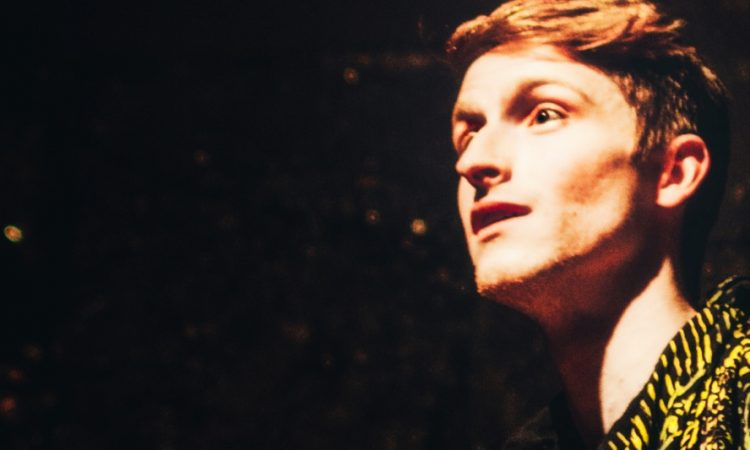 Bay Bryan wants to be a star – and in a new musical performance at Interplay Theatre in Leeds, he is exactly that.

Directed by Claire-Marie Seddon Growing Into My Beard is a sweet and touching one-man-show in which Bryan explores his experiences growing up ginger and queer with big dreams of stardom.

While the fame he strives for is evident in the recurring motif of stargazing, another yearning hides behind it.

The performance makes effective use of the Interplay Theatre’s stage, a reclaimed church space. Scattered with bean-bags, candles and bottles of wine, the atmosphere feels strangely like a small thespian society sleepover.

Bryan blends performance space with seating area, bouncing into the audience in his version of crowd-surfing, as he gets closer to being ‘fierce, but unapologetic’ – a mantra that comes from an encounter on the New York subway Bryan depicts comically by himself. Further comedy ensues when the show runs off-script, adding to the slumber-party feel.

Since it was last performed – when Bryan proposed to his boyfriend – it has been redeveloped. Under Seddon Growing Into My Beard examines the common strings that tie love and stardom together: self-acceptance, confidence and a willingness to allow others to see your true self.

Bryan yearns for love and fame, equally. Though the topics range from the good, the bad and the metaphorical (a talking, Scottish swan named Sammy), the solo show avoids pretentiousness in favour of an honest, comedic and silly telling of the performer’s battles with himself.

Examining aspects of his own queer identity, Bryan simultaneously refutes and celebrates them as defining qualities. This creates a busy itinerary of topics to cover in a short amount of time, the story speckled with acoustic performances that expand on the emotions running rampant throughout. Bryan uses music to symbolise acceptance, and draws several stories to their natural, yet unresolved, end.

Don’t be fooled by the title – Bryan sports a fresh face. And yet, as the performance closes, it makes perfect sense: Bryan is still growing into his maturity and testing the viability of his dreams.

Growing Into My Beard is a lesson in how to expertly introduce yourself – by offering the audience his most vulnerable side, Bay Bryan succeeds at stardom.