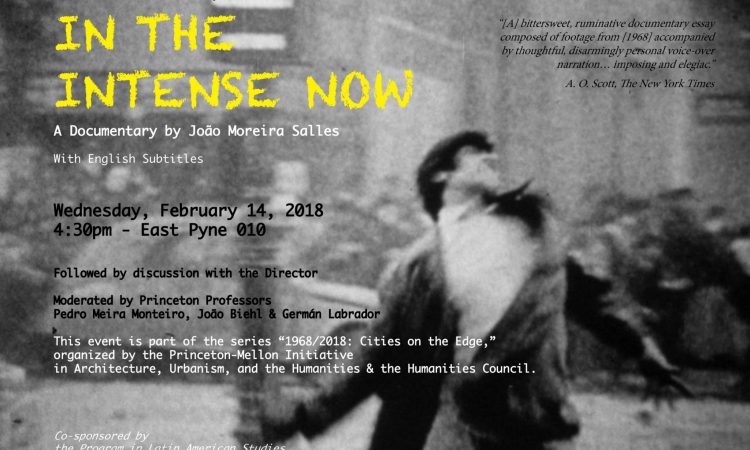 In the Intense Now is Brazilian director João Moreira Salles’s powerful meditation on the personal and political upheavals of 1968. ANNA CALE is captivated …

In the Intense Now (No Intenso Agora) is an extremely personal documentary from Brazilian director João Moreira Salles. The film juxtaposes footage from the upheavals of  1968 with fragments drawn from family home movies as part of its discourse on the effect of the political on the individual.

This award-winning 2017 film was shown as part of Radical Film Network’s RFN68 Festival, a 50th anniversary programme of screenings and discussions to mark the revolutionary fervour of 1968.

Introducing the film Stephanie Dennison, Professor of Brazilian Studies at the University of Leeds, provided social and political context, both to the events of 1968 and to the personal circumstances under which Salles works.

The film is a poetic essay. Contemporary news and amateur footage are combined with home movies of family events and holidays shot by the director’s late mother. A trip to China in the grip of Cultural Revolution shows the beauty and simplicity of the people and their lives. Salles wants us to understand that his mother captures a moment too, and in her own way shows history in action. We don’t always know what we are filming, he suggests.

The narration allows us to immerse ourselves in the footage of demonstrations and street battles, to absorb the feelings of euphoria in protest and the possibility for change.

The fragments of quiet family life add poignancy and a sense of longing. Salles’s family lived in Paris at the time of the uprisings, but their experience of the city was markedly different. To his young eyes Paris felt dark, while his home in Brazil was always luminous.

This was a time for young people, and the film tracks the journey from self-discovery and political engagement to the inability of the youth movement to carry on. All that energy should lead to revolution; young people had something to say, only they didn’t know what it was.

The film poses questions simply by letting events unfold. In 1968, everything seemed possible, but what actually changed? Life simply adapts, normality returns and intensity drifts away. Salles captures it beautifully.

The #RFN68 season continues. Details can be found here.